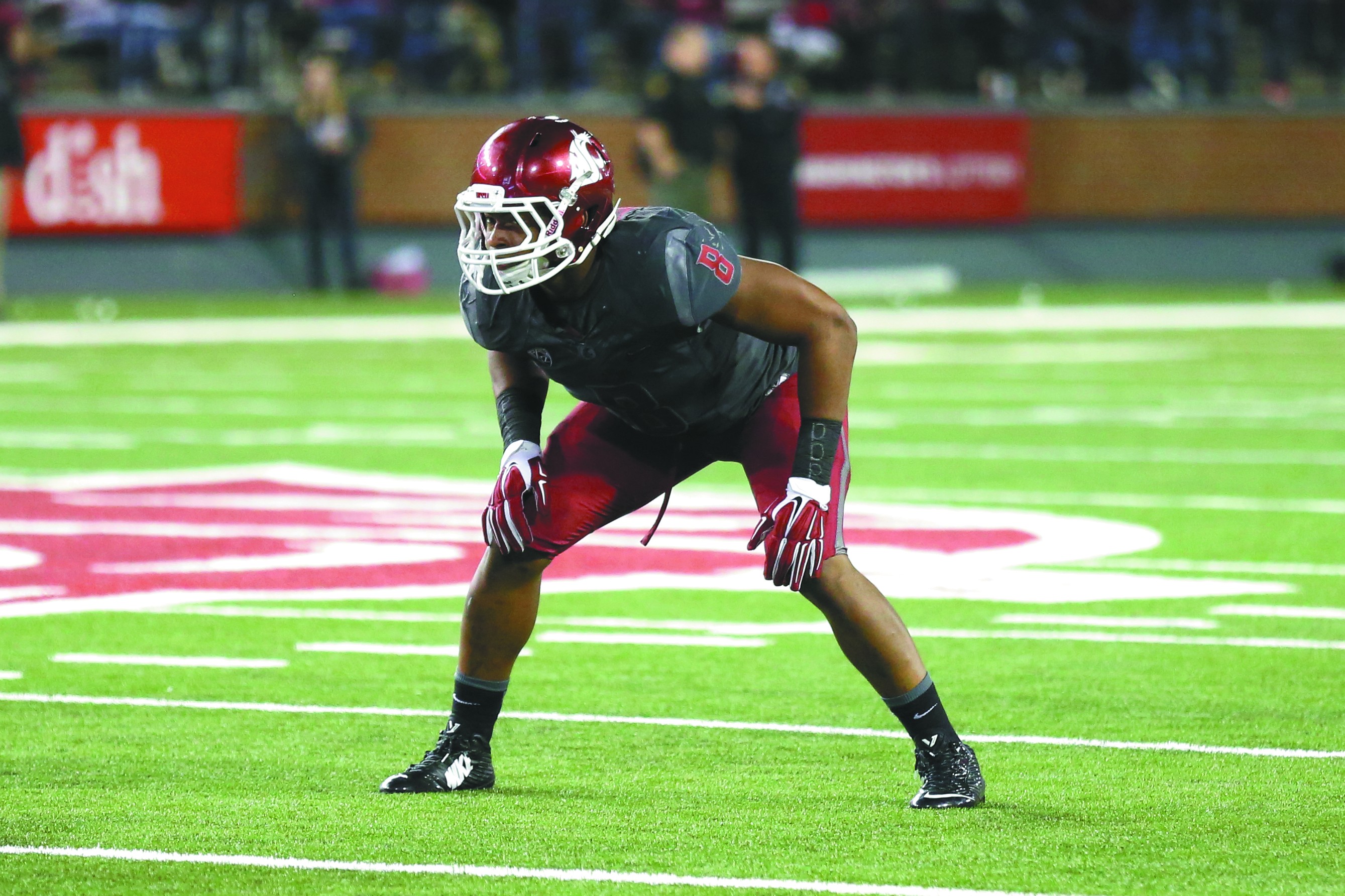 Jeremiah Allison has made the adjustment from L.A. to the Palouse to help anchor the WSU defense.

of several pro and college football players have generated a glut of negative headlines of late. That's just one more reason why Washington State fans are so thankful to call Jeremiah Allison one of their own.

Allison, a junior linebacker from Los Angeles, would appear to be everything you want a son to be: charming, intelligent, ambitious and gifted. Lucille Allison loved to brag about her son, but their close bond ended far too soon when Lucille died shortly before his first college game in 2012.

Allison visited his mother daily for months after she suffered a heart attack that left her in a coma for the final seven months of her life. Allison grew up and attended school in inner-city neighborhoods, and he is quick to credit his mother for motivating him to excel academically, athletically and morally.

"I wanted to be the flower that grew from concrete," Allison says. "I wanted to be that motivation to that child who didn't have those other outlets and resources to feel he could prosper. I was just a product of my community, and I wanted people to know that good things come from where I am.

"How I focused — my mom just kept me busy. She kept me in all sports. I lettered in high school in track, basketball and football. I didn't have time to dibble and dabble in any negative extracurricular activities," he says.

Allison was heavily recruited after compiling 63 quarterback sacks and straight-A's at Dorsey High School in L.A. Washington State coach Mike Leach made an impression on Allison by visiting him in gang-filled areas.

"Coach Leach actually came to my high school and sat in the middle of Dorsey," Allison recalls. "Dorsey is right across the street from one of the biggest gangs in L.A., which is the Black P. Stones (Jungles) ... I'm like, 'Coach Leach, do you know where you are?'"

But Leach and his assistant coaches weren't intimidated.

"Another thing was, on my home visit, the coaches came right to my doorstep. They didn't call: 'Oh, we're right outside.' I live right in the heart of gang territory," says Allison. "They came and knocked on the door with all their crimson gear on. Crimson's similar to red, and I lived in a Crips neighborhood (the archrival Bloods wear red). I'm like, 'All right, y'all.' It just showed me their commitment and their loyalty and how they really wanted me to be part of the Cougar family."

Moving from the inner city to the rural Palouse required some adjusting, Allison acknowledged.

"My first night out here, I had a hard time sleeping because I didn't hear helicopters," Allison says with a smile. "And the streets were quiet. I was like, 'Wow!'"

Allison, an aspiring criminal lawyer, is pursuing degrees in criminal justice and political science. He says he never received anything but A's from sixth grade through high school. He currently carries a grade-point average of approximately 3.3, ranks third on the Cougars with 43 tackles and is heavily involved in school and community activities.

"I always grew up saying, 'Each one, teach one,'" Allison says. "You never know what kind of effect you can have on a person's life, so I always want to be that positive reinforcement for certain individuals."♦