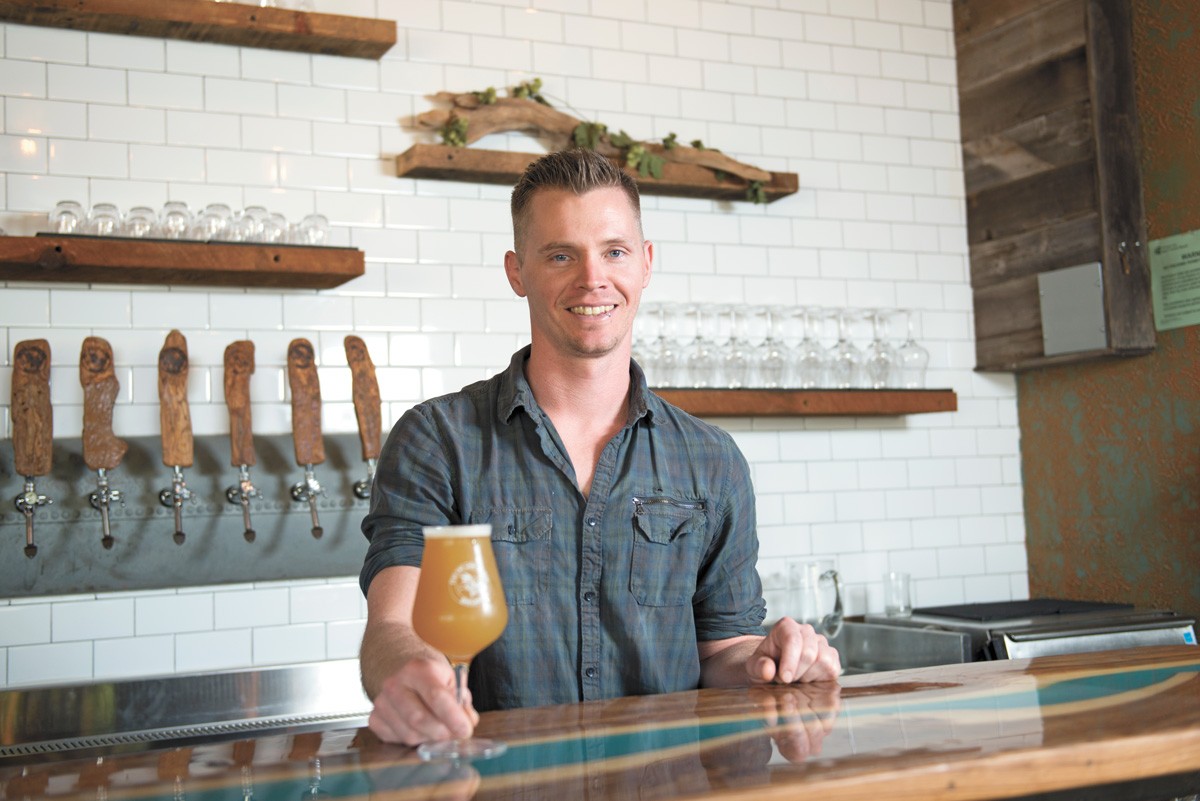 Brick West Brewing Co.'s Brick West Pilsner
I'll fully admit that I'm one of those people who has mostly made the switch over from craft beer to hard seltzers the past few years. But while seltzer is absolutely refreshing on a hot summer day, there are some days when nothing sounds better than a crisp, light beer. That's when I turn to the Brick West Pilsner, a super drinkable, German-style pilsner that's about 5 percent alcohol by volume. If you have fond memories of cracking open a lighter beer after mowing the lawn, taking a long hike or floating the river, this is the local brew for you. (SAMANTHA WOHLFEIL)

For the Love of God Brewing's Guava Guava Sour
Just in time for warm weather, this craft nanobrewery in the Audubon-Downriver neighborhood installed an outdoor, sidewalk-facing patio. For the Love of God Brewing debuted back in fall 2019, and while the brewery has been selling growlers (and occasionally cans) to go throughout the pandemic, its new outdoor seating is reason enough to stop by for an in-person pint. While options range from hazy IPAs to pastry stouts, my main attraction to For the Love of God is its creative sours. This (8 percent ABV!) guava-laden creation has much less "bite" than I expected. The smooth, tart, tropical-inspired beer is an easy drinker — perfect for sour newbies and aficionados alike. (CHEY SCOTT)

YaYa Brewing Company's Fluffy Puffy Sunshine
A while back I headed to CenterPlace Event Center in Spokane Valley for a record sale and decided afterward to swing by a then-new brewery in the neighborhood. Lucky for me, the tasting room at YaYa Brewing had space for me to grab a table along with my first taste of Fluffy Puffy Sunshine, their New England IPA. YaYa opened in fall 2019, and while their menu includes an impressive array of stouts, saisons, pilsners and pales, it's this big-bodied, citrus-forward IPA that gets my mouth watering as soon as I see its bright yellow can. And I mean that literally. The drooling would be embarrassing if the payoff of this 6.5 ABV brew weren't so worthy. (DAN NAILEN)

Iron Goat Brewing's Blackberry Apricot Sour
I never really gravitated toward sour beers until I took a sip of this Iron Goat staple, and then I was hooked. It's tart but sweet, sharp but smooth, and it has become my go-to whenever I stop in. This particular beer has one of those flavors that can hit your tastebuds pretty hard the first time you try it, and as is the case with most sours, it could be described as an acquired taste. But that taste is definitely for me, and I associate it with long summer nights when Iron Goat opens their garage door and I'm crowded around a table with my regular trivia team. During the pandemic, picking up a couple of to-go cans or having a crowler of it delivered right to my front door brought me just a little bit of normalcy, and now that I'm going back to places in person, I'll be ordering it more often. In fact, I'm enjoying one as I type this. (NATHAN WEINBENDER)

Durkin's Liquor Bar's Basement Bar
Some bars are lively, energetic. Some are cozier, intimate — the kind of place you can have a real conversation. Others feel sort of like a speakeasy, an escape from modern life. But the basement bar at Durkin's somehow does all three. I might go to Durkin's basement bar to cap a Friday night out downtown with friends, or I might go just because it's a good place to sip an old fashioned in a comfortable chair. The cocktails are top-notch, to be sure, but it's the ambience that makes it my favorite place to get a drink in Spokane. (WILSON CRISCIONE)

Dry Fly Distilling's Triticale Whiskey
Whiskey is the best of all liquors, and Dry Fly Triticale is the best of all whiskeys. It's pricey for someone as frugal as me, but it's the good stuff, the stuff I share with the people I care about. For my friend's 30th birthday, I had a plan: I'd buy a $40 bottle of Triticale, hop on my bike, and swing by his party in West Central. I could shave off a few minutes, I figured, by cutting through Riverfront Park. Instead, I found myself trying to walk my bike through a mob of Pig Out In the Park attendees, my bottle of precious whiskey swinging on a plastic bag from my handlebars. And then, I felt it... a trickle down the front of my jeans. The bottle had broken, along with my heart. Whiskey, whiskey, everywhere but not a drop to drink. It was the best bottle of whiskey I never got to taste. (DANIEL WALTERS) 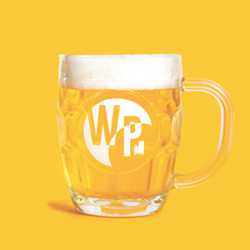 Whistle Punk Brewing's Czech Pilsner
Brewing a pilsner is a challenging task. The light lager provides little room for error, as the simplest flavor and aroma flaws have nowhere to hide. When it's brewed successfully, it's nearly the perfect beer. That's why, no matter the season, Whistle Punk's Czech Pilsner is always a winner for me. Owner and brewer Matt Hanson has spent a good chunk of his time trying to master this lager modeled after the classic Pilsner Urquell — and he's damn well pulled it off. Sticking to tradition, it's brewed with Bohemian Pilsner malt and hopped aggressively with Czech Saaz. The downtown brewery's dedication to the style even goes beyond ingredients. They pour the pilsner from a side-pull beer faucet and serve it in a short, heavy glass mug. I recommend grabbing a pint and taking a seat in the alley patio on a Sunday, when they offer $4 Czech Pilsners. (DEREK HARRISON) ♦

The original print version of this article was headlined "Bottoms Up"