Though it’s only “in-concert,” the Civic’s West Side Story is a concert you won’t soon forget. 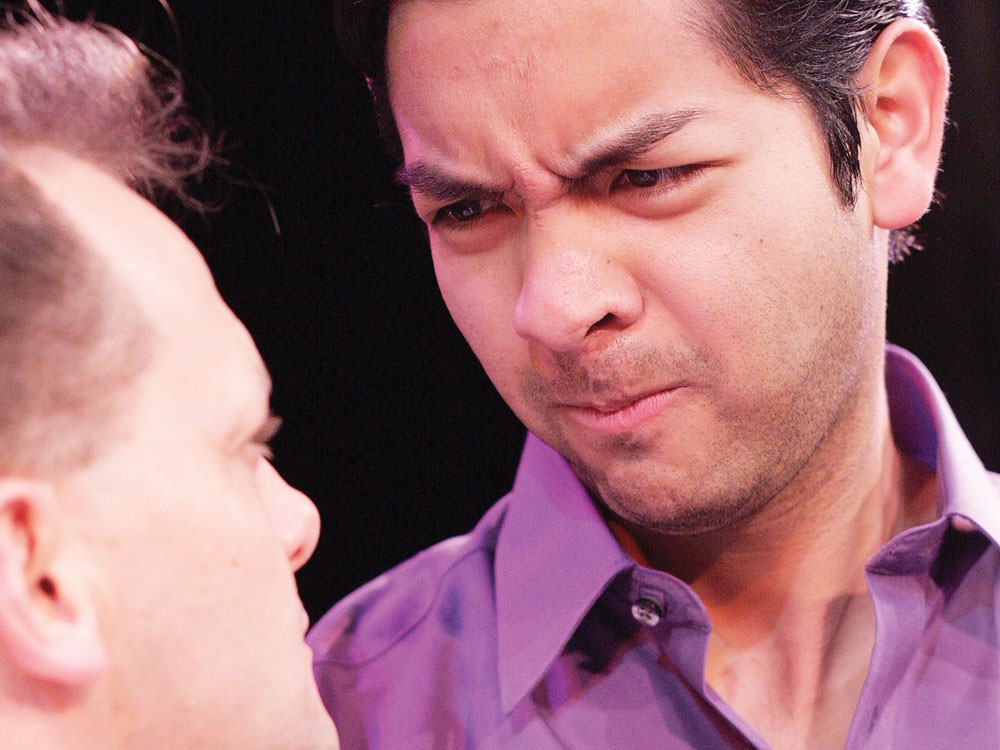 An in-concert version of West Side Story? So let’s get this straight — they took Romeo and Juliet, changed the names and added some songs, and now they’re just going to tell the singers to plant themselves behind some music stands for a session of “park and bark”?

Not in Yvonne A.K. Johnson’s production.

For two nights only at the Civic, Johnson is going to direct a large-scale production: 16 onstage instrumentalists, 25 singers, 29 dancers. There will be an alcove for Doc’s store (he’s the authority figure in the musical), another side stage used for the bridal shop (where Maria sings “I Feel Pretty”) and an upstairs climb to an actual balcony (where Michael J. Muzatko and Andrea Dawson, as Tony and Maria, will sing “One Hand, One Heart”).

And instead of just a quick musical interlude for the dance at the gym when Maria and Tony first meet, nearly 30 students from Lewis and Clark High School will perform a fully staged dance break: the Jets in blue, the Sharks in purple, Tony and Maria locking eyes from across the room, and all those cavorting kids creating a sense of how many obstacles there are to true love.

Johnson and musical director Max Mendez are going for “a full symphonic sound,” so Dawson will get her solo turn in “I Feel Pretty,” but then the entire women’s chorus will echo her; on “Tonight” and “America,” the entire cast will sing the repeat choruses.

Johnson’s even going to use the exact same starry urban backdrop created by set designer Peter Hardie the last time the Civic presented West Side Story, back in 1993.

Johnson’s concert version, then, will be more than just semi-staged. And that has advantages, she says: “In an in-concert show — and this is the magic of readers theater — you get to imagine what’s happening for yourself. As you’re listening to the show, you’re getting enough hints of everything that it becomes your own musical.”

You get to summon up whatever recollections you have of Natalie Wood as Maria, and Rita Moreno as Anita singing “America,” and all those stylized cool-cat dance moves designed by Jerome Robbins for the 1961 movie — along with memories from whatever other versions of the Leonard Bernstein-Stephen Sondheim show you may have seen — and blend them with what the Civic’s staging suggests.

The Civic’s in-concert productions of the past several years fall into two categories: obscure and/or controversial (Hair, Into the Woods, Sweeney Todd, Chess), or popular but expensive to produce (Jekyll & Hyde, Evita and West Side Story).

While in-concert shows mean less of a time commitment for performers, they’re also a way of sneaking into the schedule moments of beauty that otherwise wouldn’t be heard, like the rendition of “Somewhere” by music teacher and opera singer Darnelle Preston. Johnson says hearing Preston sing the show’s anthem of hope “is a treat beyond words. In rehearsal, every time she sings it, I hold my breath.”

But people die in West Side Story. Not surprisingly, given its Shakespearean source, it’s a tragedy (based on the play we discuss here). So how hopeful can it be at the end?

In the final tableau, the gangs put down their knives, “so it’s resolved for now,” Johnson says. “But will it remain resolved in the future? And if there were a West Side Story 2, would it still be resolved?”

You’ll have to wait for Dawson’s delivery of Maria’s final monologue to find out.