With a new Location, Amplified Wax continues to nurture the local music scene 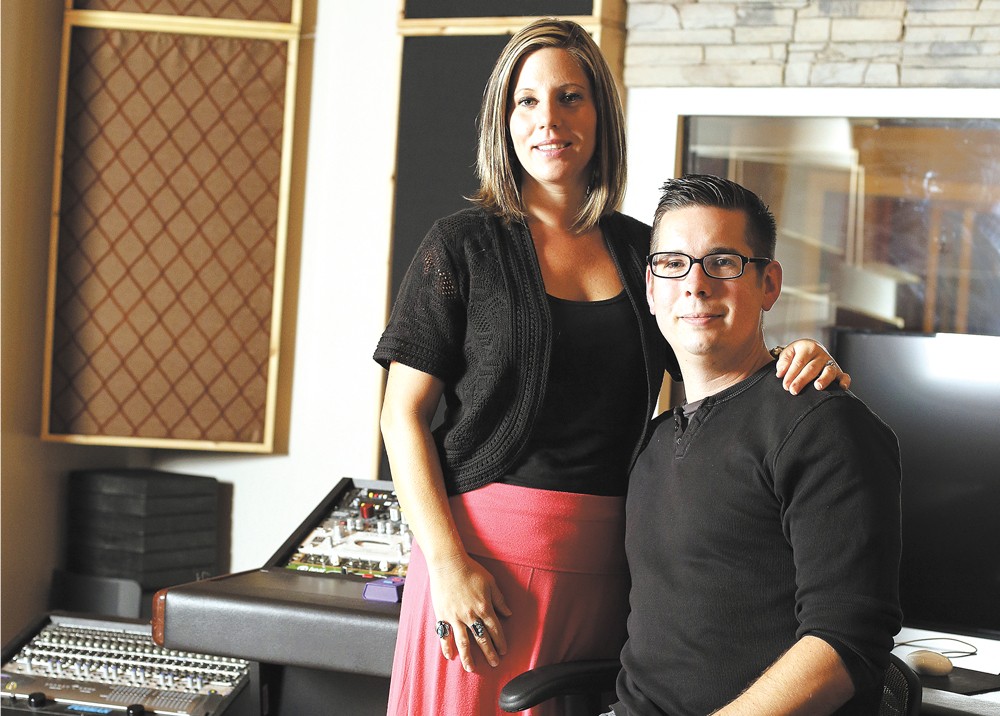 Controlling knobs and switches from his swiveling chair, audio engineer Jimmy Hill works to find a band's perfectly balanced, tight, crisp and present sound. But it took 13 years to get here.

He says in the beginning he had no clue what he was doing. In January, Amplified Wax Recording and Design Studio, which Jimmy owns with his wife, Mandy, moved from its Garland District digs to a new downtown location. They now own this meticulously refurbished, glossy space with high ceilings and hardwood floors, making it one of the highest quality studios in town.

Yet, like many recording studios, Amplified Wax began in a basement. Two weeks into their marriage, Jimmy quit his cushy bank job to pursue his own business.

"That was scary," admits Mandy. "You never know how something will work out."

But Jimmy says his hobby of recording friends' music (he grew up playing in local punk and ska bands) was starting to get in the way of his actual job. He didn't have time to do both so he set up shop in his own home, before eventually upgrading to a rented Garland spot. Each move has been a step forward in the level of professionalism, they say, and now the studio, which includes a control room, large open recording space and two isolation booths, is booked out two months solid.

Recording studios are by no means new to Spokane. According to the Spokane Daily Chronicle archives, the first Spokane recording studio began in 1938 and specialized in recording dance orchestras, programs and speeches. Now thanks to the graduates of the quality two-year audio engineer program at Spokane Falls Community College, which Jimmy attended, there are many recording studio options in the area. Jimmy says this only helps to further the local music scene.

While some national touring musicians have recorded at Amplified Wax, even Spokane-native Myles Kennedy (of Alter Bridge and vocalist for Slash's band), the company's bread and butter are local bands. They say they'll never forget that.

"We can create our own sound in this town," Hill says. "Literally, do what we want because there isn't a huge precedent."

Hill prides himself in working with groups of all genres (recently Stevie Lynne, Nixon Rodeo and the Broken Thumbs) and says that Spokane is poised to become the next booming music town, like an Austin or Portland.

"We have all of the tools to blow up musically at any point," he says. "I'd like to be here when that happens."

Their jobs are defined. Jimmy takes the producer and engineer role while Mandy works on the promotion and design aspects of a band's image, along with the office side of the business.

Jimmy is clear that he doesn't write songs — that is the band's job — but he'll certainly help arrange a tune.

"I'm not trying to be the outside fifth member of a band," Jimmy says. "But I'm not going to say, 'sounds good, dude,' either. I'm simply trying to contribute to the team."

He is still picky about the projects he works with, however.

"I do my homework on an act," Jimmy says. "If they're not quite ready to record because their sound isn't quite there, I'll tell people to keep working and come back to me in six months. But I'm not here to smash people's dreams either."

First he'll sit down with the band to set goals and a budget, depending on the project. Jimmy says for many bands the best place to start is to release a strong single.

"Being in bands, I understand wanting to get a whole new album out full of your own songs, but that may not be the wisest first step," he says.

There are dreams of a future where more regional bands book studio space here, and they've put out feelers in Seattle and Portland.

"If we do this right, we can be a destination spot," Jimmy says. "We're so much cheaper than what many of those studios charge, and we're just as good."♦