A new report criticizes the professionalism of Spokane police; plus, courts strike down another anti-tax law 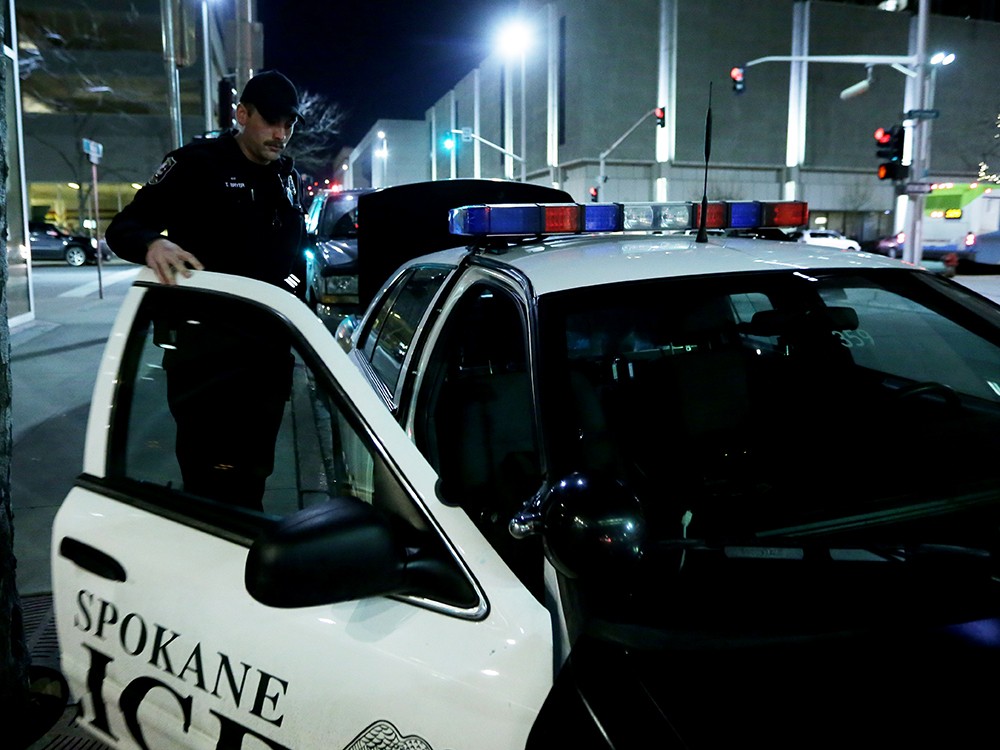 In its final report to the city on police reforms, the Use of Force Commission outlines several concerns about the workplace culture of the Spokane Police Department, criticizing some officer attitudes toward transparency and professionalism.

Commissioners initially recommended an audit of the department’s working culture, but, after public urging from the nonprofit Center for Justice, they took the additional step of listing specific cultural observations in their final report.

“The Commission believes that the SPD’s culture needs to be improved when it comes to issues of professionalism, transparency, public mindedness, and generosity of service, especially towards community members from marginalized populations,” the report states.

Commissioners balanced those criticisms with praise for the good faith efforts and hard work of many officers within the ranks of a “noble profession.”

The commission also announced it would conduct three progress reviews in the next two years to monitor the department’s implementation of the recommended reforms.

Justices voted 6-3 in the controversial decision, ruling the requirement conflicted with legislators’ authority as outlined in the state Constitution.

The case, League of Education Voters v. the State of Washington, stemmed from the Tim Eyman-backed Initiative 1053 that voters approved in 2010. Voters have passed several other similar two-thirds requirements in other initiatives.

The court’s majority opinion clarified the justices had not passed judgment on the wisdom of such requirement for tax increases, just its constitutionality.

“Should the people and the Legislature still wish to require a supermajority vote for tax legislation,” the opinion states, “they must do so through constitutional amendment, not through legislation.”

Senate Bill 5100, sponsored by Spokane Valley Republican Sen. Mike Padden and Hoquiam Democratic Sen. Jim Hargrove, passed the Senate unanimously Tuesday morning. For minors who had been sexually abused, it extends the statute of limitations until the victim’s 30th birthday. Previously, unless the rape of a minor over the age of 14 was reported to police within a year, the statute of limitations for prosecuting the crime was only three years.

The new bill would extend the statute of limitations but wouldn’t eliminate it.

“There is a real case to be made that you need some sort of statute to encourage people to report their crimes within some period of time to be better able to catch the perpetrators,” Padden says.

In 2011, Spokane City Councilwoman Nancy McLaughlin testified before the House Committee on a similar bill. For the first time in public, she shared how she had been sexually abused by her father.

That bill would have removed the statute of limitations entirely. But while it passed in the House unanimously, it didn’t advance in the Senate.

McLaughlin says she’d still like to see the statue of limitations eliminated.

“It’s a huge step in the right direction,” McLaughlin says of the current legislation. “[But] I’m very against having an arbitrary line. Victims come out when they have the support system around them.”