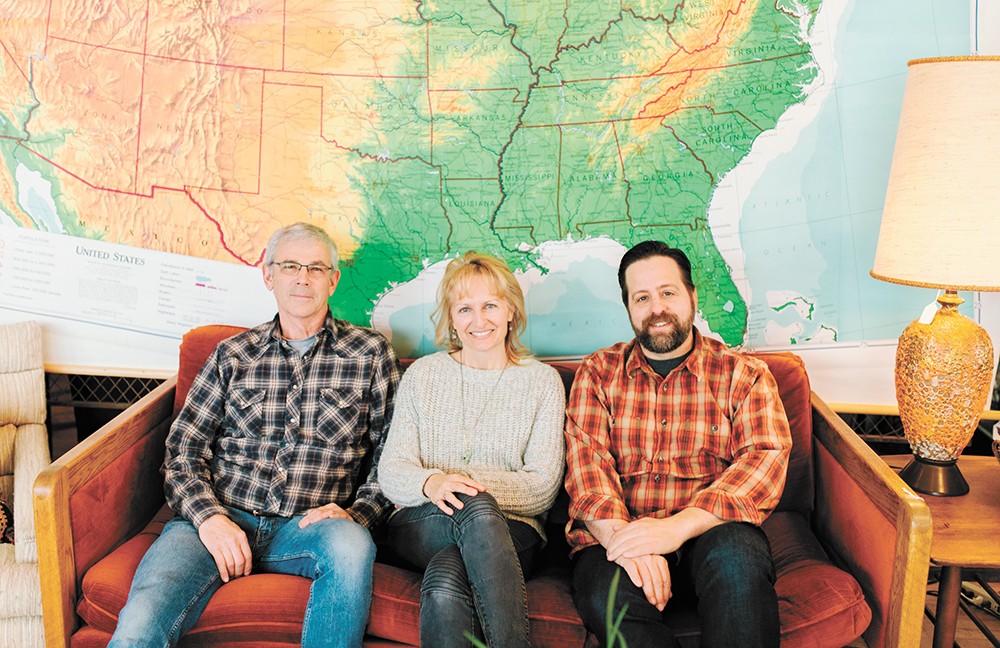 Novelty stores that sell antiques, souvenirs and small, niche specialty goods can have a tight-knit customer base, but how do they fare when their close following is severed from them by a total pandemic shutdown?

It requires some patience and innovation on the part of the business, as well as confidence their customers will come back. This was the case for Douglas Bean, owner of the Pink Cadillac in the NorthTown Mall, a store that sells a range of swords and knives, many of them real-life imitations from video games such as Zelda and Final Fantasy, among other collectibles.

Bean's store has been in operation for 27 years, feeding off the enthusiasm that his customers have had for his unorthodox selection ever since it was established in 1993.

"We love the community here and value the customers' support that we've had. Me and my wife want to continue that relationship with this community," he says.

During the shutdown, Bean maintained a Facebook presence for the store. The page is managed by his daughter and he regularly sends content to let his followers know what's going on.

Local breweries are forced to adapt and an upcoming beer collaboration aims to support the industry: Drink Local

Another business that turned to social media during the shutdown was Boulevard Mercantile, a vintage furniture store run by co-owner Dan Webb. While it was closed, customers could message online and pay for products, opting for curbside pickup or delivery.

"Social media wasn't the same as having our doors open, but it did bring us a bit of income," Webb says.

That bit of income was crucial for the store, as the shutdown came to them after they had just paid the expenses of moving to their new location on 1012 N. Washington St. They moved on March 6 before having to close March 20. They had their grand opening, yet they had to be closed for weeks afterward.

"It was like having an opening all over again because people hadn't been to our new space," Webber says, referring to their reopening after the shutdown. "But they were eager to visit the store when we opened. Business has been going well."

In North Idaho, the situation is similar. The Front Porch is an arts and crafts store in Hayden, and owner Roger Garlock is happy to see the community support a small business like his after the shutdown.

"We got a really good rebound," Garlock says. "People came out in force for our opening weekend. We even had people driving here from Spokane, saying, 'Oh, it's nice you're open' and things like that." ♦

The original print version of this article was headlined "Novel Approaches"