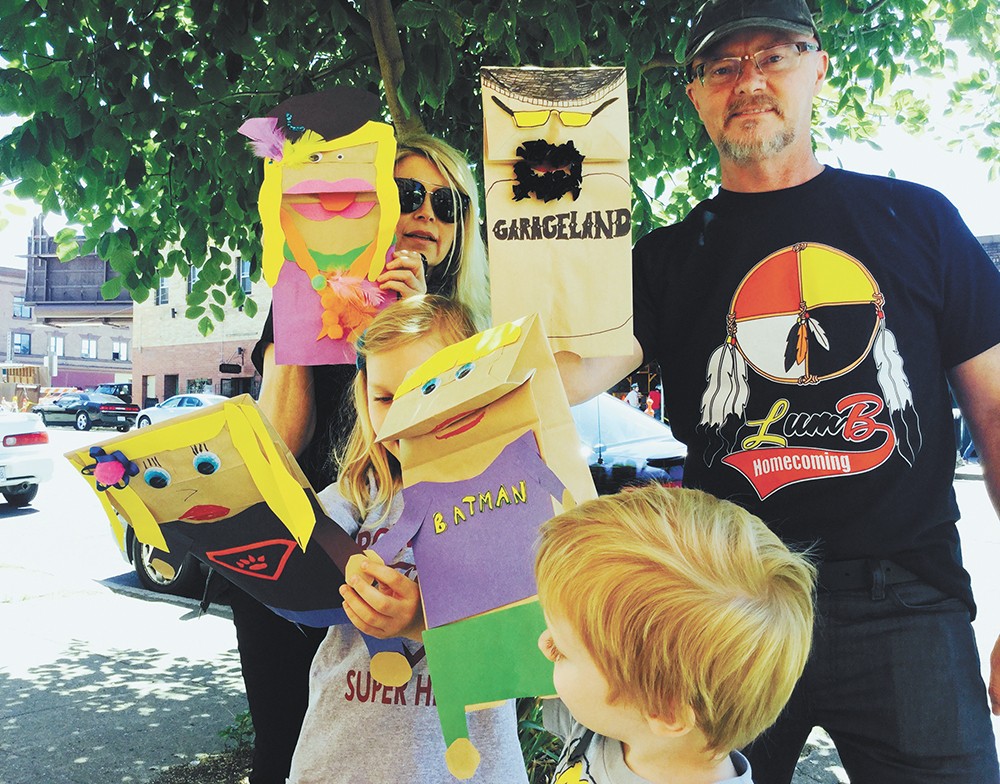 Shaun Springer jokes that he had to trick people into helping him make his latest movie.

As he's been cobbling together his feature film The Garageland Chronicles in piecemeal fashion since late 2015, the director admits that most of his actors and crew weren't really sure what he was up to. Even the owners of Garageland, the downtown bar and restaurant that up until recently was also a record store, were a bit confused as to why Springer kept asking permission to film inside their establishment.

But now that it's mostly finished, it's much clearer what Springer was going for. The Garageland Chronicles is a loosely structured anthology film, a patchwork of 12 chapters that each focus on one of several characters, the employees and customers of a record store who weave in and out of one another's stories.

Each individual segment could probably function as a stand-alone short, Springer says, but they tell a more cohesive story when laid atop one another. He likens it to Kevin Smith's 1994 breakout film Clerks, in that it's a series of vignettes strung together with the thinnest of connective tissues; you could just as easily compare the approach to Richard Linklater's free-floating 1991 ensemble piece Slacker, or Coffee and Cigarettes, a compilation of shorts by Jim Jarmusch that was released in 2003.

"Some [scenes] are funny, some are serious," Springer says. "When we were putting it together, we had to figure out what order these happen in, because some have more formal introductions than others. Some go from comedy right into drama."

Jamie Junction photo
Garageland is home base for a new anthology film made in Spokane.

There are a lot of moving parts in The Garageland Chronicles, and they're linked by a plot line involving an apocryphal Andy Warhol piece. Over the course of the film's dozen chapters, there's a demonic possession, a sequence in which the five stages of grief manifest themselves physically, and an examination of failed relationships presented as a TED Talk. It even breaks for a music video halfway through, with local band Flying Mammals performing alongside paper-bag puppets resembling some of the movie's characters.

The film also features a cameo of sorts from comedian Marc Maron, who happened to be shopping for vinyl in Garageland while the film was being shot and agreed to the part of a background extra.

Springer says he was "calling in a lot of favors" as he chipped away at The Garageland Chronicles, recruiting a rotating group of crew members and working primarily on weekends and on the days he had off from the zombie series Z Nation, where he works in the camera department. He says he's now aiming to have the feature in polished, finished form in time to submit it to next year's Spokane International Film Festival.

Last week, Springer and his producers launched a Kickstarter campaign, which exceeded its $3,000 goal in a matter of days. They've also received a $4,000 grant from Spokane Arts, and these extra funds (which considerably exceed the actual budget of the film) will go toward reshoots and post-production touch-ups.

Regardless of how people eventually see The Garageland Chronicles — whether it be at a festival, a private screening or online — Springer hopes that audiences can get on the film's wavelength and accept its admittedly unusual structure.

"I really hope they're entertained. I know that sounds so generic," he says. "I hope people dig it as a concept, and maybe it touches them. I guess what I can expect is someone watches it and says, 'I liked eight of those.'"♦