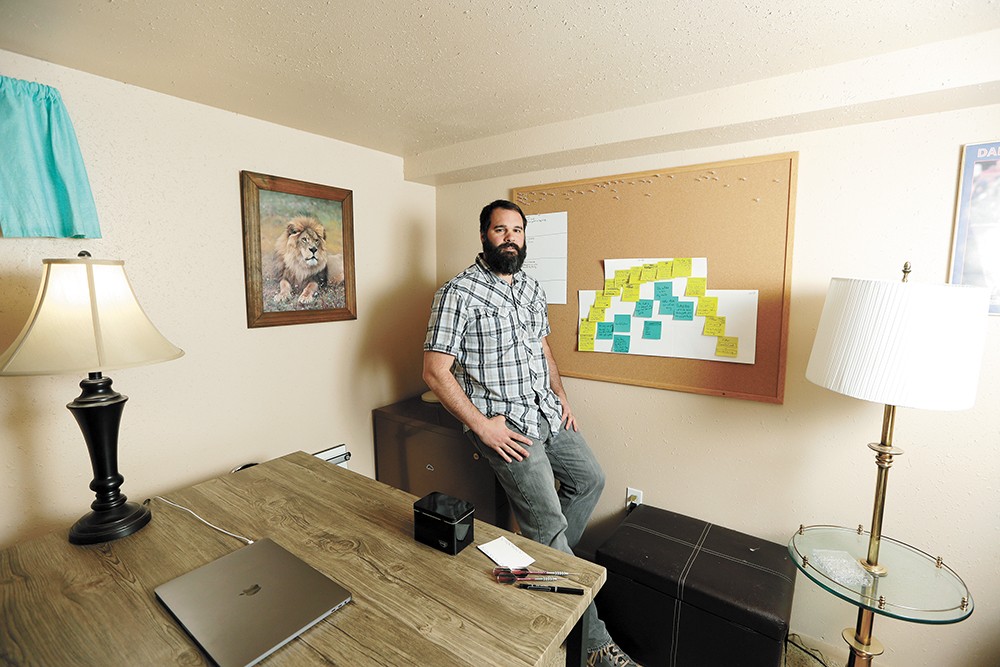 The road between when Spokane author Simeon Mills started what became his debut novel The Obsoletes and its publication May 14 was a long, circuitous one.

Many novelists have similar tales of edits, updates, restarts and rethinks between when they started a project and its final form, but Mills' seems particularly twisty. The first iteration of The Obsoletes hit the page in 2000 as a short, coming-of-age novella about a lovelorn high school basketball player. Mills was working as an architect in New York City, having recently graduated from Columbia, writing as a way to stay sane from a day job that was, he says, "kind of a toxic environment." When his novella was finished, he went back to writing short stories in his spare time and, he says, "being king of miserable living in Brooklyn."

Mills eventually abandoned architecture and the East Coast and moved home to Michigan before heading west and pursuing his literary muse at the University of Montana's creative writing program. In Missoula, he learned the ropes of a "traditional writing school" and fell in love with fellow writer (and now-wife) Sharma Shields. The couple were part of a group that started dabbling in more "supernatural stuff" in their writing, he says, "pushing the boundaries of what we had all been doing before, writing this very traditional, spare, sort of understated, emotional stuff about interior turmoil." Those supernatural predilections would come to serve both of them well later.

Mills and Shields eventually moved to Spokane and started a family, and Mills worked as a graphic artist and got gigs teaching English at Garry Middle School and graphic design at EWU while both he and Shields pursued their writing. (Shields' latest novel, The Cassandra, was published earlier this year.)

Over the years, Mills would return to his old novella, believing he had the beginnings of something special.

"I was thinking, 'I like the seeds of it, but it needs more conflict,'" Mills says. "So then I added a brother character. This was probably like 10 years ago. 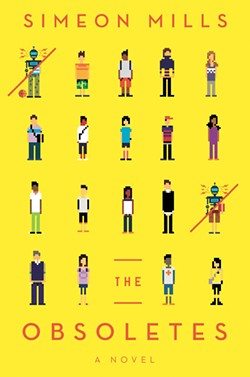 "But they weren't robots yet."

The robot brothers Darryl and Kanga are what really bring The Obsoletes to life for the reader, and they did the same for Mills when he came up with the idea.

"I was working at Garry and it just occurred to me, 'What if these guys are robots?'" Mills says. "And the whole story just changed all at once. I rewrote it all, and the characters just came to life. It's hard for me to think about them as two boys going through this teenage thing now. They're just robots."

In the world Mills creates in The Obsoletes, being "just robots" is enough to get Darryl and Kanga ... well, killed isn't the right word. Suffice to say, when the humans in the small Michigan town where the story takes place in the early '90s — a town much like the one where Mills grew up — find out there's a robot "living" among them, they dismantle the robot with haste and bad intentions.

As readers meet the two brothers, they're living together in an apartment trying to hide the fact that their "parents" had disappeared. For the most part, they're leading typical adolescent lives in their town, going to school and obsessing over Michigan State's college basketball team. Soon enough, though, the trials of being a teenager — a serious crush on a girl for Darryl, a rise to high school basketball stardom for Kanga — threaten to expose the brothers for what they really are. The resulting book is a riveting and breezy read in which the robots often act more humanely than their human counterparts.

In adding the sci-fi twist of the brothers' background, Mills found his way to creating a novel that could be potentially marketed as a YA title, or sci-fi perhaps. Basketball fans will find plenty to love, too. But while making his brothers robots gave The Obsoletes the kick it needed to eventually land a publishing deal, it did throw some challenges in Mills' path.

"It presented problems that were fun to solve," Mills says. "That's kind of the way I think writing and art in general is so exhausting and exhilarating. It's about problem solving. I have this story, I need to find a way to make them real characters, to be able to identify with them but also make them different enough that it's compelling ... [but] I never wanted them to feel emotionally or think things that were totally off base with the way a human would. Their bodies are totally different, but I wanted us as readers to identify with them."

No question that Mills succeeded on that front.

Throughout the process of writing The Obsoletes and landing a deal to publish it a mere 19 years after he started writing, Mills was able to tap old friends from school to read drafts, and of course his wife for both editing help and guidance in dealing with what happens after the book was picked up. Mills' novel is one of the first published by Simon & Schuster's Skybound Books imprint, a name best known for producing The Walking Dead comics. That means in addition to doing traditional readings like one at Auntie's May 22, Mills has visited Emerald City Comic Con to promote the book, too. It's strange to have the book finished after all these years, he says, and to be talking about it instead of working on it.

After working The Obsoletes' promotion circuit, Mills is anxious to get to what's next.

"I'm really excited to get into another project, especially because working on this for so long, there was always this mindset of, 'Well, I can always just fix that little part that I'm not totally satisfied with.' Now, it just is the book. And I can't change it. I think that was initially hard to realize a couple of months ago.

"Once I'm able to settle down and get some consistent mornings with a new project, I think that'll feel good." ♦