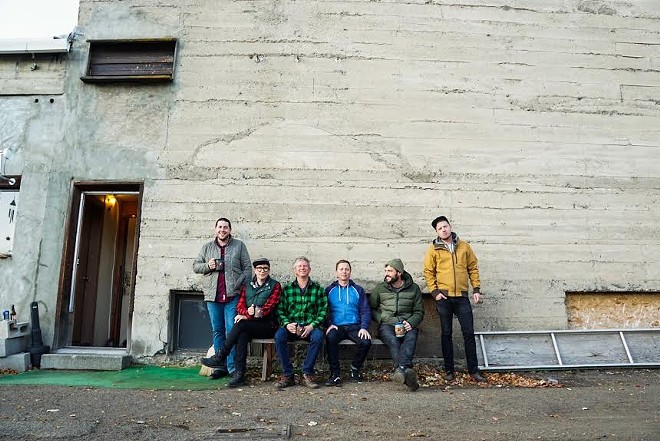 Trego
Trego is waiting patiently to put out their new album.

Spokane band Trego continues to bring the creativity to all aspects of their musical journey. The rootsy crew formerly known as Folkinception has been going for 10 years now, and they're prepping the release of a new album they recorded in an historic Oregan theater back in the "normal times."

"We set up our gear throughout the theater; drums in the center of the auditorium, amps below the stage facing out, acoustic guitar, piano, cello and bass on stage," the band wrote on YouTube, sharing a short film for their fundraiser. "Having so much space to work with enabled us to track nearly our entire sound simultaneously. We recorded 16 songs in the span of four days (though we plan to whittle that number down some before releasing the album).

"It was the best recording experience of our lives. Having played together for so long we found the experience of tracking 'live' very rewarding."

Trego's Kickstarter campaign launches Feb. 18 at noon, and you can help the band take the raw recordings to finished product right here. Or visit the band's website for more details.

And you should definitely watch this video about the travails of Trego surviving the music-challenged pandemic, starring a who's who of the Spokane music scene's iconic characters and spaces:

Fresh Spokane music from Windoe, Lavoy, Crystalline and many more just in time for summer