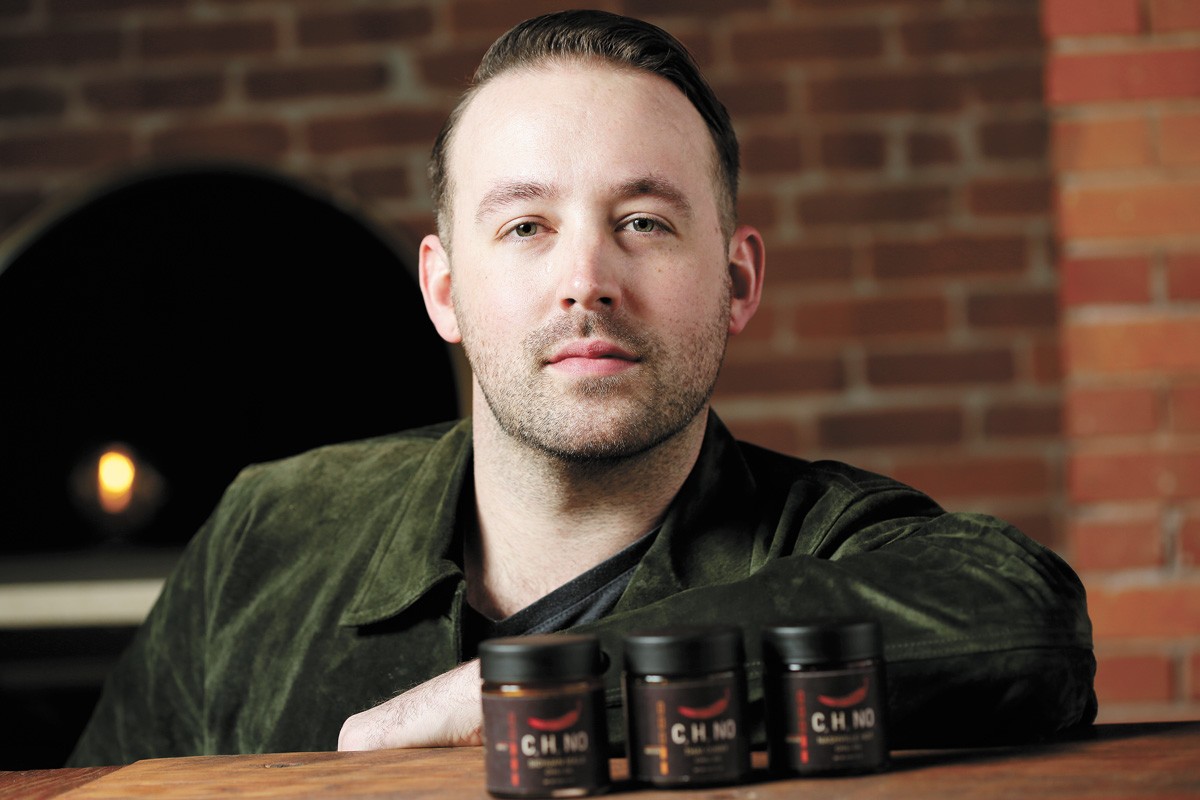 The latest stop on Joseph O'Neal's culinary journey, one that began 13 years ago, is packing some serious heat.

Having cut his teeth at several restaurants around the region, including Tony Brown's celebrated spot Ruins for six years, O'Neal is poised to debut his own line of chili oils, a project expedited this past year when O'Neal found himself with spare time after the pandemic's onset.

"I had all this free time and over 100 cookbooks, so I started grabbing a cookbook and would learn to make that [food] and share with friends. Then it came down to a chili oil that blew my mind, and I was like, 'All right, where can you buy this?'" he recalls.

"You can buy cheap stuff at the Asian market, and it's fine. It works, I guess, but the stuff I made with my friends was way better."

O'Neal started working on recipes while continuing to test his spicy creations on friends, and is now on the cusp of launching three flavor varieties through his brand CHNO Chili Oil. He's taking preorders through social media (Instagram and Facebook), and the oils will be available as soon as an inspection is completed at the commissary kitchen he's using for production.

"They approached me last year about creating a savory doughnut menu, and my mind went nuts over it," O'Neal says. "We were waiting for COVID to calm down, and finally the day has come."

The special savory treats are available at all three Hello Sugar locations (Kendall Yards, Spokane Valley and Liberty Lake) and will rotate monthly. Coming up next is a doughnut inspired by okonomiyaki, a savory, Japanese pancake. Another forthcoming mashup is inspired by Chick-fil-A's signature chicken sandwich. Pizza doughnuts are also on the way, O'Neal says. 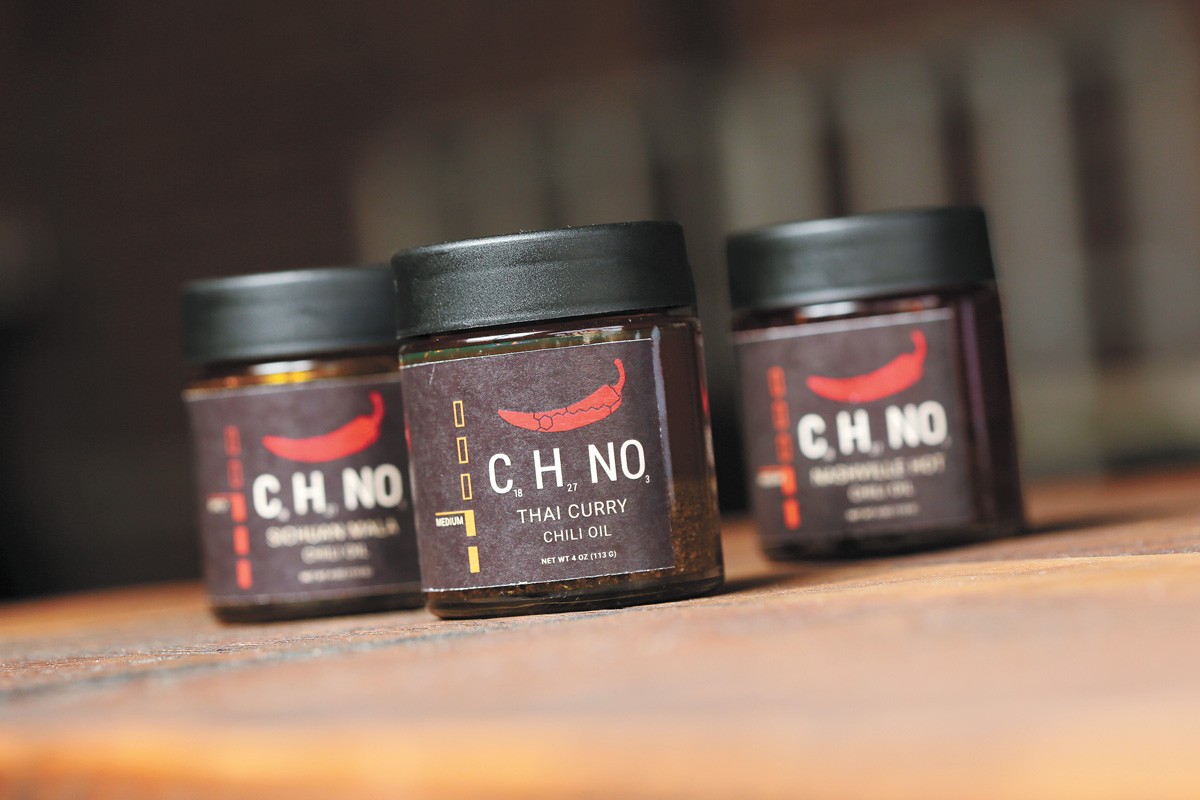 Perfecting a recipe for chili oil was a deep dive into culinary science, a process that O'Neal relished.

"My brain is weird. Like, I really enjoy food science — temperatures, times and fermentation and all that," he says.

The process to make chili oil begins by pouring incredibly hot oil over a blend of dried spices and allowing the mixture to steep. O'Neal uses spices from Spokane-based Spiceology, which he then steeps in a neutral oil.

"It's basically like steeping a huge bowl of tea, in a sense," he says, cautioning that it's also best not to inhale the resulting aroma, or it'll hurt.

"The hot oil makes the spices bloom, and to do that you need fat, and it also changes the flavor of the spices and makes it more nutty," O'Neal continues. "In my experience, I got it to the point where it almost burns but doesn't, that magic number, which in my opinion brings the flavor out so much more."

After perfecting the process of steeping spices in hot oil, O'Neal worked to hone several distinct flavor profiles. CHNO is launching with a lineup of three signature spices: Nashville Hot, Sichuan Mala and Thai. Each of the blends can be applied like a condiment to elevate dishes like the titular Nashville Hot chicken sandwich, and Thai or Chinese food.

O'Neal's Nashville Hot oil balances cayenne, garlic, onion, cumin, paprika and other spices with dark brown sugar and salt. He says the heat level is about two out of five, but that "a little bit goes a long way."

"Stir it up like you would peanut butter and drizzle it on top like hot sauce," he recommends.

O'Neal's Sichuan Mala oil offers that characteristic numbing sensation found in Sichuan cuisine, thanks to inclusion of Sichuan peppercorns. It's the spiciest of the three, at three out of five stars.

"The heat comes from chili de arboles, bird's eye chilis and a blend of warm spices with brown sugar," he says. "The black cardamom allows it to shine. It's one of my favorite spices in the world — it's basically old cardamom before it falls off the tree, and they smoke it for hours and hours."

Third up in CHNO's debut lineup is a Thai-style oil, for which O'Neal has created a custom curry blend that includes palm sugar, dried lime leaf and anchovy fish salt. It's also a two out of five on the heat scale.

"Down the road, we'll do one that blows your face off" with the spice level, he adds.

Chili oil has a stable and relatively long shelf life, and O'Neal says "the longer it sits, the better it tastes."

"The other cool thing about chili oil is that no one is really doing it. A few people online, but where can you buy Nashville Hot chicken oil? You can't."

To get CHNO Chili Oil into the hands of home cooks, O'Neal plans to partner with several local retailers and has been in talks with some already, like the Rocket Market. He's also been approved to sell on Amazon, allowing him to reach beyond the Spokane market.

The name for the brand is a nod to the chemical formula for capsaicin (C18H27NO3), the compound in chili peppers that produces a spicy, burning sensation. The chemical irritant is an evolutionary defense mechanism in chili plants, which rely on birds, not mammals, to disperse their seeds. (Mammals' molars destroy the seeds, but birds can pass them through the digestive tract unharmed to germinate later.)

"This is all just turning a passion into wanting to be able to share the burning in my mouth, and I want to share flavors to people that don't know about them," O'Neal says. "I would love to educate." ♦

The original print version of this article was headlined "Hot Stuff" 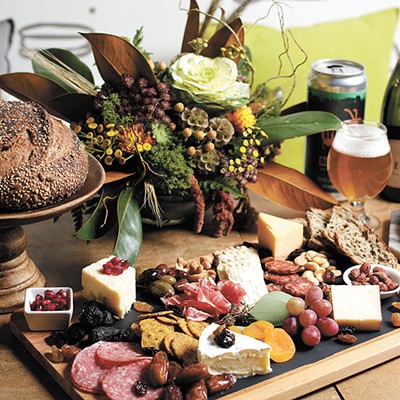