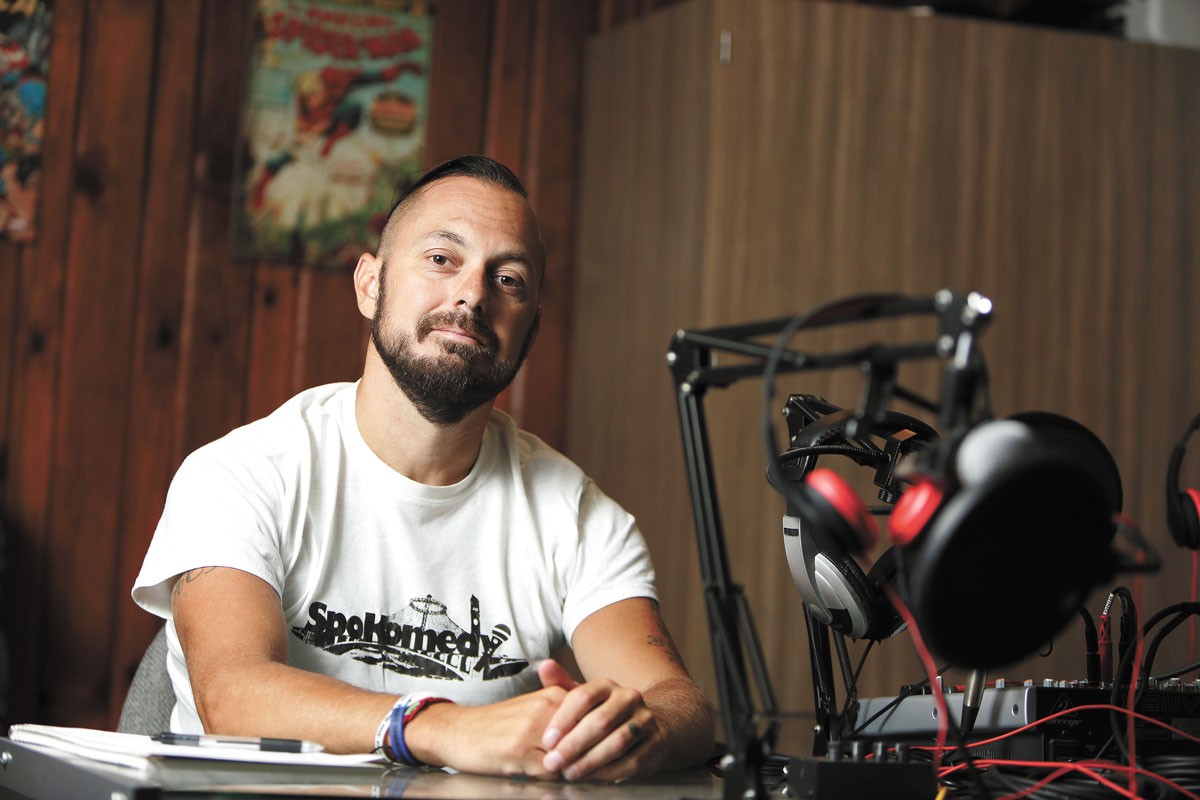 Young Kwak photo
Making comedy online is natural for Deece Casillas, but nothing can replace the laughter at a live show.

Comedy works best in a room that's tight and full. Unfortunately, so does COVID. And so the comedic rhythms of stand-up comics like Spokane's Deece Casillas have been interrupted by the pandemic.

"A big empty room with people spread apart is bad for comedy," he says.

Originally from California, Casillas is a comic who has been working out of the Spokane area for just over a decade, putting together skits and shows around town. During this time, he's been building up his podcasts The Social Hour and The Social Minute. As COVID has driven him and other comics online to do comedy, he's been spending his time fully on those projects.

"It is a little different. There's not that immediate gratification of 'I said this joke and the audience laughs,' but I've been doing sketch comedy for a long time," Casillas says. "Knowing people are watching it and getting reactions, you know people are enjoying it."

In the absence of working on live standup shows, Casillas has gone all-in on trying to bring more funny content to his fans through media platforms including YouTube and Facebook, where he posts episodes of his podcast or skits every other day. Casillas is usually joined by other comedians, discussing a range of topics in a laid-back and casual atmosphere.

Other comedians have tried to continue doing stand-up comedy through Zoom, the video-conferencing platform, but this seems to be more of an afterthought for Cassillas, who finds his current way of producing content preferable.

"The Zoom stand-up shows seem like a nightmare to me," he says. "Comedy is live, but you also need people there with you, having a good time. There's an energy and a vibe with it that just gets disrupted over online when you just have people staring at you through a screen."

Nobody's laughing, so there's no indication of a joke landing or not. This is one of the many challenges that comics face when stripped of the ability to do their work in person.

"I've seen a lot of comedians just kind of disappear. It's unfortunate," Casillas says. "As comics, we can be awkward and isolated, but we're also very social, like extroverted introverts."

Casillas, like other comics, was used to being out almost every night, laughing and making others laugh. It was a social momentum that allowed comics to feed off of each others' energy while providing inspiration for future material.

"Part of writing as a comic is that things happen during your life and you pull experiences from that," he says. "In social isolation, not a lot is happening besides the ubiquitous things that everyone is experiencing, like COVID and Black Lives Matter protests."

One day, comedy will make its return to normalcy as people interact in person more and fill the comedy clubs. Whenever that day comes, Casillas is hopeful, yet realistic in his outlook for how the whole industry will be affected.

As he waits for that day to come, Casillas continues working feverishly on his internet content, putting out work that he enjoys while keeping in touch with his audience. He's also taken this time to consistently plan out his future running for mayor of Spokane in 2023. What originally started as a joke turned into a real prospect once Casillas got more and more involved in public work like community outreach, particularly for the homeless in Spokane.

"I used to say it as a joke for years," he says. "But I've been thinking about it and decided to run. I've been spending time figuring out what to do for people."

Casillas wants to work for people, whether that's making them laugh through comedy or helping their voice be heard through politics. To him, COVID is just another obstacle in the way of that. ♦

Find the latest editions of Deece Casillas' The Social Hour and The Social Minute at socialhourpod.com.