Assessor Ralph Baker finds himself assailed by opponents from outside and inside his office.

This year, there are six. The types of candidates pitted against five-year incumbent Ralph Baker vary. Andrew Jackson is a computer software engineer. Lori Wick is a fiscal grants specialist. Real-estate broker Gina McKenzie led the bring-trash-pickup-back-to-the-alleys campaign that helped sink former Mayor Dennis Hession’s re-election chances. Sadie Charlene Cooney, Spokane County assessor from 1992 to 2002, is attempting to get her old job back. Vicki Horton is currently an appraiser, still working under the man she’s running against. (A bit awkward, Horton says.)

But all of them make the same argument: The office of assessor is a mess.

The Assessor’s Office tracks all the properties in the county and estimates their worth. If certain properties aren’t documented, they won’t be taxed — raising taxes for everybody else. The assessor has to keep track of a whole slew of regulations and stipulations, all while managing a staff of 45 people.

“For taxes and assessments, and all the information about your house, it’s on our web page,” Baker says. “By doing that, we’ve raised the expectations of what citizens expect of us.”

So why the unusual number of opponents running against him?

“I think there may be some perceived vulnerability based on really, really poor reporting,” Baker says.

Baker’s referring to a multi-part story put out by KREM 2 anchor Randy Shaw on whistleblower Debi Mason, an appraiser in the office who alleged large numbers of properties — nearly $20 million — were missing from the tax rolls. Mason cried fraud. (The state auditor is currently investigating the allegations of properties missing from the tax rolls, according to an e-mail sent to Mason on July 20.)

That news report, along with complaints from Assessor’s Office employees, is why Lori Wick decided to run, she says. “I just think that the assessments need to be done properly,” Wick says.

On advice of his attorney, Baker refused to be interviewed by Shaw — saying he didn’t want to violate the whistleblower’s rights.

Instead, Baker countered with a nearly 2,500word advertisement in the Spokesman-Review. Most of the cited properties, the ad said, were missed between 2001 and 2004 — before Baker ever took office. An internal investigation found no evidence of fraud. Baker says he’d already identified the problem and took specific steps to fix it. He demanded the improvement of computer software, more staff training and aerial photography to identify new properties.

Mason quit after she was reassigned under the supervision of the very person she’d accused of fraud. Baker says it was part of a large staff reorganization, not retaliation.

Baker is proud he has reduced the size of his office by 22 percent over the years.

But at least nine employees, Mason says, quit in frustration. Barbara Kent worked for the Assessor’s Office for 32 years, Dick Schomburg for 28 and Bill Pierce for 19. They all say they opted for early retirement partly because of the office climate.

The harshest criticism, however, comes from Dave Chambers, who left the office for a job with Avista Utilities. “If he was given advice, he normally took the opposite of what was given,” Chambers says of Baker. “I believe he’s a sociopath.”

Under Baker’s tenure, Chambers says, computer programs became almost the exclusive way to calculate property values. But the computer algorithms give odd results, he says — one house may plunge 20 percent in value, while the house next door may increase 20 percent in value. (Baker says the Department of Revenue study testifies to his system’s accuracy.)

“[Office] morale is fine,” Baker says. “Most of the people in the Assessor’s Office are very happy. Everybody got a pay raise … Everybody’s got outstanding benefits.”

The number of complaints from citizens has gone up. On McKenzie’s website, she showcases how dramatically the number of appeals — property owners challenging their assessments — have ratcheted up over Baker’s tenure, from 974 in 2005 to 2,023 in 2008, to 3,003 in 2010. McKenzie blames unfair assessments. Since assessments follow one year behind the real-estate market, Baker believes the tumultuous market may have produced the complaints.

Today, Mason campaigns for Andrew Jackson, one of Baker’s opponents. Jackson highlights his engineering perspective and outside perspective and says he’d like to create a topographical map to plot appraiser progress.

Horton, meanwhile, notes she’s the only candidate with appraiser experience, and she wants to restore trust with the county by improving communication. “It’s no longer a trustworthy office, due to the lack of leadership,” Horton says.

But for pure length of experience, Cooney comes out on top. She worked in the Assessor’s Office for 30 years, before serving as the assessor for 10 years.

Of course, she had her own struggles then. She was the subject of a bad review by the state auditor and a costly lawsuit accusing her of retaliating against an election opponent back in 1998.

In the August primary, newcomer Shelly O’Quinn has to get past one of two men who have already been the 6th District Representative.

Assessor Ralph Baker finds himself assailed by opponents from outside and inside his office.

Spokane County Prosecuting Attorney Steve Tucker faces his most serious challenge yet in a five-man race.

One Democrat tries to hold back the Republican flood toward the Spokane County Board of Commissioners.

Dems take on the chosen Dem and a GOP candidate cites the Bible — all in one district.

Cathy McMorris Rodgers has a healthy advantage in fundraising, name recognition and … well, see for yourself.

Read all our 2010 election coverage 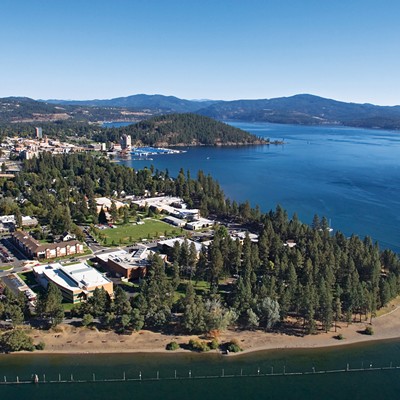