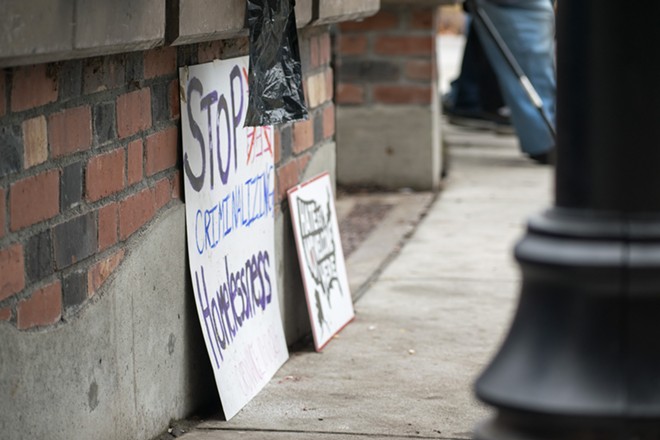 NEWS: After we reported that downtown Spokane bar owners had decided not to play host to Proud Boys, the Observatory started getting hit with fake reviews.

NEWS: Tom Konis is the new Spokane County assessor after a recount confirmed his win.

NEWS: Spokane City Councilman Breean Beggs is throwing his hat in the ring for council president, and if elected would bring a totally different leadership style to the podium that's been held by current Council President Ben Stuckart.

Volatility finally hits Wall Street
With a variety of trade concerns and news that President Trump is alleged to have directed illegal payments during the campaign to avoid a sex scandal, U.S. markets that have stayed strong all year are finally taking a hit, the New York Times reports.

Camp Hope evicted
The city of Spokane cleared out the temporary homeless camp that had been set up outside City Hall on Sunday, citing new warming shelter beds as justification for enforcing the no-camping ordinance, and arresting two, the Spokesman-Review reports.