Spokane health board fires health officer Dr. Bob Lutz as he and the administrator can't get along 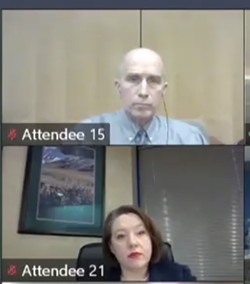 Dr. Bob Lutz (top) was fired as health officer for Spokane Regional Health District Thursday, Nov. 3, after district administrator Amelia Clark (bottom) asked the health board to fire him due to issues between them as leaders of the organization.
The Spokane Regional Health District Board of Health voted 8-4 to terminate health officer Dr. Bob Lutz on Thursday evening, Nov. 5, after a multi-hour special meeting.

The special meeting was called so district administrator Amelia Clark could make her case for firing Lutz, with whom she's had internal personnel issues despite everyone agreeing there were no issues with Lutz's response to the COVID-19 pandemic or performance of his duties as health officer.

It became clear that Clark and Lutz have had many differences of opinion over when Lutz needs to ask Clark for permission to do something like write a letter, state his opinion on a public health topic, or purchase equipment. Clark also cited previous complaints to human resources by female employees alleging Lutz spoke down to them in a sexist manner and one employee alleged he massaged her shoulders when she did not want that, along with a few examples of when Lutz asked for reimbursement for things that Clark believed should not be covered with public money.

Lutz replied to the list of issues in a written letter to the board and said he would still be willing to figure out how to work with Clark via mediation, but Clark did not appear to think that would work.

After Clark and Lutz got the chance to make their case, the board went into executive session for about an hour before ultimately voting to fire Lutz. Indeed, the relationship between the two seemed irreparable to a majority of the board.

"If there was ever a time that I wish we had two people that could commit to working together or to having somebody counsel or mediate for them, now’s the time," said board member Karen Stratton, a Spokane City Council member, ahead of the vote. "But I understand that that ship has sailed."

"I don't feel we have really done all we can," Wilkerson said while explaining her vote to retain Lutz. "I feel as the two leaders of this organization, they should rise to really come together to make this work."

French, who made the motion to fire Lutz, explained that he supports Clark as the head of the agency, and refuted the idea that politics and a push to reopen the economy faster played any role in the decision.


"Dr. Lutz is just the face of that agency," French said, noting the hundreds of Health District employees are the ones who will continue responding to the COVID-19 pandemic. "I believe it is time for leadership that reflects the values of the board, the agency and the community."

At the end of the meeting, the board approved a temporary acting health officer who will fill the role until the board's next meeting the first week of December.

Meanwhile, in a show of solidarity with Dr. Lutz, 121 Health District employees have submitted a vote of no confidence in Clark. "This is not a course of action taken lightly, but is intended as a signal that we believe Ms. Clark has demonstrated, through her actions, that her position as Administrative Officer is untenable," the employees' union representative Suzie Saunders told news outlets. 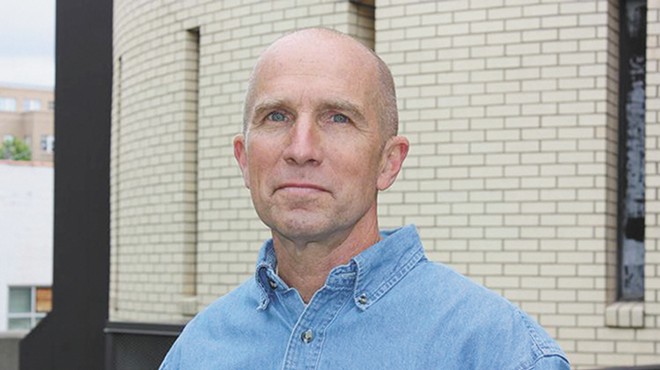 The two top Health District employees have had several discussions over the last year about their disagreements, with Clark saying she repeatedly told Lutz what she wanted him to change.

Despite apparently having issues with each other for months, Lutz had not been given a formal performance plan before Clark moved to fire him last week. Lutz had asked members of the health board to provide a mediator for them back in June, but the board did not find it necessary at the time.

During the special meeting Thursday afternoon, Nov. 3, Clark detailed a list of internal issues she's had with Lutz, including things like:
Clark also brought up former complaints against Lutz made to Human Resources in 2018 — before Clark joined the Health District — including when multiple female employees apparently complained that he spoke to them in a belittling and sexist tone when he disagreed with them, and one employee alleged he massaged her shoulders and neck and pressed his knee against hers in an unwanted way.

Lutz told the health board that he was never told of the allegations that he massaged someone's neck, but was told he inappropriately touched that staff member's shoulder against her wishes. He only recalled touching her forearm while talking to her. He refuted the claims he is sexist and belittling against staff members, and pointed to the support he's received from the unions that represent most of the agency's staff members, and the many letters of support that were submitted to the health board ahead of the Thursday meeting as a sign that he's good to work with.

Clark also said Lutz had wrongly been reimbursed for a mobile hotspot that cost $217.35, and multiple lunches he bought for staff that totaled between $62 and $176.22 on at least four occasions.

Lutz says he stopped buying those lunches for staff who'd been working overtime on COVID-19 response after he was advised that was improper.

"Quite frankly, I find it surprising if not shocking that Clark finds it worth firing me when I asked to be reimbursed for $217 for a mobile hotspot, which by the way, she approved," Lutz told the board.

Clark noted that her list was not extensive enough to include all issues, but was representative of the many areas where she felt Lutz had not improved and was causing issues within the agency. Largely, she felt he undermined her authority and was not respecting her decisions.

"When I joined the Health District as the leader of the agency I had hoped that Dr. Lutz and I could work together as a team. However, his behavior has not changed after repeated discussions," Clark told the health board. "It is clear to me that Dr. Lutz is unwilling to make the necessary changes to be a successful part of the Spokane Regional Health District Team moving forward."

Lutz largely deferred to a letter he wrote to the board refuting or explaining his position on each of Clark's claims, and spoke about his experience and the duties of health officers during his 30-minute time period.

He did recognize that he can be "bristly" and "downright curmudgeonly" at times, but also said he would work with a coach to fix their relationship if given the chance.

Lutz's attorney, Bryce Wilcox, also spoke briefly, noting that Lutz has carried out his duties even when politically unpopular, and argued that personality differences between the leaders were not enough to warrant firing Lutz.

"None of the allegations levied against him go to performing the critical health functions under state law," Wilcox said. "These issues relate to apparent turf battles and personality conflicts. A vote to terminate on this record would suggest other motives are lurking in the background."

It was not immediately announced if Lutz would sue the Health District over what's happened, but his lawyer told KHQ that he would pursue "all claims and remedies available to him."

One major question the public has had over the last week is what exactly did the health board tell Clark she could do when they talked with her in executive session about Lutz's job performance on Thursday, Oct. 29.

During the special meeting tonight, board member Beggs recounted that he left that meeting under the impression Clark was going to put Lutz on a performance plan, not fire him. So, what happened?

As Clark tells it, she did go to the meeting with Lutz and health board chair Wick with the intent to tell Lutz he was being put on a performance plan. However, she says after talking to Lutz about issues, including that he wrote emails to community members about her job performance, she didn't think a plan would work after he said he stood by his actions.

Instead, Clark decided right there to fire him.

When asked whether she told Lutz he was fired or that she intended to ask the board to fire him, Clark says, "I don't recall the specifics."

Lutz later clarifies that the email in question was one he sent to Mary Selecky, the former secretary of health for Washington.

Lutz says he wrote saying Clark was "in over her head," and clarified that was in the context of the pandemic. Indeed, Lutz goes on to say, most everyone was in over their head when he wrote the email back in April, in which he recalls telling Selecky that Clark might benefit from her guidance.

Lutz was immediately told he could not come to the office, was offered a severance plan in exchange for waiving his rights to sue the agency (which he did not accept) and no one has been acting as health officer in the week since.

Different health board members felt some concerns with Lutz were greater than others — Kerns highlighted the concerns about sexism and the inappropriate shoulder massage, for example.

Other members, however, like Beggs, felt the larger issues rested with the health board, which didn't make it clear when it created the administrator position a few years ago, that the role would not supersede the right of a public health officer to make comments and do things like write op-eds without being censored. Without a clear map of when each position's authority must be respected by the other, the current difficulties arose.

To get some clarity on what Clark felt was the biggest issue, board member Wilkerson directly asked her to simply lay out the main reason she felt Lutz should be fired.

"The pattern of behavior I feel is most critical is when I speak with Dr. Lutz and I have conversations, I think we are in agreement, and he leaves the room and we are not on the same page," Clark says. "It is also very concerning to me that he goes around to discuss his grievances or displeasure regarding me without going to me." 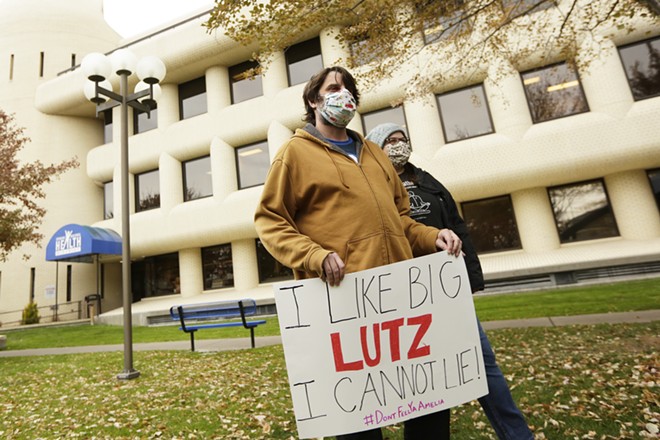 Young Kwak photo
Many supporters of Dr. Bob Lutz rallied outside of the Spokane Regional Health District Thursday, Nov. 3, before the district's health board voted to fire him as health officer later that night. Among them were Chris Carrick, left, and Gretchen Chomas.