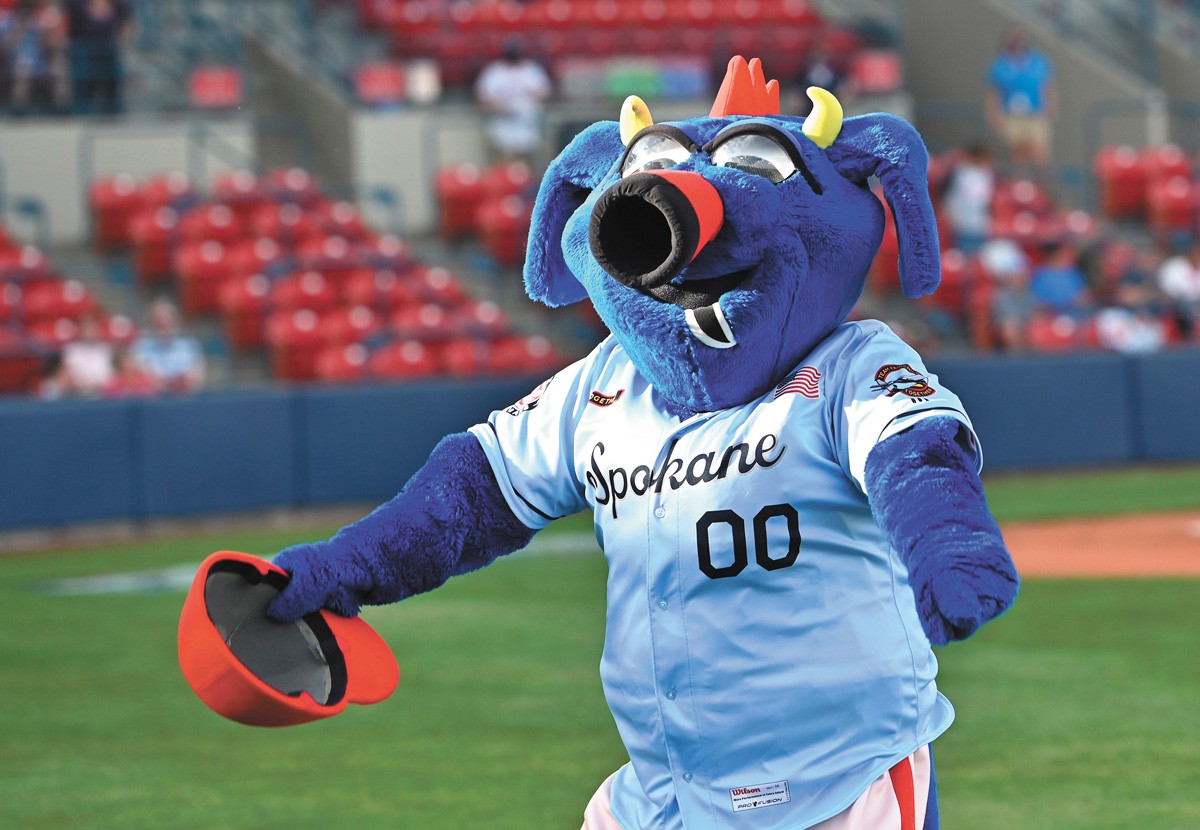 James Snook photo
Otto shows off one of the Indians' new Operation Fly Together uniforms.

At least a couple times a year, the viral video from a decade ago gains new life. Typically it happens around a patriotic holiday like Memorial Day or the Fourth of July, when folks start sharing the clip of a young soldier's tearful reunion with his twin four-year-old daughters at Avista Stadium.

The video was taken on Aug. 8, 2011, and that young soldier was Sgt. Chris Weichman, who managed to get an early break from his third tour in Afghanistan and decided to surprise his family by popping up on the field at a Spokane Indians game. Weichman had set up the surprise with team executive Otto Klein after meeting him on a team visit to Fairchild Air Force Base a couple years earlier.

Now retired from the military and running Spokane Body Fit Boot Camp businesses with his wife, Abby, Weichman says he can tell when the video has hit social media again because members of his fitness clubs or commenters on Facebook will suddenly recall they were at the ballpark that night.

Weichman, who grew up in Ohio a Cleveland Indians fan, recalls how emotional it was to see his wife and daughters (his then-infant son was home with grandma), and it remains a vivid memory for all of them.

You can say the same for Klein and the thousands of fans in the park that day, as well as the thousands more who have seen the video.

"It was the No. 1 moment in my 30 years here with the team," says Klein, now senior vice president of the Indians. "It was just emotional.

That night planted a seed in the community-minded Klein's thinking that the ball club should have some sort of partnership with Fairchild Air Force Base. After all, he likes to say, what's more all-American than baseball? Maybe apple pie, but it's close. 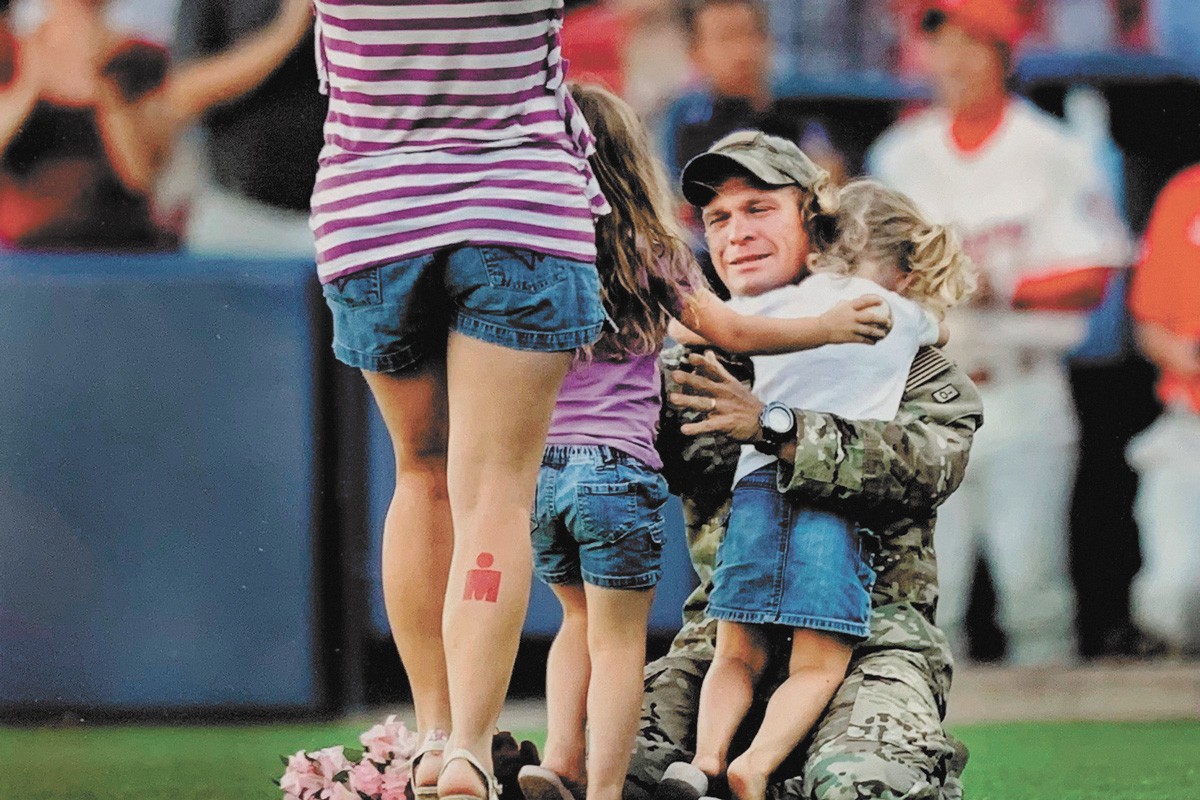 Thinking about the team's ongoing relationship with the local military community got Klein musing on pictures he'd seen of past team events, when young ball players and young soldiers interacted either at Avista Stadium or on a team trip to the base in Airway Heights.

"I remember seeing some photos of just one of our players shaking hands with an airman, and it's always stuck in my mind that they were about the same age," Klein says. "We have an 18-year-old airman meeting an 18-year-old baseball player. How different are their lives? And I just thought the community's baseball team should be celebrating the community's Air Force base."

It took a few years to work out exactly what that would look like, and Klein consulted with Fairchild's Air Force Community Partnership liaison (and Indians season ticket holder) Jeff Johnson to help forge the Operation Fly Together campaign, which officially launched this season after a COVID delay.

The agreement between Fairchild and the ball club is designed to do a few things. There's some celebration of the base's famous KC-135 fuel tankers, of course, and you can expect to see a mascot, KC, on the field with the Indians' other mascots perhaps as early as next season. But more importantly, Operation Fly Together includes a fundraising component to benefit local veterans and veterans groups.

The partnership is one Klein calls "historic" in pairing a minor league ball club with a military installation, and the team has already donated $5,000 each to three vets-related groups and causes: Newby-ginnings in North Idaho, the Spokane Tribe of Indians for a new ramp at its VFW post, and restoration of the Vietnam Veterans Memorial at Riverfront Park. And the Indians will raise more money for veterans through the sale of Operation Fly Together merchandise and jerseys. 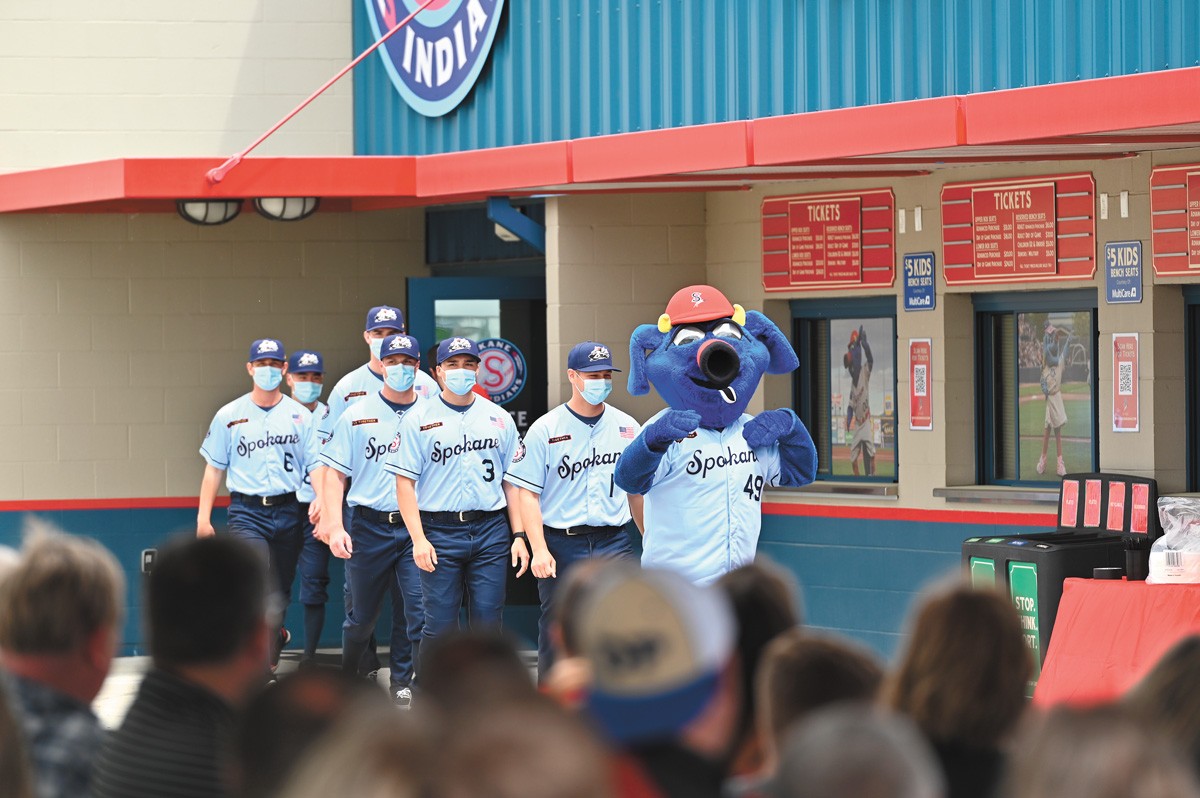 You can see those jerseys on the field this Friday at Avista Stadium, one of several "Fairchild Fridays" happening the remainder of this season. In the future, Klein envisions adding more Operation Fly Together attractions to the fans' game experience, from having a local veteran raise a flag in right field every Fairchild Friday to perhaps turning a decommissioned KC-135 into a stadium staple. It could be baseball's most unique hot dog stand.

"We're indebted to our veterans in this community, and there's a lot of them. The rough estimate we were given was about 66,000 veterans live in our region, all of North Idaho and Eastern Washington. That says a lot. They don't have to move back here and live, but they choose to. So we want to help tell that story of why our veterans are important, and why a lot of airmen continue to come back and serve in our community after they've served our country."

Weichman, one of those veterans who decided to stick around, says he's ready to help Klein with Operation Fly Together any way he can.

"It's awesome to hear what he came up with and how it was inspired from our experience," Weichman says. "It was amazing." ♦

The Spokane Indians play Tri-City July 2 at 7:05 pm on a "Fairchild Friday." For more information on Operation Fly Together, visit milb.com/spokane/community/operationflytogether