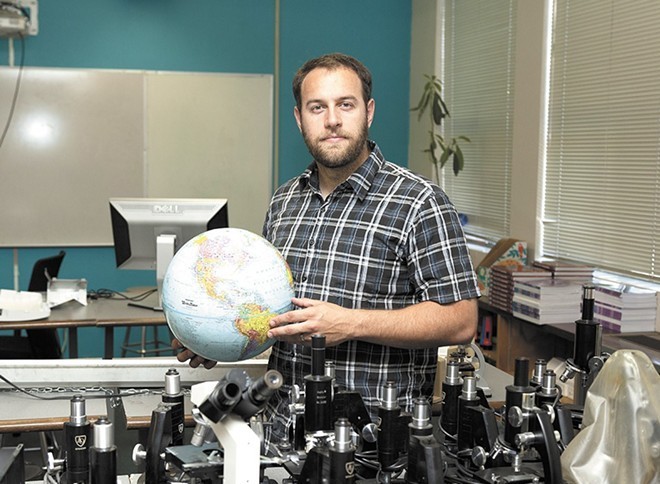 The school is currently split between two different buildings. The K-5 program is in Hillyard, and the sixth through eighth program is near downtown. But the new location, which the school hopes to open in fall 2020, will bring grades K-8 to a facility at 777 E. Magnesium Rd., up north, just east of Division.

Franklin says there were some inherent challenges in having SIA's 500 students split between two campuses. It didn't help the school culture, for one. And secondly, it cost more money than having just one building does. Those challenges had SIA in talks to become a "pilot" school in Spokane Public Schools last year, which would have meant it no longer would have operated as a charter school. But Franklin says those talks stalled due in part to the budgetary challenges facing Spokane Public Schools.

The move to one building, Franklin says, allows SIA to remain a charter school, meaning it operates independently of the public school system.

Not only that, but it should allow SIA to expand and cut down its waitlist, which is currently at about 250. The new location will have larger classrooms, a kitchen facility, an outdoor green space and additional parking.

Last year, SIA had plans to expand to high school grades. But Franklin says they are still debating whether that will happen or not. He says that would require additional staff.

Ken Vorhees, chair of the school's board of directors, says the move will allow for a "more cohesive experience for the students, parents, faculty and staff."

"It will be very exciting to see how the new building assists the program and its talented staff with creating the finest education experience for our K-8 students and their families," Vorhees says.