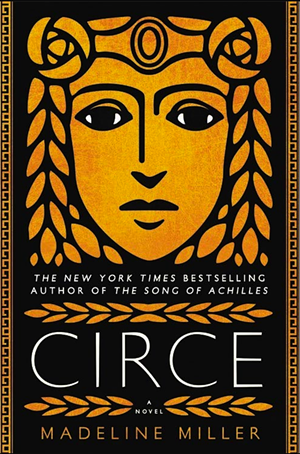 The author and title chosen for this year's Spokane is Reading community literature initiative is a big get: Madeline Miller, and her New York Times bestselling novel Circe.

Circe was inspired by ancient Greek mythology, specifically a minor character in Homer's Odyssey: Circe, a witch goddess and the outcast daughter of Helios. Miller weaves a feminist retelling of the epic from Circe's perspective, including events leading up to and after Odysseus had encountered the goddess on her island of exile.

After being banished there by seemingly more powerful gods than she, Circe discovers an innate connection with the natural world and, paired with her own strong will, is able to shape her own destiny through clever wit and wisdom.

Published last year, Circe is Miller's second novel. She'll be coming to Spokane in October for two events, which are preceded by a soon-to-be-announced series of book discussions and other programming related to the title.

Having recently read Miller's spellbinding novel, I can't recommend it enough. It checks all the boxes: a truly original retelling, page-turning plot, empowering themes and characters, beautifully crafted prose and a fully satisfying ending. Readers don't need to have a deep understanding of the Greek pantheon to enjoy Circe. There is, however, a helpful glossary of characters in the back of the novel, and on Miller's website.

This year's 18th annual Spokane is Reading event is set to take place on Thursday, Oct. 24, at two locations: the Spokane Valley Event Center (1 pm) and the Downtown Spokane Library (7 pm). Both events are free.

To meet increased demand from readers before Miller's visit, all Spokane-area library branches will stock extra copies of Circe; it's also available for purchase at Auntie's Bookstore.