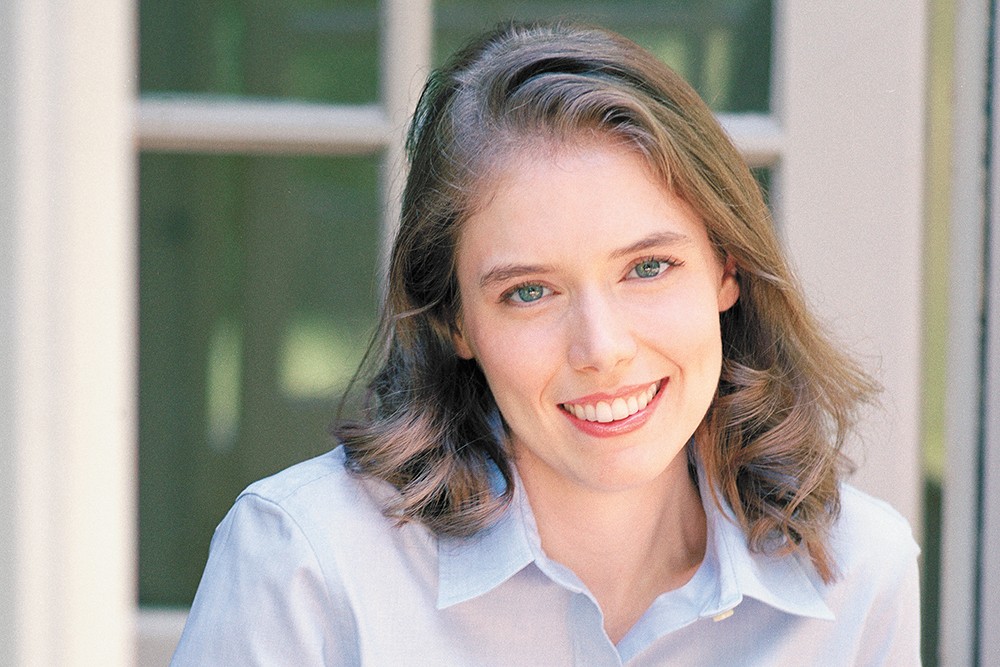 Chances are likely that many readers caught early notice of, and instantly devoured, this year's Spokane is Reading title before it was even announced by the community reading initiative back in March.

Circe, by bestselling author Madeline Miller, was an instant hit upon release in April 2018. Miller's first novel, 2012's The Song of Achilles, was also a bestseller, and Circe was duly mentioned on several "most anticipated books of 2018" lists.

Called "luminous," "spellbinding," "gold-lit" and "absorbing" by reviewers, Circe reimagines a slice of the eternal life of a minor character in Homer's Odyssey: Circe, the outcast witch-daughter of Helios. The novel is now being adapted into an eight-episode series by HBO.

In the Greek epic, Circe is known for seducing Odysseus to her remote island home and subsequently turning his ship crew into pigs. A version of these events occurs in Miller's retelling, yet with tragic insight into Circe's motivations. Digging deeper, the novel explores many facets of the female experience, which not even immortal demigods can escape: sexism, motherhood, sisterhood, rape, anger, family conflict and choosing one's own destiny.

Before her visit this week for two public events hosted by Spokane is Reading, we chatted with Miller, 41, to find out what she's currently working on, and what she hopes readers gain from Circe. Responses have been lightly edited for clarity.

INLANDER: Tell us a little bit about yourself, and what you're currently working on.

MILLER: I grew up in Philadelphia and New York City. I began studying Latin and Greek in high school and then I fell in love with it and went on to study it in college and got a masters in classics from Brown [University]. Then I became a high school teacher and taught Latin, Greek and Shakespeare. At the beginning of my graduate year was when I wrote The Song of Achilles and I worked on that for 10 years, all while I was teaching. And that came out and then I wrote Circe and here we are.

I'm working on a couple different things, a short story about Pandora, and two longer pieces. I'm not sure which will come out first. One is inspired by Virgil's Aenied, the other epic love of my life, and one by Shakepeare's Tempest.

What inspired you to write Circe?

I had always loved the character of Circe; here's this witch who can turn men into pigs. She seems to wield a lot of power, and like most women she has to be punished for it. She is also highly mysterious, there's not any other character quite like her. She is this self-made woman, her power comes from her actions, not from her birth, which is a pretty unusual story in the ancient world.

I was very frustrated by how small her role is in The Odyssey and how constricted it is by [Odysseus'] perspective. Any time you have a woman's story in an epic — and there are some strong female characters mentioned in Homer — they tend to be pretty unexplored and pretty two-dimensional. Circe is no exception to that and one of the things I think is less than explored are the extraordinary circumstances — how did she get to become a witch? Why did she turn men into pigs? — none of which are answered anywhere.

In so many narratives that tell only one side, we, as readers, don't always get a clear picture of the whole story, fictional or true. Why was it important to you, as a writer and a woman, to reimagine what this otherwise vilified character experienced?

I'm a huge believer in what Chimamanda Ngozi Adichie said about the danger of the single story. If there is just one version of events, as there often is from the ancient world, that becomes the only version. It becomes the objective truth to us. Whenever we tell a story, we need to be welcoming of all the voices in it, most especially the silenced and marginalized. Whether we talk about the classics or modern world, if we're not listening to those voices we're not getting the whole story.

I was very struck as female classicist. As much as I love these ancient works, with the exception of Sappho they're all composed by men. And even the fascinating female characters are all coming out of a male perspective, and I think it's really important that we expand that lens. There are many characters from the ancient world, not just women but also slaves, whose perspectives have really been overshadowed or silenced, so I wanted to be part of telling those stories.

What do you hope readers take away from Circe?

I certainly hope that they connect to pieces of her story; women, obviously, but also men. I think at its core what I love about these ancient stories is how timeless they are. Circe's story is a story of a woman born into a horrendous and abusive family and she is trying to get out and make her way in the world and discover her power and where she belongs in the world, and make a home for herself when she finds that hers isn't possible. I think that story of looking for a home in the world is one that will speak to people.

And giving value to women's experiences, whether as an artist, as Circe is, as a person, as a parent, which Circe also is.

And — this is my secret Latin teacher agenda — I love introducing people to the classics. Aside from that, I wanted to write [both books] in such a way that if you knew the myth there would be goodies for you, but if you didn't they could be a way into the story. When people say 'I read your book and then The Iliad or The Odyssey,' I love that. ♦

The original print version of this article was headlined "Witch Words"