Just after filmmaker Champ Ensminger showed his award-winning short documentary Yai Nin in Spokane 16 months ago, the world descended into COVID chaos. And his former hometown became the last place the dedicated director and editor got to share in person his intimate look at his connection to family in Thailand, seen through the eyes of his grandmother, Ninlawan Pinyo.

"We showed it last year at the Spokane International Film Festival," Ensminger says. "It was special to actually have it screen for that. Our premiere was at the Seattle Asian American Film Festival, and then a week later it was Spokane, and then that was it."

Though "that was it" for in-person screenings and festivals, the short still caught people's attention. It was named Best Documentary Short at the 2020 Seattle Asian American Film Festival and the Local Sightings Film Festival.

The "Yai" of the title means Ensminger's grandmother on his mother's side and the "Nin" is a shortened version of her name, Ninlawan. Yai Nin follows the businesswoman and family matriarch as she oversees the making of naem (pork sausage) in Chiang Mai, Thailand. Ensminger's grandmother has lived above the sausage factory her entire life and used her business to help support her family's move to America to start a new life.

The short, now available to watch on Vimeo, is one Ensminger still hopes to show in Spokane again, perhaps at one of his favorite places to see movies, the Garland Theater where he used to go to see midnight screenings, or at an outdoor screening at The Shop. He just wants to be able to have the film connect with the community where he grew up.

"Immigrant families in Spokane aren't used to seeing themselves on camera," Ensminger says. "The film also goes out to people living in Spokane coming from different backgrounds — immigrant or BIPOC families that take pride in where they are coming from." 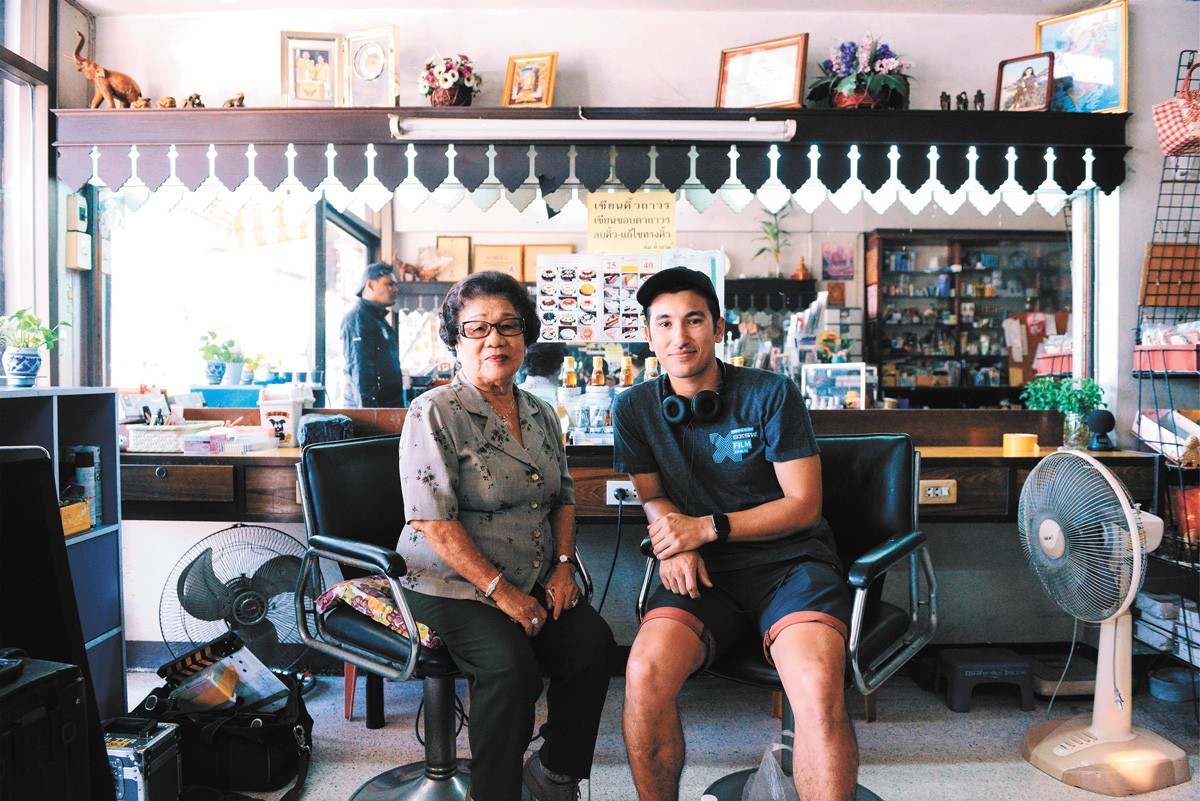 Ensminger was born in Chiang Mai and raised in Spokane. He went to Ferris High School, class of 2007, before attending the University of Washington, where he got a degree in film studies and anthropology. He now works in Seattle as a part of the production team at World Famous on Capitol Hill.

His experience growing up in Spokane as a first-generation American living far from his birthplace is one that deeply affected him when he got the opportunity to reconnect with his grandmother, who he only truly got to know upon returning to Thailand as an adult.

"The trend for a lot of immigrant families and Americans who are existing as a diaspora of another culture, they have a hard time really keeping a hold on their native culture that they're coming from," Ensminger says. "I had very distant memories of being around them before I moved to the United States. I got to be reacquainted with my grandmother and all these people that live around her as an adult when I moved to Chiang Mai in 2013 and lived there for about two years."

Even as a child in Spokane, Ensminger says his family members maintained a connection to their history.

"My mom and her siblings sustained the language that we come from, a lot of the TV shows that she loved watching, and the culture was preserved," Ensminger says. "Especially food because my family, a couple uncles and aunts, started Thai restaurants in Spokane. Riverview Thai Restaurant belonged to my uncle for a long time. Thai on 1st. These were hubs where my family would meet up, and it would happen to be around all this Thai food."

That significance of cuisine as culture was not something Ensminger always had an understanding of growing up.

"I very much feel like I grew up super American. I kind of steered away from a lot of Thai food because I was scared of how spicy it was and grew up off chicken nuggets," Ensminger says. "You feel more American if you have something like that. Food was very much a way that I felt like I belonged in a cafeteria. But then like one time mom would come by for lunch at elementary school and bring fried rice. People would be like 'This is good, though I didn't know you were Thai.'"

It was the emphasis on family and fostering cultural connections among his own family that Ensminger felt kept him tethered to his own background.

"It's something that we fostered and had a lot of growing up in Spokane, surprisingly. I think a lot of Asian Americans have a hard time growing up in the middle of nowhere and they're the only ones speaking their native language," Ensminger says. "It can be hard to sustain that, but I think we were lucky because we had a lot of family to reinforce it."

The pandemic festival experience and trying to navigate the uncertainty of releasing a film forever altered by COVID-19 created a complex cocktail of emotions for Ensminger. The upside is that anyone can access his work and discuss how it made them feel.

"The release, just like the festival run, has been bittersweet in that it's mostly just been online," Ensminger says. "The benefit of that, especially living in a public space like Vimeo, is just that everyone can see it. There is not really a paywall or anything like that. There is no having to buy a ticket. You're just out there in the ether, and it's very cool to see the conversations that are happening because of it."

Ensminger hopes the film can resonate with its universal themes about family while also giving voice to the nuance of his own family's history.

"It is about my experience as a Thai American and my family visiting a grandparent," Ensminger says. "Visiting an elder, no matter who you are, really resonates. Then you dial it into the Asian American experience — there is a lot of resonance of having a matriarch, an elder who is very central to the family." ♦

You can see Ensminger's film by visiting vimeo.com.

Syrup on the Side

As Vanna Oh!, Lindsay Johnston is turning a full-on rock persona into a full-time career