TAXES: How Democrats stopped worrying and learned to love taxing the rich. Also, could state lawmakers change the tax system in Washington so it won't disproportionately impact middle and low-income families?

Wrong side of the law
A judge in southeastern Washington was arrested for sexual misconduct, according to the Washington State Patrol. (KLEW) 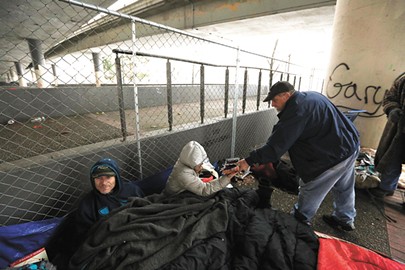 Young Kwak photo
Homeless facts
The city's annual count of homeless people in Spokane has found a slight increase in homelessness compared to last year, but there were fewer homeless veterans and families. (Spokesman-Review)

Secret's out
Julian Assange, the founder of WikiLeaks, has been charged in a conspiracy to hack a government computer. (New York Times)