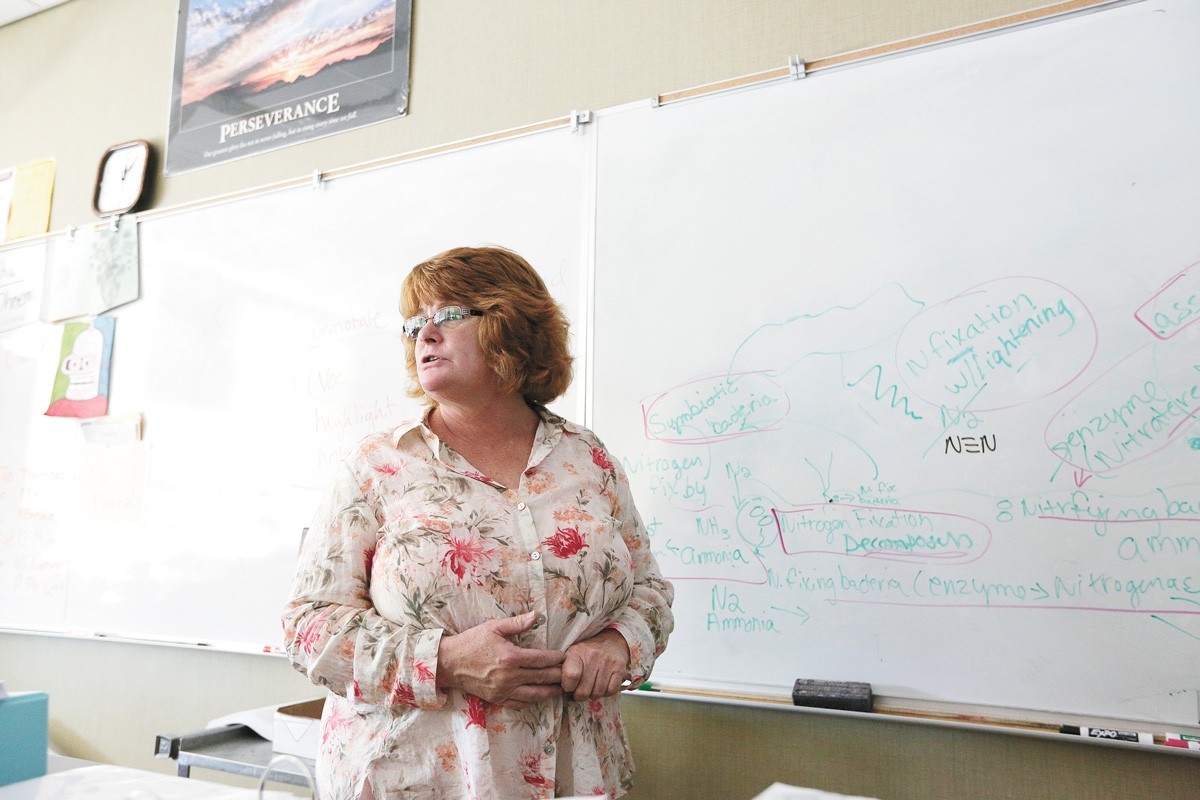 In Spokane, levy proposals typically are among the least contentious measures you could put on the ballot. It's been decades since a Spokane Public Schools levy failed. In 2018, the levy was backed by a whopping 73 percent of voters.

But this time around, things are different. There's a pandemic that has kept many kids out of school as their parents often struggle to make ends meet. Debates around how best to safely open schools tend to dominate discussion about school levies. And Adam Swinyard, the district superintendent, says nobody seems to be happy about the pace of school reopenings.

That's partly why the district's levy on the Feb. 9 ballot has divided political leaders. The Spokane GOP last month announced that it opposes the Spokane Public Schools levy this year. Three City Council members — including left-leaning Lori Kinnear and Candace Mumm — voted against a resolution supporting the levy. Michael Cathcart, the lone conservative on council, tells the Inlander that, like Kinnear and Mumm, he voted against the resolution because he didn't think it was the council's place to support a ballot measure like that. But he also opposes the district asking for a tax increase right now.

"We're in the middle of a pandemic, a significant economic downturn, and I think that this is flat out wrong at this time," Cathcart says.

The pitch from the district, meanwhile, boils down to this: Even if you're unhappy with schools now, voting against the levy will only make it worse, both for schools and for the economy.

The district's promotional fliers emphasize that the levy is only replacing the 2018 levy and is not a new tax. But that doesn't tell the whole story. While it may not be a "new tax," the proposal on the ballot would raise the levy tax rate starting in 2022. That's why Cathcart says he opposes it.

"What they should have done is put a levy on the ballot that kept it flat, kept funding things at the same level," Cathcart says. "If the economy improves, as job situations improve, go back out and do a supplemental levy. ... I would be out there supporting both of those."

Swinyard, however, argues it's only a modest increase in taxes that is necessary to maintain educational services. And if you compare it to 2018, the district tax rate is actually significantly less.

Here's why: Four years ago, the Washington State Legislature passed a bill to add billions of dollars in state funding to schools by raising property taxes. It was the "fix" to the McCleary v. Washington lawsuit, which alleged the state was underfunding schools.

But as the state raised property taxes on one end, on the other end it capped the amount of money school districts could raise through levies, which can fund nurses, counselors, custodians and technology resources not covered by the state. Spokane Public Schools, for instance, was getting tax dollars through a levy rate of more than $4 per $1,000 of assessed property value in 2018. After the McCleary fix, the state said districts couldn't get more than $1.50 per $1,000.

That lower rate is where the district has been at the last few years. It put the district's budget in a bad place. Of course, that was also partly due to pay raises to teachers, which proved to be controversial when budget cuts impacted hundreds of teachers months later.

Then the state raised the limit that districts could collect in levies to $2.50 per $1,000. Some school districts, like Central Valley, approved a levy last year at the higher capped rate. That's why CV's levy renewal proposal on the Feb. 9 ballot won't increase that rate. But Spokane Public Schools didn't immediately come back and ask to collect at the higher $2.50 per $1,000 rate.

Because the district will lower its rate next year on a separate bond — which unlike a levy pays for capital projects, not operational costs — the Spokane Public Schools' overall tax rate through its levies and bonds will only increase by about $.40 per $1,000 in 2022 compared with 2021. That's still significantly lower than it was in 2018.

And importantly, Swinyard says the school district desperately needs that money. The district is projected to see a $42 million reduction from the state in what's called levy equalization, which is designed to compensate for school districts that have lower property value and therefore can't collect as much through levies. Spokane's property value continues to rise, and as that happens, levy equalization dollars go down. You would think the rise in property value would mean the district can collect more through its levy, but that's not the case — voters are technically approving only the amount collected in a levy over a three-year period, not the rate, meaning if property values go up during that cycle the district can't collect more.

Even if this levy is approved, the district will be in a budget deficit, Swinyard says.

If the levy isn't approved, then Swinyard says the school district — one of the largest employers in the region — would have to lay off more people.

"We would have to come up with $65 million to supplant that loss of levy funds," he says.

That's why, despite the Spokane GOP's opposition to the Spokane Public Schools levy, not all local Republicans oppose it. Mary Kuney, a Spokane County commissioner, says she supports the levy proposal because without it, extracurricular activities could go away precisely at a time when kids will need it most.

Alisha Benson, CEO of Greater Spokane Incorporated, also says she was disappointed to see the Spokane GOP oppose the levy. GSI has come out in support of the district's levy, plus the others on the ballot. Twelve other local school districts — including Central Valley and Mead — are asking for voters to approve a levy on Feb. 9.

"We truly believe this investment is a critical part of our recovery," Benson says.

But voters may have more hesitation. Spokane County Commissioner Josh Kerns tells the Inlander that he believes this will be a tough year for levies due to the economic hardships.

The original print version of this article was headlined "Bad Timing?"