Through the haze of sprawl, there are some diamonds in the Valley. 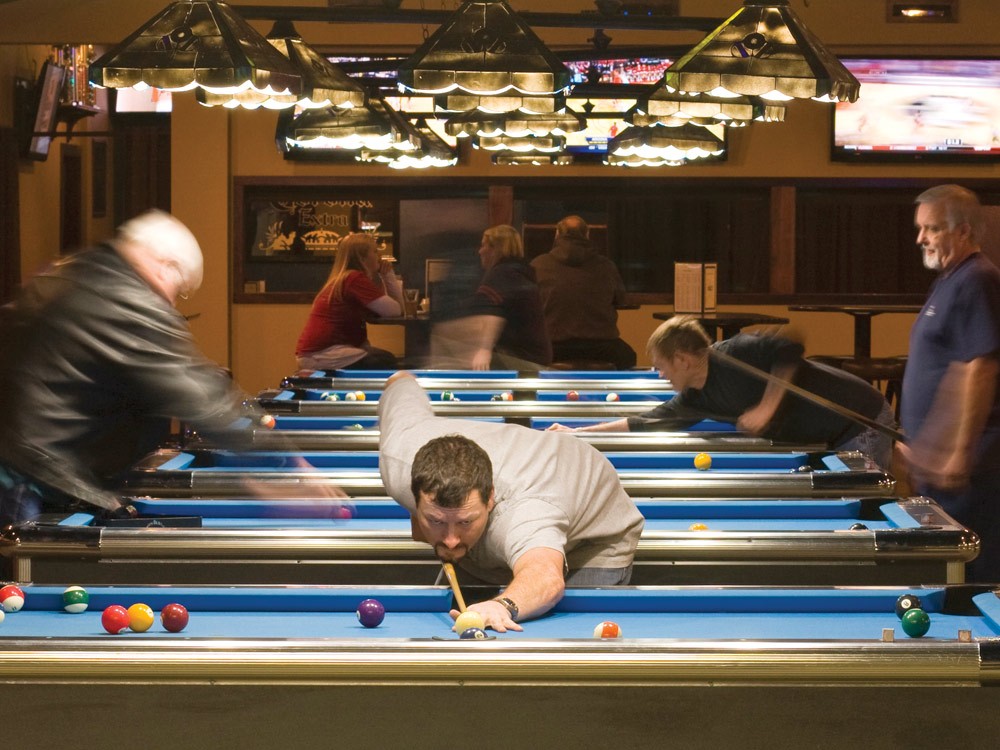 Jeff Ferguson
The Black Diamond: THE place to party in the Valley.

They say that long before it was called Spokane Valley, the Salish called it “Sn-tutuul-i.” They also say that no one knows what exactly what that word means.

And today, nine years after the Spokane Valley became its own city, there’s still a lot mystery revolving around the giant burg just to the east of the city of Spokane — like where, specifically, its downtown is located. Or, even more to the point, does it have a downtown?

A city of 38.1 square miles and nearly 90,000 residents has got to have some interesting nightlife, right?

I’m shocked as I drive around and around and around the Sprague/Appleway couplet — all of the sparkling neon lights that appear to be bars turn out to be jewelry stores or porn shops. I notice Monkey Bar (10605 E. Sprague Ave.) — a strip-mall, Cheers-type bar set back from the main drag that I’d heard from some faithful Valley residents is a great spot. On a Thursday night, the place was dead, save for off-duty bartender Ruby-Jo Dahl and some of her friends. Against a backdrop of pool tables, pull-tabs and a few stuffed monkeys, Dahl explains that people love Monkey Bar because it is “all about friendliness.” She’s worked here for five years and says that the staff understands what makes the people of Spokane Valley tick.

“People work hard for the money,” she says, “and they wanna have fun.”

But I’d heard something about there being a whole bunch of stuffed monkeys here?

“We took them down,” Dahl says. “Once [bars] went to non-smoking, they were honestly kind of stinky.”

Maybe Valley kids can point me toward some more gems. I drive to the Spokane Valley Mall (14700 E. Indiana Ave.) and head up to the food court. I ask one of the guys at Pita Pit what’s the best place to see real Spokane Valley nightlife. He points across the counter to a kid smoking an e-cigarette by the soda machine, “Ask him, he’s Mr. Valley.”

He pauses when he sees I’m taking notes: “No, I’m not really Mr. Valley,” as he exhales e-smoke from his nostrils.

I laugh. Gary, I could be your mother.

On my way there, I decide to drop in on my friend Chuck Canfield, who proclaims his apartment to be the exact center of downtown Spokane Valley. A lifelong resident and tireless Valley advocate, he claims to “live like a sultan out here.” We drive to a Valley standard: Ichabod’s East (12116 E. Sprague Ave.). On this chilly February night, we’re surprised to see how packed the smoker’s patio is. We take a couple stools at the bar, and Chuck leans over: “I was at a Halloween party here once and a guy was dressed as a giant joint,” he whispers.

Ichabod’s is more my style: a divey bar with a couple taps, pool, pull tabs and a bartender who doesn’t nag us. When the old Weezer song on the jukebox clicks off, we pay up and hit the road.

We end up at a strange neighborhood joint next: Jackson Hole Bar & Grill (122 S. Bowdish Rd.). The parking lot is full, but inside, there’s only a few people: a lady screeching country lyrics into a karaoke mic and a guy walking around with a motorcycle helmet propped on the back of his head like it’s a yarmulke. The specials listed behind the bar are:

It also says it’s Thirsty Thursday. Chuck asks the bartender what that means.

“Uh, it’s just what we call it,” the bartender shrugs.

After we throw back a beer, we agree that the kid at the mall had the right idea. The next night, we go to The Black Diamond. This, truly, is the place to go if you’re partying in the Valley.

At the bar there, you’ve got a clear view of two-dozen or so taps, including good local micros like 12 String and regional ones like Ninkasi. On a Friday night, the place is butts-to-nuts with pool sharks hunching over the 15 pool tables, girls with giant hair in groups of three and four, and people of all ages shaking their butts to the cover band in the adjoining room.

On the other side of me at the bar is a stinky fellow whose name I can’t understand, sipping hot coffee. He seems eager to tell me that “the Chinaman” at one of the pool tables is his best friend.

Hell, the Valley is a mystery. He just might be telling the truth.

According to bartender Ricky Jackson, Ambrosia Bistro & Wine Bar (9211 E. Montgomery) is where you start the party — “more a get-your-base, have-dinner kind of place,” he says. The strip mall bistro is an airy, open spot with a hefty wine list and mixed-drink menu, and sizable happy-hour portions.

... GET A DRINK NEAR THE BOOBS

You won’t find any booze inside the Déja Vu Showgirls strip joint on Sprague — so your best bet for liquoring up before the show is next door at The Bronco Inn (8714 E. Sprague Ave.). From what we can tell, if the strippers are onstage at the Vu, then the Bronco is probably open. Hours, otherwise, are hard to pin down.

We dropped by Tilt (14700 E. Indiana Ave.), the arcade inside the Spokane Valley Mall, to see what the kids were up to. Our cute-Japanese-toy-sensors fired into overdrive when we saw the claw-grab game was filled with hot pink Domo-kun plush toys! Odds are, if you spend a Friday night there and have some quarters to spend, you’ll leave with your very own Domo.

HAVE A BEER AND A GRAND SLAM BREAKFAST

If you’re a strong finisher — as in, you can continue drinking well into the night — it’s a bummer when your friends want to ditch the bar for some late-night grub. But Denny’s (6 N. Pines Rd.) in the Valley has you covered. Yes, the Spokane Valley is home to a Denny’s that has a “lounge” attached to it. Enjoy your Moons Over My Hammy with a nice glass of blush.

For a Friday night out with the fam, show the kids a little taste of your youth at Roller Valley (9415 E. Fourth Ave.). Rent skates and cruise the floor for two hours — 5:30 to 7:30 — for just $5.50 on Fridays, or couple-skate into the evening for $6.50. Roller Valley has some deals going on, too: Parents skate for free, ladies pay half-price on the first Friday of each month, and dudes pay half on the third Friday.