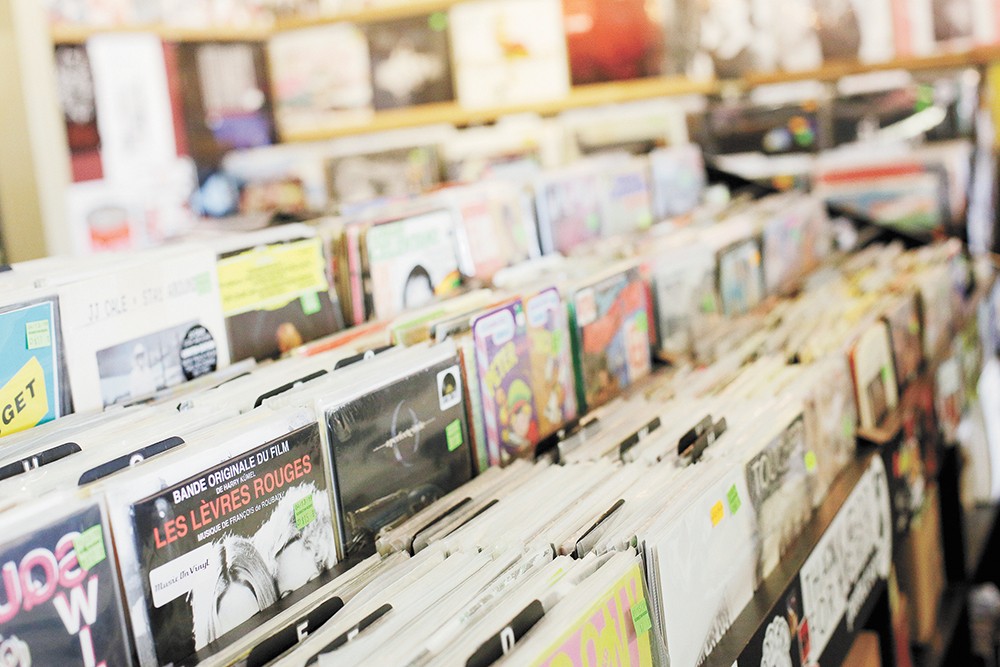 One of the true pleasures of perusing a record store is the randomness of discovery, the unpredictability of thumbing through overstuffed bins and stumbling upon an old favorite or an irresistible curio.

With retail shops either closing outright or limiting foot traffic in response to COVID-19, the option of browsing your neighborhood vinyl emporium hasn't been possible.

Toward the end of March, Resurrection Records owner Mike House closed the doors of his storefront and pivoted to online orders. Nearly three months later, the store itself is still closed to foot traffic, but his online sales through sites like Bandcamp and Discogs have exploded.

"Since those stimulus checks came out, I've been working 14 hours a day," House says. "I've been selling records for 13 years, and I've never been busier."

He estimates that he's been sending out between 300-400 individual packages a week, and though a date for reopening the store itself is still up in the air, he's contemplating a model where customers can set up appointments to browse on an individual basis.

"I feel bad not letting anybody in, because people just want to look around," he says. "All these people are wanting records right now, it's crazy."

The Garland neighborhood vinyl shop Groove Merchants, meanwhile, was closed for about two and a half months, offering curbside service during the downtime. Owner David Thoren reopened the storefront the afternoon that the city went into Phase 2, and customers began showing up almost instantly: He says last Saturday was the busiest single day Groove Merchants has had since the Christmas season. There's also been a burst in gear repair, and he's selling more used records than he's taking in right now.

"People have been stuck inside and they're jonesing for records," Thoren says.

Because the shop itself is so small, Thoren has limited capacity to just three customers at a time, which hasn't been a problem so far, though he's contemplating buying coffee cards from the neighboring Rocket Bakery in case prospective customers have to wait.

"I hate having to turn people away or making people wait," he says, "but they want to support us and make sure we stay open. I'm overwhelmed with the support I have."

The Coeur d'Alene institution the Long Ear, the Inland Northwest's longest operating record store, shut its doors on March 21, and its four regular employees went on unemployment. Save for a handful of online orders, the shop was effectively closed until finally reopening on the first of June.

"We were able to survive two months," says Long Ear co-owner Terry Borchard. "Three months would have been brutal."

The store is now requiring its customers to wear masks while they're in the store, and they've installed plexiglass sneeze guards at the register and plenty of hand sanitizer. Borchard says he's mostly received a positive response to these extra precautions, and the Long Ear's regular customer base has been showing up in droves the last couple weeks. Sales have even exceeded his expectations.

"I expected to get that surge, but you never know. You open your doors and you hope," Borchard says. "It almost looked like Christmas Eve the day we reopened." ♦