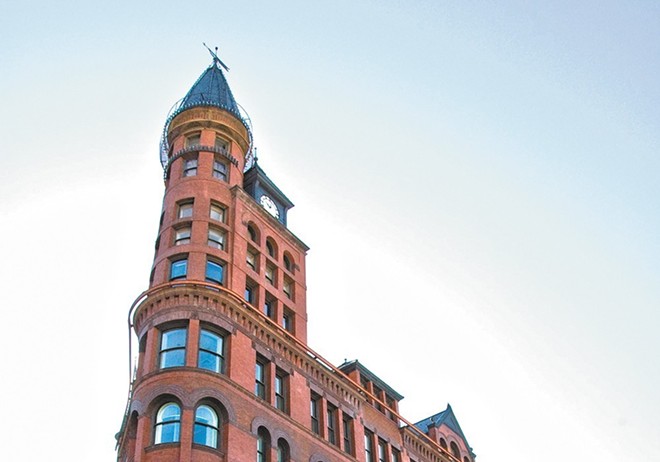 Reporters and editors brace for what seems like an annual tradition: buyouts and layoffs.

The newsroom staff of the Spokesman-Review was called to a seventh-floor meeting room Wednesday afternoon to learn what the calendar had already told them: Layoff season is here. Spokesman reporters have come to see late summer or early fall as a season of trepidation — as the time at which management traditionally announces that the current state of company requires even greater sacrifices from employees.


With the paper's editor, Rob Curley, sitting in the back of the room, Publisher Stacey Cowles said he was looking for about five newsroom staffers interested in taking voluntary buyouts. He would not commit to buyouts being limited to only five positions, and if no one volunteers to leave in the next two weeks, the paper will have to consider involuntary staffing reductions, employees tell the Inlander.

"We’re making slight adjustments to our costs as we get ready for next year," Cowles tells the Inlander via email. "My vision for the business model is we must charge home delivery customers what it costs to print and deliver a physical paper and at the same time expand into adjacent businesses to help fund our content mission."
The news of the staff reductions was first acknowledged in today's Spokesman-Review, in a single sentence deep in a business story about newsprint tariffs.

Additionally, on Aug. 5, Cowles wrote a column bemoaning the state of newspapers, which face rising print costs, dropping advertising dollars and pressure to pass on greater costs to customers. "We have no choice but to cut content or shift more cost burden to print subscribers," he wrote.

He concluded his column by highlighting the virtues of reading the Spokesman sans paper: "You get links to advertisers and you can make the type as big as you want. And no more wet or missing papers!"


This week's announcement that the paper was seeking to reduce staff size with buyouts follows a similar pattern seen this time last August. Ten staffers ultimately decided to leave in that round, including longtime columnist Doug Clark and outdoors writer Rich Landers.