SPORTS | Letting Go of the M'S

One bright spot can't save a lost season 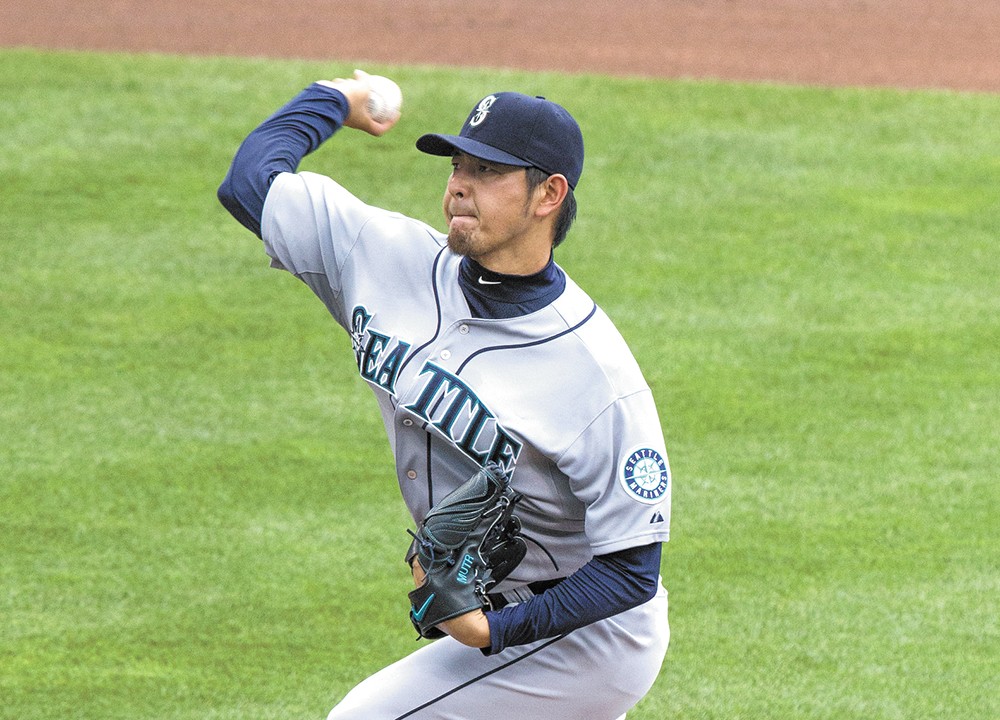 I'm a scorned lover or a beaten puppy

, or whatever vaguely Shakespearean term would apply to the sort of people who follow the Seattle Mariners this deep into August.

I said I'd stop after the All-Star break. But then there was a walk-off home run and the realization that the M's were improbably winning series after series, so I returned. Then I said I'd stop after a heartbreaking blown save in Colorado, but after a few more wins, I stuck around. Then a really weird thing happened last Wednesday afternoon, when Hisashi Iwakuma treated a sun-drenched crowd at Safeco Field to a no-hitter. This is Hisashi Iwakuma of the mid-80s fastball and constant injuries, the guy who was all but traded in late July in the minds of many Mariners fans.

There was joy, and the sensation that the pain had paid off. Maybe they had changed, and I didn't need to file for separation. We could be happy together through September and maybe, hopefully, by some stroke of fortune, October. The no-hitter, a sign that all had been redeemed, was accompanied by the sort of elation that made it hard to believe this team could lose again.

But they did lose, in the very next game in Boston, by a score of 15-1. It hurt, but they'd bounce back, right? That sort of thing couldn't happen again the next day, especially not with Felix Hernandez, the best pitcher in baseball, on the mound, and certainly not against the hapless Red Sox. Oh, but it did. The King gave up a very peasant-like 10 runs on the way to an embarrassing 22-10 loss that saw the M's backup catcher pitching the eighth inning. From there, it was off to Texas, where Fernando Rodney, a man who has destroyed more hearts than Taylor Swift and trans fats combined, blew the game in the ninth.

To follow up the majesty of the no-hitter with such an impossibly bad performance was so quintessentially Mariners: Amazing individual performances (Iwakuma, Nelson Cruz) coupled with persistent, staggering failure on a collective and institutional level.

So I'm done, and I'm not sad. It was a clean break. I'm ready to enjoy what's left of the summer free from box scores and heartache. And it's not like a 10-game winning streak would bring me back into this destructive relationship.

I mean, that wouldn't even happen, right? Sure, a streak like that would put them right in the middle of wild-card talk, akin to the 1995 run, and with bats like Cruz and Robinson Cano heating up, it's possible...