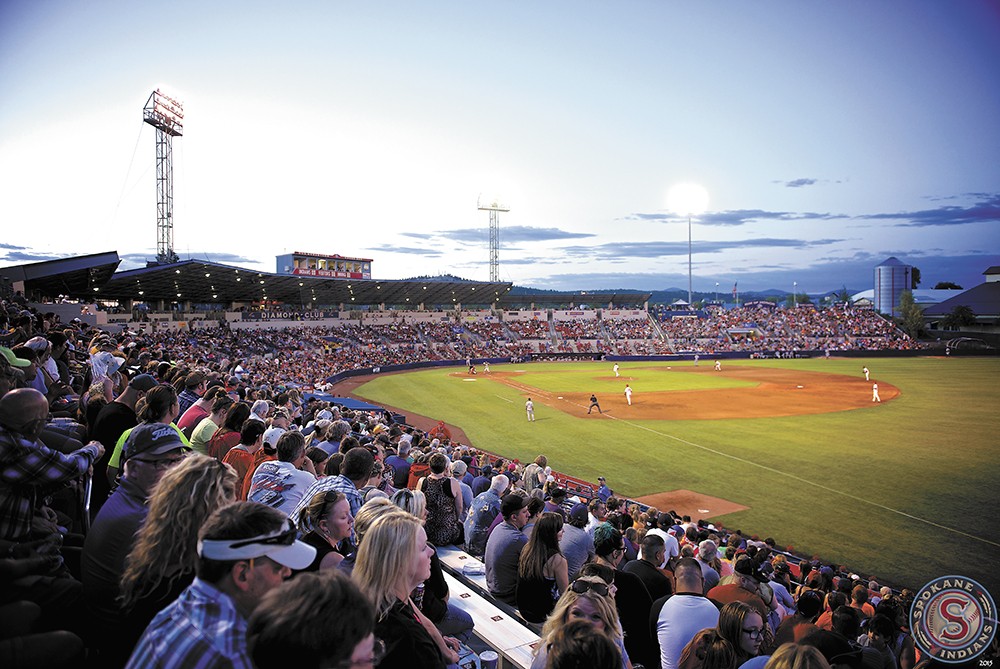 You can expect a packed house at Avista Stadium for the All-Star game on Aug. 4.

all the league has to do to attract people to its All-Star Game is make sure fans know which TV network is going to air it.

At the lower depths of the minor leagues, it's more of a challenge to throw a memorable midsummer classic, considering the players involved are largely unknown, just starting to make names for themselves and often jump teams over the course of a season.

With that in mind, the folks at the Spokane Indians' Avista Stadium are doing a lot to make sure that those attending the first-ever All-Star showdown between players in the Northwest League and their peers in the Pioneer League will have plenty of fun at the Aug. 4 game well before the first pitch.

It kicks off with a Fan Fair a full three hours before game time, when people walking through the gates will find a slew of activities atypical of most Indians games.

The goal, according to Indians PR director Dustin Toms, is to offer attendees an All-Star experience to match that of the the players, while showcasing Spokane and the surrounding area to the fans, teams and league officials traveling here for the festivities.

It's safe to say that it will be impossible for anyone to be bored once they arrive at Avista Stadium.

Inside the stadium, fans can watch both squads — representing players from 14 major-league organizations, six states and a Canadian province — take batting practice, and line up for autographs from those same players; the teams are likely to include several of the top baseball draft picks from June, so those autographs will be worth saving.

Six players, three from each league, will face off in a Home Run Derby at the Fan Fair, with local kids shagging balls and running the bases. A temporary rock wall will be open for climbing near the Kids Zone in right field; an inflatable obstacle course will test kids as well. Between the Home Run Derby and the game, the field will feature Frisbee-snatching dogs and karate-chopping kids from the community showcasing their skills.