We may not be Hollywood, but Spokane and the surrounding area has occasionally taken a starring role in major theatrical releases — sometimes as itself and sometimes as other cities, but most often in the role of Anytown, U.S.A. (And no, the Red Dawn remake and the 2019 comedy Tag were not filmed in the Inland Northwest, despite being set here.) From a Steven Spielberg fantasy to a thriller by horror master John Carpenter, here are some notable films shot in and around Eastern Washington.

Why Would I Lie? (1980)
One of the first major features to use Spokane as a backdrop was this long-forgotten comedy starring Treat Williams as a compulsive liar who adopts a precocious kid and tries to track down the boy's mother. The film was critically panned and was never released on home video in the U.S.

Vision Quest (1985)
Based on a novel by then-local author Terry Davis, this inspirational story about a high school wrestler (Matthew Modine) and a tenacious drifter (Linda Fiorentino) was shot at various schools around town, including Rogers, Shadle and Ferris. The movie also features Madonna, who sings "Crazy for You" on stage at the Bigfoot Tavern on N. Division. By the time Vision Quest was released, she was the biggest pop star in the world, and "Crazy for You" topped the Billboard charts.

Always (1989)
It isn't one of Steven Spielberg's best-remembered films, but the old-fashioned, supernatural romance Always uses Eastern Washington locations (the towns of Ephrata and Sprague), as well as the forests of the Idaho panhandle, to magical effect. A remake of 1943's A Guy Named Joe, the movie features Richard Dreyfuss, Holly Hunter, John Goodman and Audrey Hepburn in her final film appearance.

Toys (1992)
A notorious box office flop, Barry Levinson's overly whimsical fantasy stars Robin Williams as an eccentric man-child protecting his late father's toy factory from a militaristic uncle. The factory itself was created on brightly colored sound stages, but there are some gorgeous and eye-catching outdoor scenes that were filmed near the Palouse, most notably in the golden wheat fields of Rosalia.

Smoke Signals (1998)
The first wide-release feature film made by a predominantly Native American cast and crew, this adaptation of a Sherman Alexie short story was filmed in downtown Spokane and on the Coeur d'Alene Reservation. It has become a beloved classic and was recently preserved by the Library of Congress for being historically and culturally significant. 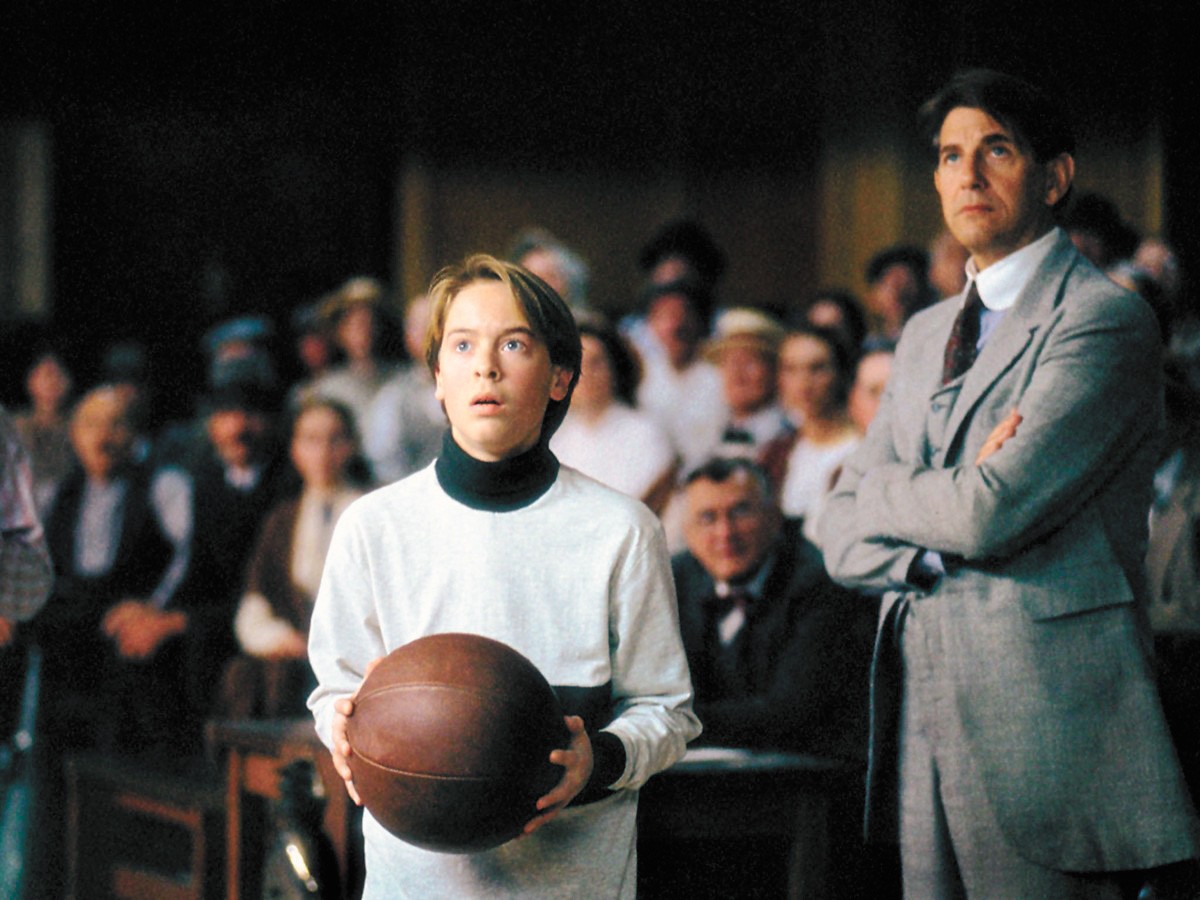 The Basket (1999)
Set during World War I, a family-friendly story of German orphans who are transplanted to the Pacific Northwest and an inspiring schoolteacher (Peter Coyote) who introduces the small town to basketball. Directed by North by Northwest's Rich Cowan, the film focused on the visual splendor of the region, with plenty of golden-hour shots of the landscape.

Mozart and the Whale (2005)
This rom-com was originally planned as a project for Steven Spielberg, but it ended up being helmed by Norwegian filmmaker Petter Næss and starring Josh Hartnett and Radha Mitchell as autistic adults who fall in love. The film features the Gonzaga University campus and the Cat Tales nature preserve, and a fantasy set piece was shot in the main atrium level of River Park Square.

End Game (2006)
There was a period where Cuba Gooding Jr. never seemed to leave Inland Northwest, appearing in such Spokane-shot films as Lies & Illusions, The Hit List and Wrong Turn at Tahoe. This 2006 thriller was the first of that batch and has Spokane playing Washington, D.C., where a Secret Service agent investigates a presidential assassination attempt. Burt Reynolds, Angie Harmon and James Woods co-star.

Home of the Brave (2006)
Spokane was again in the spotlight with this Bush-era drama about soldiers returning from the Iraq War (those scenes were shot in Morocco) and readjusting to their ordinary lives. Samuel L. Jackson, Jessica Biel, Christina Ricci and 50 Cent appeared in the film, and it was directed by longtime Martin Scorsese collaborator Irwin Winkler.

The Ward (2010)
Horror master John Carpenter emerged from a decadelong hiatus for this psychological ghost story shot primarily at Eastern State Hospital, and while critics admired the atmosphere of the real locations, they mostly panned the movie. The film never received a wide theatrical release in the States, and Carpenter hasn't directed another feature since The Ward.

Knights of Badassdom (2013)
This goofy action comedy plays like a grab-bag of nerdy pop culture references, with its plot about live-action role players battling actual hellspawn and its cast featuring True Blood's Ryan Kwanten, Firefly's Summer Glau, Community's Danny Pudi and Game of Thrones' Peter Dinklage. The movie generated buzz after it was significantly re-edited by its distributors, and director Joe Lynch campaigned for the release of his own cut of Badassdom. ♦