Perennial favorites combine for the season at Art Spirit 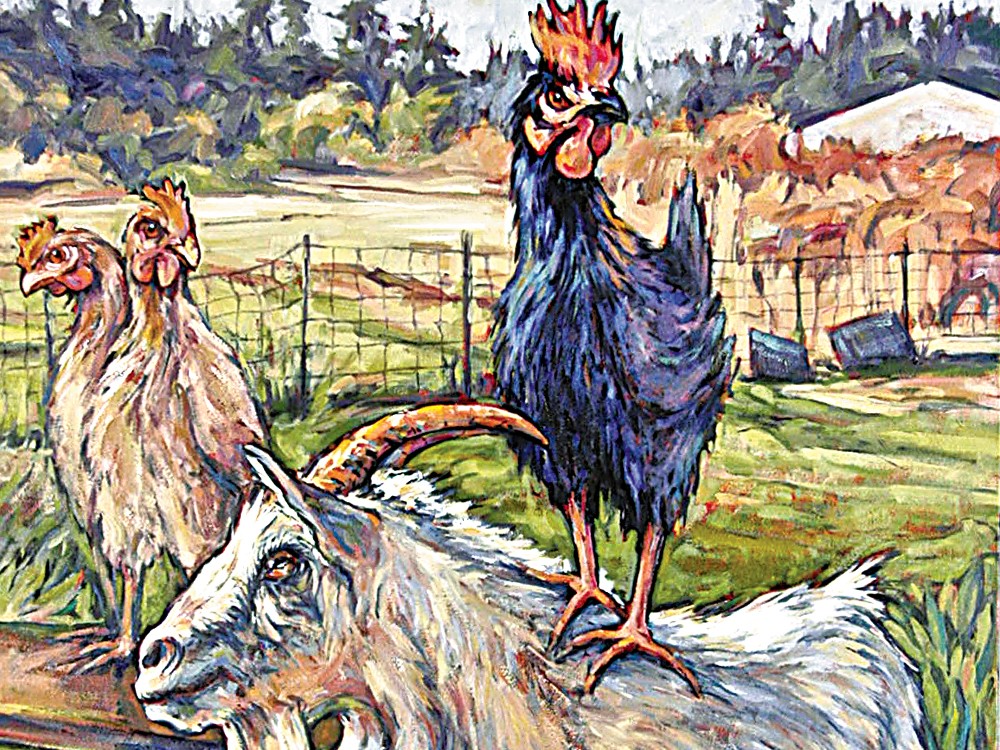 Gordon Wilson\'s \"Wayfinding\" is one of the pieces featured at The Art Spirit.

Garden perennials herald the arrival of spring, anchoring the landscape with familiar favorites. Under the care of a master gardener, newcomers are worked into the overall planting scheme for maximum effect.

That’s what The Art Spirit Gallery’s Steve Gibbs might remind you of: a master gardener.

As he’s done nearly every spring since 2005, Gibbs welcomes the beginning of Coeur d’Alene’s ArtWalk season with an exhibition of new work by his core group of artists, including Mary Farrell, Mel McCuddin, Gordon Wilson, and Claudia Pettis, plus a few new faces.

Some artists have participated nearly every year. Although he’s mostly been working in mixed media assemblage and enamel, Harold Balazs, at 85, continues to innovate. He is set to exhibit 10 new acrylic paintings. They’re a preview to his September show with fellow veteran artist McCuddin (younger than Balazs by just five years) celebrating the gallery’s 150th exhibition. And Sister Paula Turnbull, a longtime Art Spirit exhibitor, is contributing a welded sculptural sphere that says “Peace” in 14 languages (not bad for someone in her nineties).

Sprinkled among the perennial artists are newcomers like sculptors Chuck Aydlett, Kerry Moosman and Ken Fenton.

Aydlett exhibited in the gallery’s clay invitational last year and hails from Montana, where by day he is the Clay Business Manager of the acclaimed Archie Bray Foundation for the Ceramic Arts. In his spare time, however, Aydlett creates hand-built sculpture, enhancing it with blendable “china” paints and special pencils — the marks don’t burn off even when fired to 2,200 degrees Fahrenheit — to illustrate complex little narratives directly on his three-dimensional forms.

“Burning Desire,” for example, captures the conflicting necessities of making art and making a living. It is a small, flattened male figure painted as if wearing bright-red long johns. Its “head” is oversized for the body, split like an open-face sandwich, onto which is drawn a figure in a room with a window, clay vessel and large potted plant. The figure, also in long johns, has one hand on the plant, the other on the window, both connecting and delineating the two halves of the interior room scene.

Like Aydlett, Moosman hand-builds his pieces (versus using a mold or throwing forms on the potter’s wheel), but to a vastly different end. His elegant yet ancient-looking vessels echo Native American techniques like those employed by the late Maria Martinez, whose “blackware” achieved a liquid surface sheen prized by collectors. Moosman meticulously burnishes the clay surface, bringing out its crystalline nature — clay is, after all, decomposed rock that returns to its rock-like state once fired—in a process that might take a month or more for one vessel. He fires each piece in its own container, called a saggar, that also contains combustible materials. Starved of oxygen inside the saggar, the combustible materials react chemically with the porous clay surface, transforming it into a range of earth tones, sometimes unexpectedly so but magical nonetheless.

Fenton’s vessels might mimic the sizes and shapes typically used by a potter, yet his process is dictated by the uniquely industrial materials he uses. A retired welder whose lifetime of pipe-working experience includes repairing refineries and nuclear power plants, Fenton measures, fits, clamps and welds myriad pieces of stainless steel — bolts, pipe, assorted shapes of metal — into place. Cutting, grinding and finishing the piece results in a complex and surprisingly delicate latticework of elements united in their shiny metal-ness.

Whether it’s work by artists new to the gallery or new work by familiar exhibitors, the spring show offers a medley of visual appeal.