STA denies Woodward's claims about sex trafficking, Ozzie says Rep. Matt Shea should "be in prison" and other headlines 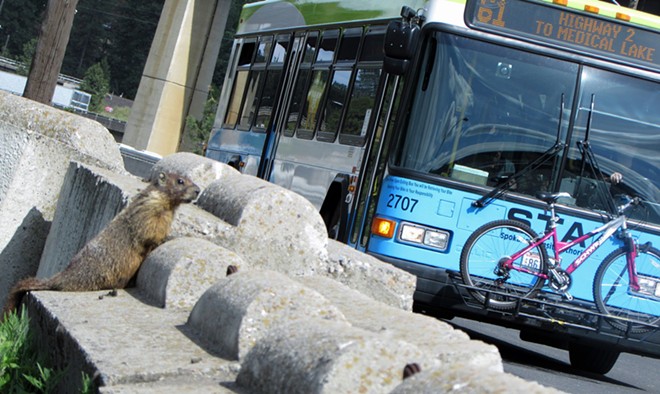 ON INLANDER.COM
Not that kind of bus traffic
The Inlander investigates mayoral candidate Nadine Woodward's claim that there's a lot of sex trafficking happening at the Spokane Transit Authority's bus plaza.

The GSI, the PDA and the Council Pres
City Council President Ben Stuckart is clashing with GSI over the contractual details of the person they hired to oversee the Northeast Public Development Authority. (Spokesman-Review)

PAC rats
The firefighter's union, which funded the PAC which put out against sleazy ad against Matthew Howes two years ago, has a new PAC, supporting Ben Stuckart. (Spokesman-Review)

Sheriff Ozzie on Rep. Matt Shea: "That man should be in prison.”
Spokane leaders across the political aisle come together to celebrate America on the Fourth of July, and troll each other. (Spokesman-Review)

Electoral Treasure Maps
Democrats race to seize back statehouses before 2020, when the floodgates open for partisan gerrymandering. (Spokesman-Review)

Will-they-won't-they, but for a constitutional crisis
Trump may use an executive order to revive the census question that the Supreme Court rejected