Stars Come Out For SAN 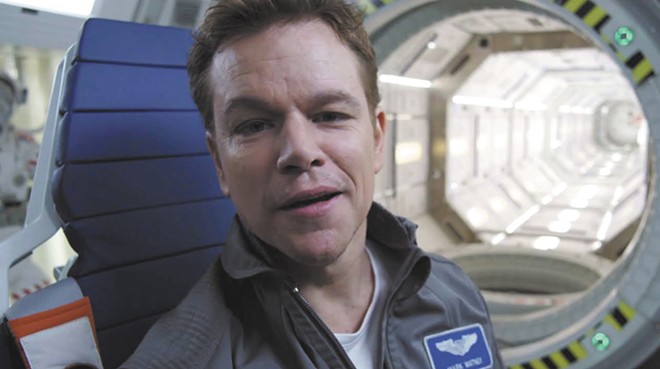 Matt Damon in The Martian

Although the world AIDS crisis

and the unprecedented fear of the disease that hit in the 1980s seems far behind us, a staggering 1.2 million people in the U.S. are estimated to be living with an HIV infection — including those unaware of their condition — according to the latest reports from the Centers for Disease Control. As advances in medical treatment of the disease have increased the longevity of people diagnosed with AIDS/HIV, it's easy for many of us to think it's no longer a major threat to our health. But while the number of people living with the diagnosis has increased — thanks to life-saving drugs — there are still far too many new infections each year, the CDC reports, even though the number of annual new cases remains stable. Those are numbers they would rather see dropping.

In Spokane and across Eastern Washington, HIV/AIDS patients are supported by the Spokane AIDS Network (SAN), a nonprofit that advocates for and supports the health care and well-being of the local population living with the disease. SAN provides case management, housing assistance, a food pantry and all-important programs that support AIDS prevention.

To maintain these crucial services, SAN is once again hosting its annual Red Ribbon Gala during the evening of the 88th Academy Awards. The semiformal event, now in its 18th year, brings the red carpet to downtown Spokane for an elegant evening offering a plated dinner, a live auction, and of course the live telecast of the awards ceremony. Though it's an evening centered around the stars of the silver screen, the deserving stars of the night are the generous community members who've turned out to support the efforts of the Spokane AIDS Network.

How to approach your remodeling projects like a pro

Before & After: Lacey Hert, Sarah Grant and Ali Messer share their DIY projects