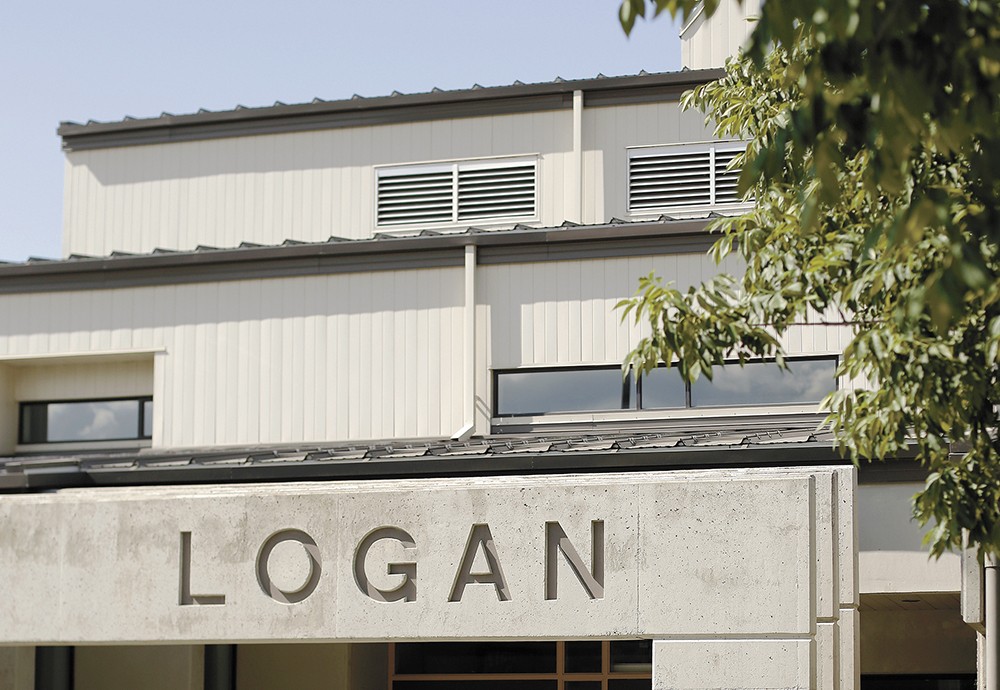 Young Kwak
An incident at Logan Elementary prompted a parent to complain to the state about Spokane's use of isolation.

By the time Michelle arrived at Logan Elementary School in January to pick up her son, he had been locked in a dark padded room for half an hour.

Michelle found him sweating in a winter coat in the isolation room. A book wedged the door shut, and music inside drowned out any outside voices. He'd been placed there for "hitting and pushing staff" and throwing a chair. But Michelle, who asked that she only be identified by first name to protect her son's privacy, says her son was acting calm when she saw him, despite him being locked inside.

It was the first time Michelle saw her son in an isolation room at Logan. And she was furious. There was no reason to keep him in there for that long, she thought.

"I just wondered: How many other times had he been in this room, calm?" Michelle says.

In fact, her son, an autistic fifth grader who can become physically aggressive in unstable situations, was isolated or restrained 19 times during the 2018-19 school year before Michelle found him there in the isolation room on Jan. 18. Seeing it in person prompted her to file a citizen complaint with the state Office of the Superintendent of Public Instruction the next day. The OSPI investigation found the district in violation of restraint and isolation requirements.

"OSPI finds that there was a pattern of improper restraint and isolation," says the decision, obtained by the Inlander through a public records request.

"No one gets into this business with the intention of harming kids. These teachers are well-meaning, underpaid people trying to do their jobs."

But the pattern extends beyond Logan Elementary. Months after Michelle's complaint, OSPI sampled multiple schools in Spokane and found "several points of concern," according to a report compiled in response to a separate citizen complaint. The district appears to be "overusing" restraint and isolation, the state found, by isolating students when they shouldn't or by keeping them isolated longer than necessary.

In the 2017-18 school year alone, Spokane Public Schools reported more than 3,200 student isolations, a number roughly 10 times higher than other large school districts in Washington — though OSPI notes that data may be unreliable due to differences in how districts report it. Still, it's a number that even Spokane Public Schools admits is too high. The district says it is training teachers in de-escalation techniques in an effort to avoid unnecessarily locking students in padded rooms.

That's important, because the experience can be harmful to children, says Emily Chiang, legal director for ACLU Washington.

"It's psychologically destructive oftentimes," Chiang says. "What you've done is traumatize a kid and have them associate school with bad things and create distrust in the educational system."

Spokane isn't the only school district facing scrutiny for improper use of restraint and isolation of disabled children. Two years ago, the ACLU of Washington filed a lawsuit against OSPI alleging students across Washington were being wrongfully disciplined. The lawsuit alleged that students in both Yakima and Pasco school districts endured abusive restraint and isolation.

Chiang says the kind of citizen complaints that spurred a state review of Spokane's practices this year are "a dime a dozen."

"What's really unfortunate is how often you see children with disabilities being treated in this way," Chiang says. "It's happening across the state and across the country."

Chiang, however, doesn't lay the blame with teachers, who she says usually are doing the best they can for the students. Rather, it's the larger system starting at the state level that's led to a lack of training and resources for teachers to handle situations appropriately.

"No one gets into this business with the intention of harming kids," she says. "These teachers are well-meaning, underpaid people trying to do their jobs."

Spokane, however, stands out in a couple ways. The district has a relatively high percentage of students with special needs, with 17.4 percent of the population identified as special education students. And Spokane has a disproportionate amount of group homes compared to the west side of the state, where it's more expensive to operate one. That attracts even more high-needs kids to local schools.

And Spokane reports incidents of isolation at a much higher rate than others in Washington. Seattle Public Schools, for instance, reported just 141 isolation incidents in 2017-18. That pales in comparison to Spokane, where Holmes Elementary School alone reported 520 incidents. Again, there's reason to question that data. Glenna Gallo, the state's assistant superintendent of special education, says the state suspects other districts may be underreporting, while OSPI has found instances of Spokane both overreporting and underreporting isolation incidents. (Districts are undergoing training to provide more accurate data in the future.)

With that said, Gallo notes "it also seems likely that in some schools, restraint and isolation may be used more frequently" in Spokane. There are isolation rooms in many Spokane schools — every one with a behavioral intervention or Autism Behavior Learning Environment (ABLE) program — but Gallo says they're not very common elsewhere. OSPI doesn't provide support around the use of isolation and does not recommend its use, she says.

"I visit a lot of schools, and I don't typically see isolation rooms in them," Gallo says.

Michelle, the parent who filed a complaint at Logan, says she thinks there are moments when isolation rooms can be beneficial for her son. She sympathizes with teachers who are placed in these situations. The behaviors her son exhibited before isolation occurred were often concerning. School reports indicated instances where he "stabbed staff in [the] neck with [a] pen," kicked and punched teachers and threw items around the classroom.

But she's able to avoid those situations at home.

"We know his triggers. And we know what works for him," she says.

She thought a behavioral intervention plan developed by the district would help teachers understand the same triggers. The plan included a series of steps to take before using restraint or isolation. But that plan wasn't shared with every staff member who worked with her son, and the school district admitted it wasn't followed, according to OSPI's report.

Michelle hopes more resources will be devoted to proper training for teachers.

"Teachers are already so busy, and I get that," she says. "They need to be supported better."

In the fall, before Michelle made her complaint with the state, Spokane Public Schools Director of Special Education Becky Ramsey was already working on ways to reduce the number of isolations and restraints.

"I talked to OSPI in the fall and asked: What can we do to bring these numbers down?" Ramsey says.

State officials suggested the district look at a new kind of training, different than the Right Response de-escalation training teachers had at the time. The district landed on training from the Crisis Prevention Institute (CPI), which Ramsey says is rooted in "trauma-informed practices."

Ramsey says teachers are "very enthusiastic" about new training. She says the goal is that by the start of next school year, every behavioral intervention and ABLE teacher and paraeducator will be trained under CPI.

"We want to make sure we are giving teachers more tools to de-escalate more quickly, and prevent the likelihood that a student is escalated in the first place," Ramsey says.

State law mandates that isolation shall only be used if the student is posing imminent likelihood of serious harm, and the isolation must be closely monitored, then discontinued as soon as the likelihood of harm dissipates.

OSPI found other examples when isolation or restraint was appropriate, such as when one student threw a metal chair and hit a staff member, or an 11-minute restraint when a student punched staff members with closed fists, or a 44-minute isolation when a student "began cussing, biting staff, and slammed teacher hand in door... urinated and defecated, smearing the walls, window and floor."

In its report, OSPI admits it's a challenge to judge the imminent likelihood of serious harm in the heat of the moment. But Gallo says training should offer guidance — when a student is no longer exhibiting signs of violence, the isolation is supposed to stop. It should never be used as punishment, she says, only for safety.

Chiang, with the ACLU, says training is crucial for those moments.

"It's hard to know what to do in that situation without training. You go into this sort of reflexive response where your goal is to get the kid out of the classroom," she says. "Especially if your school has a culture of restraint and using the isolation room." ♦

The original print version of this article was headlined "Singled Out"