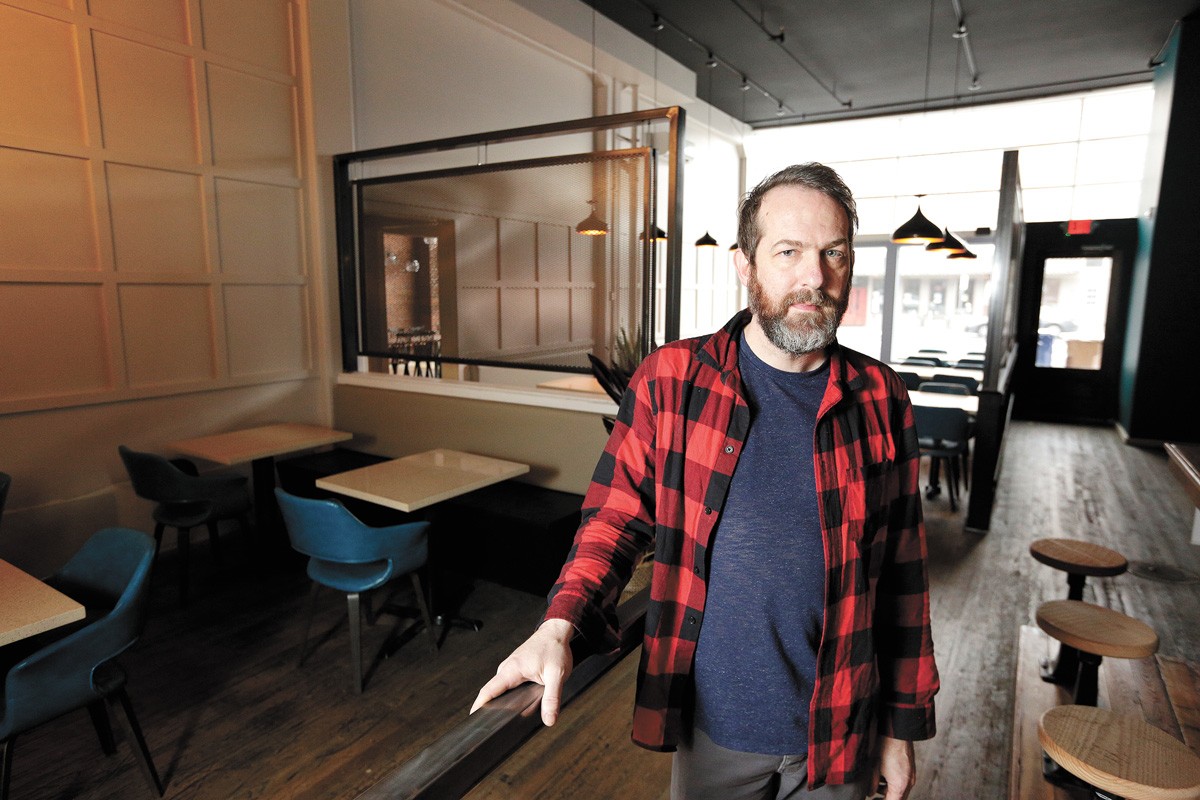 Starting this week he's moving Stella's Cafe, his casual sandwich and burger spot inside the Saranac Commons, to the kitchen at Eyvind, which he's discontinuing. The fine dining spot debuted in late 2019, mere months before the coronavirus pandemic's onset.

"When we opened Stella's 10 years ago, we were so limited by the kitchen, but now we have a full kitchen, so I can do what I wanted to do 10 years ago," Brown says.

In place of Stella's at the Commons, Brown is leaving the McRuins name and format. The fast-food inspired menu originally debuted at Ruins as a weekly special, offering burgers and other creative takes on popular chains' signature items.

"McRuins was probably the busiest night of the week at Ruins, so during COVID we moved that menu to the Saranac because we thought it would be fun, and it really took off," he says. "But it was still kind of confusing because we had the banh mi from the old Stella's, and it was a hodgepodge of stuff. So I just decided to make it basically fast food and offer burgers, chicken sandwiches, crunch wraps and some different fries."

Brown cites what he expects to be a slow return to full-capacity fine dining, both due to statewide health restrictions and diners' changing preferences, as one of the reasons to discontinue Eyvind.

"I'm not the greatest at forecasting trends, but I think fine dining is still a year out at least," he says. "Making money on fine dining is obviously doable, but right now especially with the cap on dining, it's really hard. For me, also, I'm just getting old, so I just went back to an old menu rather than going forward with a new menu."

He says that weekend-only or pop-up dinner service are a likely possibility at Stella's new home, and that the space is retaining a full liquor license.

Back at Ruins, Brown says the dining room will continue to serve as a pop-up vintage boutique and video rental counter this summer since it's too small to reasonably seat diners until full indoor capacity returns. Ruins' menu is available to go, and for service on its small back patio, which is being expanded. Brown plans to have themed movie nights on the patio through summer.

For the latest news and updates, follow all of Brown's restaurants on social media: facebook.com/ruins.spokane and on Instagram @_stellascafe, @_ruins and @huntspokane.

Owners of Clover restaurant in the Logan neighborhood took to social media over the weekend to announce that it won't be reopening after shutting down last year due to the pandemic. Owners Scott and Liz McCandless cited their desire to retire and spend more time with family as the main reason for closing the restaurant, which had operated in a historic craftsman house since 2012.

"We want to thank all our wonderful guests, supporters, cheerleaders, team members, news editors, businesses and Zag families that carried us through nine years to serve you. What began as an idea to share some love of food became an extraordinary experience for many wonderful people of Spokane and travelers alike," the couple shared.

The announcement also mentions that Clover is for sale. 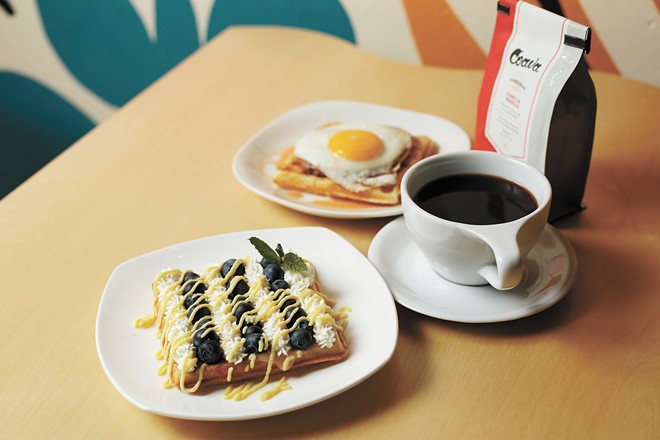 
Newcomer People's Waffle, which began last summer as a food truck, also recently opened for dine-in and takeout service at its new permanent home in the former Observatory bar spot at 15 S. Howard. The cafe offers both sweet and savory topped waffles — banh mi sandwich in waffle form, anyone? — including gluten-free options, and is currently open Wednesday through Sunday from 8 am to 2 pm.

Downtown live music venue and lounge Lucky You is planning to reopen for food and drinks soon, too, aiming for a return on April 27. Find updates on forthcoming menu specials and more — least of all its return to hosting live music — by following along on social media. ♦