Stephen King's Pet Sematary gets another big-screen treatment, and it probably should have stayed buried

A funeral procession of kids in creepy masks? Probably something to leave off the real estate listing.

The whole point of Pet Sematary — both Stephen King's 1983 novel and the effective 1989 movie version — is that you shouldn't revive the dead because they won't be the same when they come back. (It's one of those universal, timeless messages.) So it's a little on the nose that the new adaptation, directed by talented up-and-comers Kevin Kölsch and Dennis Widmyer (check out their Starry Eyes), feels ... off.

For the uninitiated, the scenario is dark from the get-go. Dr. Louis Creed (Jason Clarke) has moved with his wife Rachel (Amy Seimetz), 8-year-old daughter Ellie (Jeté Laurence), toddler son Gage, and their cat to rural Maine to work at the university. Their new home is idyllic except for being right next to a highway down which semi trucks frequently come barreling, occasionally hitting someone's pet. A "pet sematary" (so spelled on the sign) has been established in the woods by neighborhood children for generations and does not lack occupants.

When the Creeds' cat, named Church, is inevitably robbed of his ninth and final life, the family's nearest neighbor, kindly old widower Jud (John Lithgow), tells Louis that up beyond the pet sematary is the real cemetery, the one the old Native tribes once used. It is said that anyone buried there will return from the grave. In Church goes, and out he comes again the very next day.

But guess what? Now the cat is "different," somehow meaner and less affectionate than before, even though he was already a cat. Jud tells Louis, "Oh yeah, that's usually what happens, did I not mention that? But hey, you spared your daughter the sorrow of losing her cat, right?"

I should add that besides all this, Louis had not one but two supernatural premonitions in which a dead hospital patient warned him not to mess with the dead.

So what happens next? You know if you've read the book or seen the other movie, but I bet you could guess even if you haven't. Sure enough, a tragedy befalls the Creed family that is even worse than losing a cat, and sure enough, Louis then does what common sense, direct warnings and actual recent experience indicate he should not.

His reckless, illogical, self-defeating actions are understandable if he's delirious with grief and remorse. I assume King's novel establishes that state of mind, but this movie does not. Louis behaves as if following a script, doing what he does not because of internal motivation but because it's what's supposed to happen next.

The story also features unrelated supernatural moments like Rachel having flashbacks to her sickly sister, who died young, and being haunted by memories of her. In the book these details might add to the suspenseful mood; here they just seem like a red herring.

But if the whole thing doesn't work very well as a whole, there are individual scenes and sequences that offer the cold sweats audiences paid for, and it might all be highly effective for a viewer with no foreknowledge of it. Then again, even the best possible version of this story would still be a creepy downer. But if you like creepy downers and aren't already familiar with Pet Sematary, here you go, I guess? ♦

Pet Sematary is not showing in any theaters in the area. 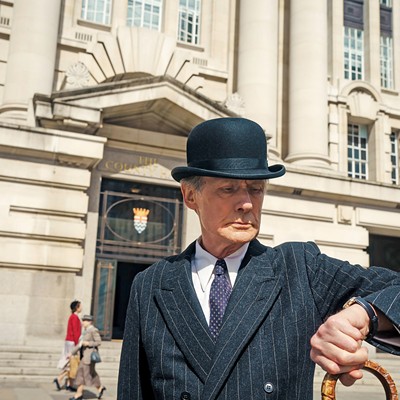