Spokane's own Kayla Erb is taking her rapping game to the big time with dnk. 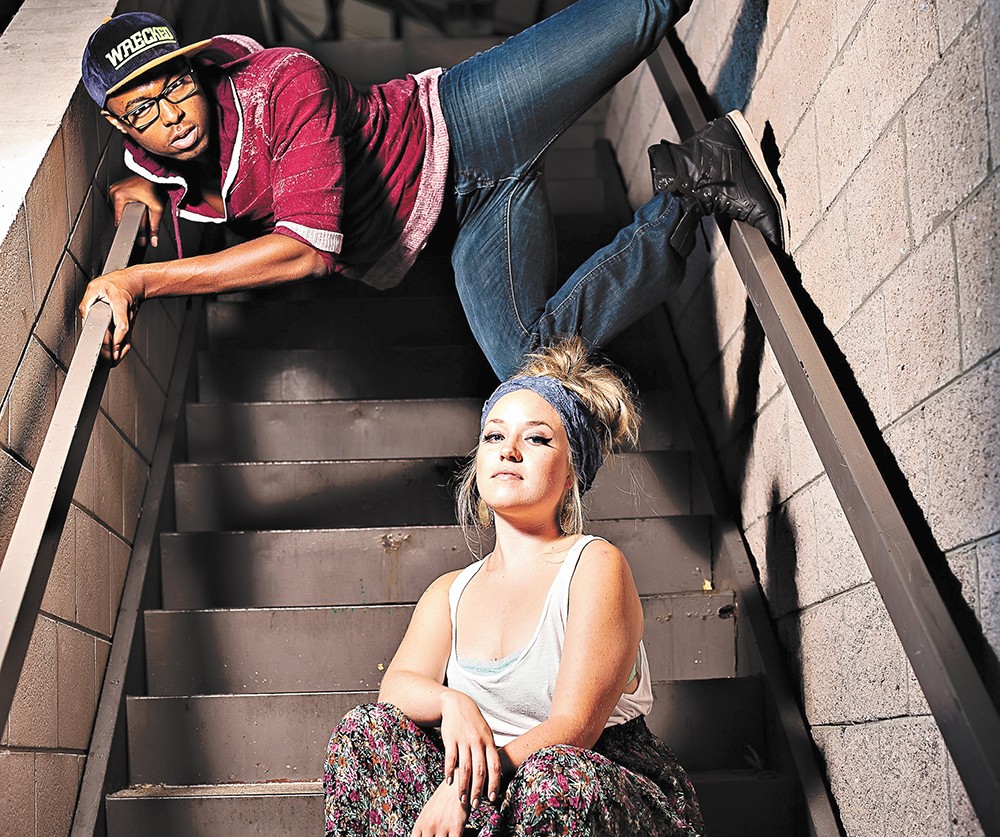 She's pint-sized and pale, with long, sun-kissed hair and a quiet sensibility, yet Kayla Erb is the larger-than-life rapper for the Nashville pop/hip-hop act dnk.

Listen to the group's recent self-titled EP, produced by Aaron Sprinkle (OneRepublic, Anberlin) and her inflections hit hard and guttural at times, only to flow freely in the next phrase. It's all so unexpected. That's how David Davis, the band's soulful vocalist, felt when he first heard her rap.

The moment to break out that closeted talent came when everyone taking a commercial pop-vocals style class at Nashville's Belmont University was required to rap. Davis was a classmate. Performing "Bottoms Up" by Trey Songz with Nicki Minaj, Erb absolutely killed it.

"Others were clapping, but I stood up. I looked around and said, 'Did anyone else see what happened?'" says Davis.

"In high school [she graduated from Mead in 2009] I teased my parents a bunch about quitting singing and rapping," says Erb last weekend at the Service Station coffee shop, one of her favorite haunts when she lived here. "I kept learning these raps secretly. I didn't think it was possible that I would be good at it."

Erb and Davis, who hails from Chicago, were friends before that class — running in the same circles as other commercial voice performance majors with a music business emphasis — but after that classroom performance, Davis asked Erb to rap at his senior recital. In the audience that night was Becki DeVries, now their publisher and brand manager of Kompass/Kobalt Music Group.

"She told us we needed to keep rapping and singing together," Erb says.

After graduating last May, the 23-year-olds, already with a publishing deal, jumped headfirst into the music business, writing songs, making YouTube videos of covers and performing more than a dozen shows per month around the city with the band's three other members. On their current West Coast tour, dnk. will stop here for a couple of shows and school workshops, including a performance at a Spokane Indians game, where Erb used to perform the national anthem.

Their catchy music, which would feel right at home in the Top 40, is very transparent. It's positive, with no profanity included for effect. They talk about knitting, and doing "nerdy things."

"We're not going to write about what we're not doing," Erb explains.

The group plans to release another EP next month before heading out on a nationwide college tour.

"We're doing exactly what we want to be doing," Davis says. "People say, 'We can't wait until it happens for you.' Well, it is happening, right now." ♦