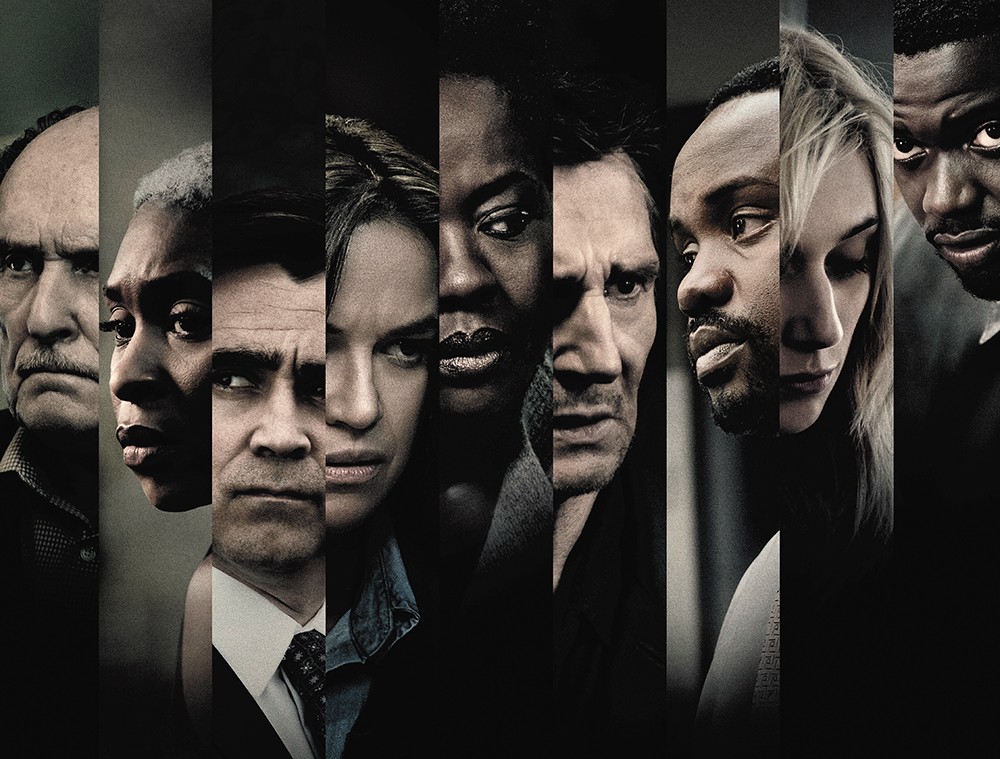 This all-female heist is no Ocean's 8.

Director Steve McQueen, whose austere and sometimes punishing dramas (Hunger, Shame, 12 Years a Slave) could not exactly be described as "crowd-pleasing," may seem like an odd choice to direct a twisty heist thriller based on a TV series. But it's McQueen's rigorous dedication to character development, social commentary and plot mechanics that sets Widows apart from the typical B-level crime drama that might air dozens of times on TNT a few years from now.

That's not to say that the British auteur turns the story into some kind of dour civics lesson: He retains and even enhances the story's tense structure and pulpy plot twists, while making sure that every narrative turn counts for more than just shocks and thrills.

It also helps that McQueen's co-writer is thriller expert Gillian Flynn, author of Gone Girl and Sharp Objects, who knows something about creating steely, determined female characters with questionable morals. The widows of the title end up that way because their criminal husbands are gunned down mercilessly by the Chicago police while trying to get away with millions of dollars in stolen money. The women have varying degrees of knowledge about their husbands' illegal activities, but that doesn't make a difference when the extremely dangerous men from whom the group stole the money show up and insist on restitution.

Veronica Rawlins (Viola Davis), widow of the crew's leader Harry Rawlins (Liam Neeson), gets a very nasty visit from the Manning brothers, Jamal (Atlanta's Brian Tyree Henry) and Jatemme (Get Out's Daniel Kaluuya), demanding their $2 million paid back within a month. Luckily, Harry left Veronica detailed plans for his next score, and she recruits fellow widows Linda Perelli (Michelle Rodriguez) and Alice Gunner (Elizabeth Debicki) to help her pull off the job.

The actual heist doesn't take place until the finale, but it's absolutely worth the wait, and seeing every detail of the planning stages makes it clear how much these desperate women have to learn in a short amount of time. McQueen and Flynn also make sure to give real weight to the danger the women are in, both from the sinister Mannings (Henry and especially Kaluuya are chilling as the smiling, sadistic criminal leaders) and from their own lack of knowledge and prep time. This is no Ocean's 8, with its breezy female bonding over elaborate schemes. This is life-or-death stuff.

McQueen gets top-notch work out of his entire cast, led by Davis as the glowering Veronica, who treats her fellow widows with stern discipline as cover for her own all-consuming grief. That makes her performance a little one-note at times, and Rodriguez and Debicki get more range to play, as the women discover untapped veins of resilience and ingenuity. As a pair of father-and-son local politicians intimately connected with the underworld, Robert Duvall and Colin Farrell play out a separate and entirely fascinating drama in the margins.

There are a lot of those margins, though, reminders that Widows is based on a 1980s British TV series created by Lynda La Plante. Even if the plotting could be tighter, the digressions are almost always interesting, and McQueen makes time to reflect the tough socioeconomic realities of present-day Chicago, while also relating them back to the central story. He also keeps the movie visually inventive, utilizing a number of long takes and some unexpected angles on otherwise mundane scenes (an entire conversation between Farrell's Jack Mulligan and a campaign aide is shot from outside their moving car, with their faces obscured).

What could have been a throwaway thriller ends up as a smart and involving drama — that's still completely thrilling. ♦

The original print version of this article was headlined "Serious Thrills"

Widows is not showing in any theaters in the area.