Finding Vivian Maier gives us a portrait of a brilliant, unknown street photographer 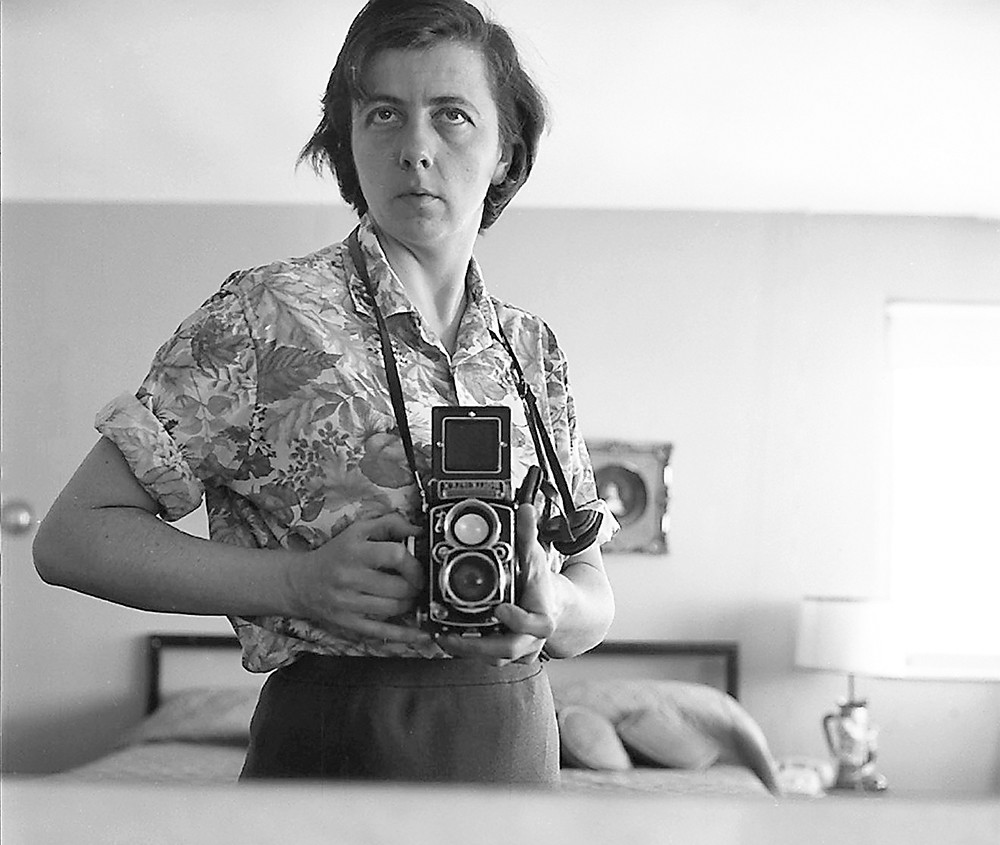 Vivian Maier as the subject of one of her own photos.

A few years ago, a trove of photographs briefly received headlines around the world: tens of thousands of brilliant street scenes, never before seen, had been found. The kicker? The photographer turned out to be a Chicago nanny who whisked the children in her care out for strange outings for decades like some real-life Mary Poppins with a Rolleiflex.

Finding Vivian Maier recounts that discovery by John Maloof (who co-directed with Charlie Siskel) and his ensuing quest to discover the artist's identity. The film could have asked thoughtful questions about photography, preservation and empathy: What right do we have to violate another's space? What do we owe the people captured in our frames? When does curiosity become voyeurism?

Instead, it delves into the mystery of Vivian Maier in a straightforward biographical approach, a quest that ultimately provides no answers that match the unflinching clarity of her photographs themselves. All evidence suggests Maier, who died in 2009, was very private; conjecture suggests she was in some way mentally ill. The word "bizarre" is used a lot, with "eccentric" not far behind.

The film opens with a collection of employers, charges and acquaintances — but not friends, since she didn't have any — apparently at a loss when attempting to describe a woman now outed as a talented photographer. But they find words, and much of the documentary is devoted to the anecdotal and sometimes conflicting memories of these minor characters in her life. It's an earnest collection of unreliable narrators, and they eventually stumble into something resembling truth. Ask people to find meaning in a thing, and they will find it.

It's an exhaustive effort, and some of the nicest moments occur when fragments of memories are matched with the resulting photos — no small feat. But for all of those meticulous efforts, the filmmakers' version of the story rings least true, perhaps because it's the most self-serving. Maloof seems to find it genuinely unbelievable that a person would bother to make images without the intention of sharing them.

The argument is that the work is too good to remain hidden, a deeply flawed argument but nevertheless a compelling one, because Maier's images truly are remarkable. Her insightful, compassionate photographs stand in contrast to her "dark side" exposed in the film, and at the end, the viewer is inclined to believe the photographs. ♦