Stopping short of saying 'no,' Belle Gardens wedding venue turns away gay couples. Is that illegal?

On paper, Belle Gardens seemed like an ideal place for Savannah Salerno and Jess Vega's wedding.

The couple, who got engaged in January, dreamed of an outdoor wedding near water. And Belle Gardens, in Deer Park, quickly rose to the top of their list. The first thing they saw on the Belle Gardens' website was a couple in a small boat on a pond, with a lush green garden and elegant white home in the background. Friends and family of the couple gave it rave reviews. So on Aug. 15, Salerno, 25, called Belle Gardens and spoke to the owner, Larry Terpstra.

The call started out like all the other calls she had with venues, Salerno recalls. They discussed the date of the wedding, the colors and the location. She was ready to schedule a time to check the place out. But then she mentioned her fiancée's name.

"And then he said, 'Let me stop you right there. Is this one of those same-sex marriages?'" Salerno recalls Terpstra saying. "And then that was when the rest of the whole shit show started."

Terpstra wasn't outright saying "no," as he knew that would be against the law. But he wasn't exactly saying "yes," either. As Salerno recalls it, he told her he didn't believe in same-sex marriage and he declined to schedule a showing there. But this part has stuck with her: He told her he wouldn't be able to give 100 percent because he "would be miserable planning a wedding for two women," she says. He recommended another venue, Salerno started crying and the conversation ended.

Terpstra's recollection of the conversation isn't far off, but he disputes some details. He says he didn't deny a showing, and that he wouldn't use the word "miserable." But he admits that he has told couples that even though the law doesn't allow him to say "no," as a Christian he doesn't believe in gay marriage and tells gay couples "it isn't a great fit because I probably would not have a good attitude the whole day." In 16 years operating Belle Gardens, Terpstra says he and his wife have never done a wedding for a gay couple.

"I wouldn't be happy about it, and it would make me uncomfortable," Terpstra tells the Inlander. "My opinion about this is that I would rather that they had 100 percent performance by another venue and by someone who isn't going to be in a bad mood all day long."

The situation fuels an ongoing debate over same-sex weddings, discrimination and religious freedom. Similar cases have burst into the national spotlight: A case involving a baker who refused to bake a cake for a gay couple made it all the way to the U.S. Supreme Court. Meanwhile, in a lawsuit filed by state Attorney General Bob Ferguson, the Washington State Supreme Court has ruled against the owner of Arlene's flower shop in Richland for refusing to create floral arrangements for a gay couple's wedding due to her Christian faith.

A few hours after talking to Terpstra, Salerno decided to share her experience on Facebook. She was flooded with support. And someone commented on her post and said the same thing happened to a friend years ago.

When Salerno dug through the Google reviews for Belle Gardens, she found that others had a similar experience with Belle Gardens.

One of those people is Jen Cogswell, 24. She left a one-star review a year ago saying Belle Gardens wouldn't let her and her fiancée get married there. She tells the Inlander that she spoke to a man who told her she was "disgusting" and that she was "going to hell" for marrying a woman. Terpstra strongly denies that he would have ever said either of those things, adding that he doesn't even believe that. But Cogswell insists the man she spoke to did say that, and it made her feel like "less of a person."

Since 2006, Washington state law has prohibited discrimination based on sexual orientation in any place of public accommodation. That would include a wedding venue, says Laura Lindstrand, a policy analyst for the state's Human Rights Commission. She says if a wedding venue says it won't let a couple get married there because they're gay, then that's clearly discrimination. It's not as black and white if Terpstra is technically saying "yes" but that he'd be uncomfortable with it. But if he's steering couple to different locations, if it's a pattern, and if he's telling them that they wouldn't get the same treatment, then Lindstrand says it likely is against the law.

"That could definitely be a violation of the law," she says. "It would need to be investigated what was said and done, where he sent them and how many times this has happened."

Lisa Nowlin, an attorney with the American Civil Liberties Union of Washington who represents the gay couple in the Arlene's Flowers lawsuit, has a similar assessment. If Terpstra is simply saying he'd be unhappy, that's not the same as a "no." But depending on what he's saying, it could be what she calls a "constructive no," meaning he's refusing service without saying it.

"There are no magic words," Nowlin says. "There are multiple ways of saying 'no' that don't actually say 'no.'" 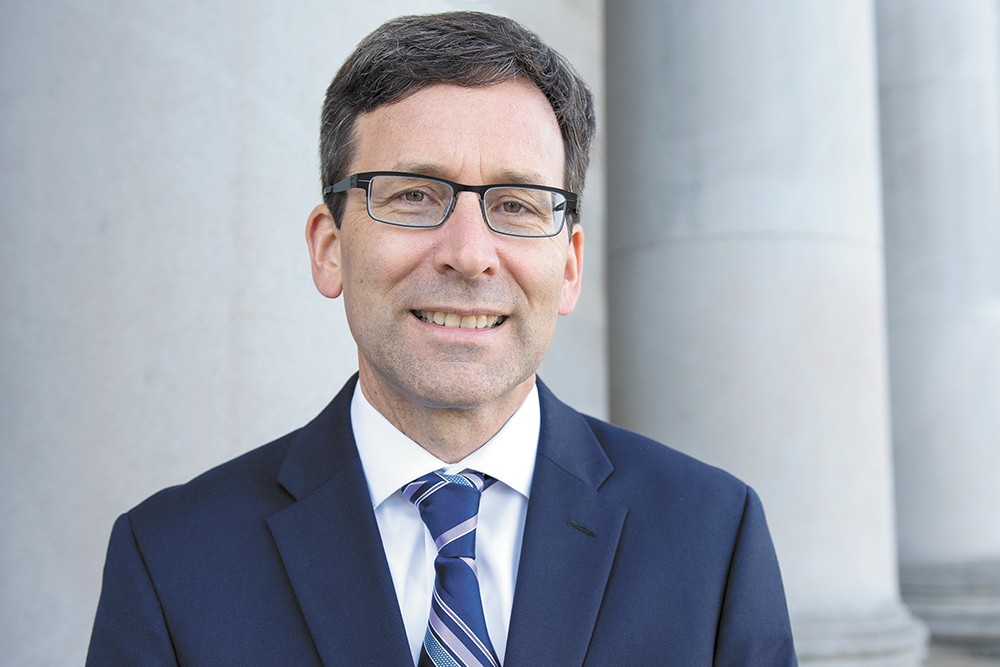 But other attorneys may argue that Terpstra has a right to refuse. Though the Washington Supreme Court has struck this argument down, Alliance Defending Freedom argues that the state can't force someone like Arlene's Flowers owner Barronelle Stutzman to give up her religious beliefs and serve gay couples. Despite the ruling from the state Supreme Court, they plan on filing an appeal with the U.S. Supreme Court, after the Supreme Court sided with the Colorado baker who refused to serve a gay couple. The court didn't address discrimination and religious freedom in that case, however — the ruling was based on the Colorado Civil Rights Commission acting antagonistic towards the baker's religious argument.

Still, conservatives would argue that Belle Gardens should have religious freedom, too. Chris Plante, the director of operations and policy for the right-leaning Family Policy Institute of Washington, says he hopes Belle Gardens stands firm.

"He ought to be faithful and he ought to stand for what he believes," Plante says. "I firmly believe that each one of us ought to be free to live our lives based on our deeply held religious beliefs and values."

From Terpstra's perspective, it's better for everybody if he's up front with his beliefs. He says he feels like it's a Catch-22. He can't deny them legally, but he knows he wouldn't be enthusiastic about the wedding if it's a same-sex couple.

"When we do weddings, we pour everything we have into it. Everything. And in a same-sex marriage, I don't know if I could do that," he says.

He volunteers the fact that he's turned down a Wiccan ceremony before, too. And he says that due to several poor experiences in the past that have left Terpstra and his wife with more to clean up, he's become wary of weddings between two Russians.

Terpstra says he's seen gay people at weddings he's hosted, and he welcomes them. But his entire belief system throughout his life has not included same-sex marriage. By laying it out there, and by recommending another venue, then the couple is able to have a better experience elsewhere. He says he has empathy for Salerno and Vega because he knows they probably experience discrimination "all day long."

"But if someone says something to me, like we don't want your business, I tell them, 'OK, fine, I'll find somebody that does want my business,'" he says. "But I think this is a more tender subject."

Salerno and Vega have found another wedding venue where they plan on getting married. But Vega, 32, says these kinds of experiences make her feel like acceptance of LGBTQ rights is going backwards. She could see how the phone call impacted Salerno.

"It's not fair that we are judged based on wanting to be together."

"She's my person. And when she gets upset, I'm upset," Vega says. "It's not fair that we are judged based on wanting to be together."

Salerno says she wrestled with talking about this publicly. She doesn't want to take away Terpstra's livelihood, but she thinks people need to know that discrimination happens in 2019. And she wants people like Terpstra to see that she's the same whether she has a male partner or a female partner.

"I would not want him to do a wedding for me, but it's almost like, I wish that he was forced to," she says. "Maybe he needs to watch a gay wedding and see the love between two people." ♦