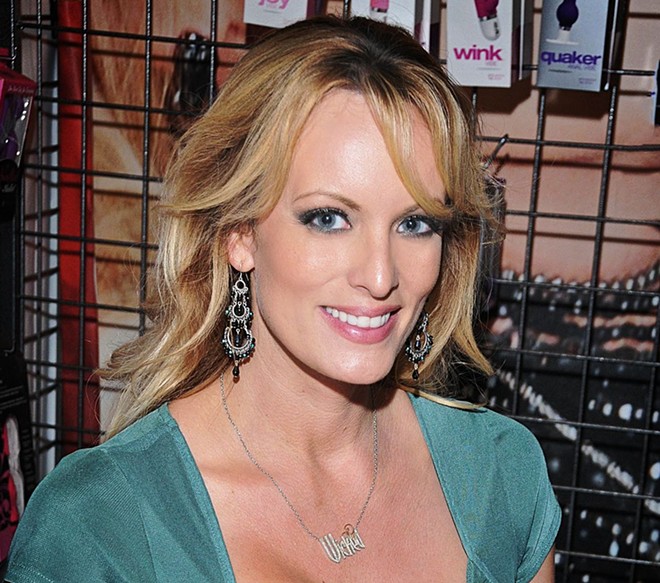 
The pornographic film actress who says she had an affair with President Donald Trump offered on Monday to return $130,000 she received from Trump’s personal attorney in 2016 for agreeing not to discuss the alleged relationship.


In exchange, the actress, Stephanie Clifford, seeks an end to her deal to keep quiet about what she says was an affair with Trump that started in 2006 and lasted for several months.

In the letter, which was sent to Trump’s personal attorney, Michael Cohen, early Monday, Clifford’s attorney, Michael Avenatti, wrote that Clifford would wire the money into an account of Trump’s choosing by Friday.

Avenatti set a deadline of noon Tuesday for Cohen to answer the offer from Clifford, known professionally as Stormy Daniels.

Under the terms of the deal detailed in the letter, a copy of which was obtained by The New York Times, the contract ensuring Clifford’s silence would be “deemed null and void'’ once she returned the sum called for in her original contract.

Under Avenatti’s offer, Clifford would then be allowed to “(a) speak openly and freely about her prior relationship with the President and the attempts to silence her and (b) use and publish any text messages, photos and/or videos relating to the President that she may have in her possession, all without fear of retribution and/or legal liability for damages.”

The letter also seeks an agreement that neither Trump nor the shell company that Cohen used to pay Clifford, which he represents as a party to their October 2016 deal, would move to block the broadcast of an interview that Clifford taped with “60 Minutes” last week. The letter was also addressed to a lawyer working on the case with Cohen, Lawrence S. Rosen.

Cohen and Rosen did not immediately respond to calls seeking comment.

“As we have always said, this is about a search for the truth and the ability of Ms. Clifford to tell the American people what really happened so they can make their own determination,'’ Avenatti said in a statement. “Our offer proves this out.”