If events had unfolded differently, it's possible that library patrons could have stopped by the South Hill Public Library on Saturday and never noticed drag queens reading to kids in the library's reading room.

But by the time Saturday's event rolled around there had been weeks of furious Facebook comments, dueling op-eds and alleged death threats. With that sort of build up, anyone visiting the library on Saturday had to drive past two wild crowds, divided by police tape and monitored by over a dozen police officers. On one side, protesters wielded signs calling for "perverts" to "repent" and likening drag to black face. But on the other side of the street, counter-protesters drowned out the sermons with musical instruments, while others in large winged "angel" costumes stood to block the view of the anti-drag signs. Ultimately, police say they only made one arrest — an anti-drag protester who refused to stand with the other protesters.

All the controversy, however, had the effect of making the event too popular for the library's small reading room. A number of children and their families were turned away. They'll get another chance this Saturday, at the downtown library's Drag Queen Story Hour on June 22. So will the protesters and counter-protesters. 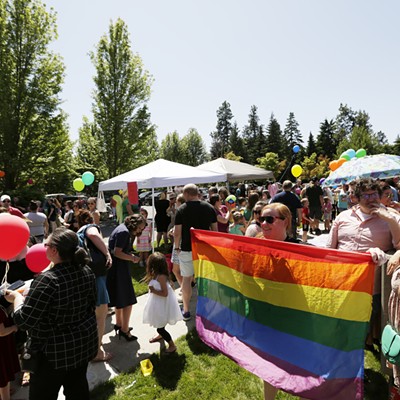 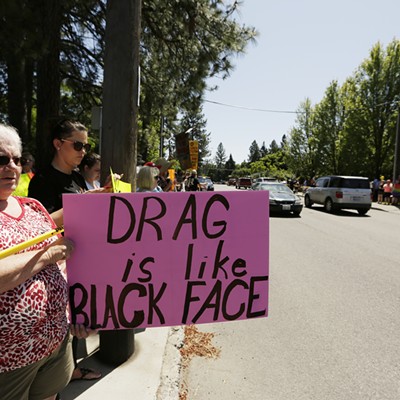