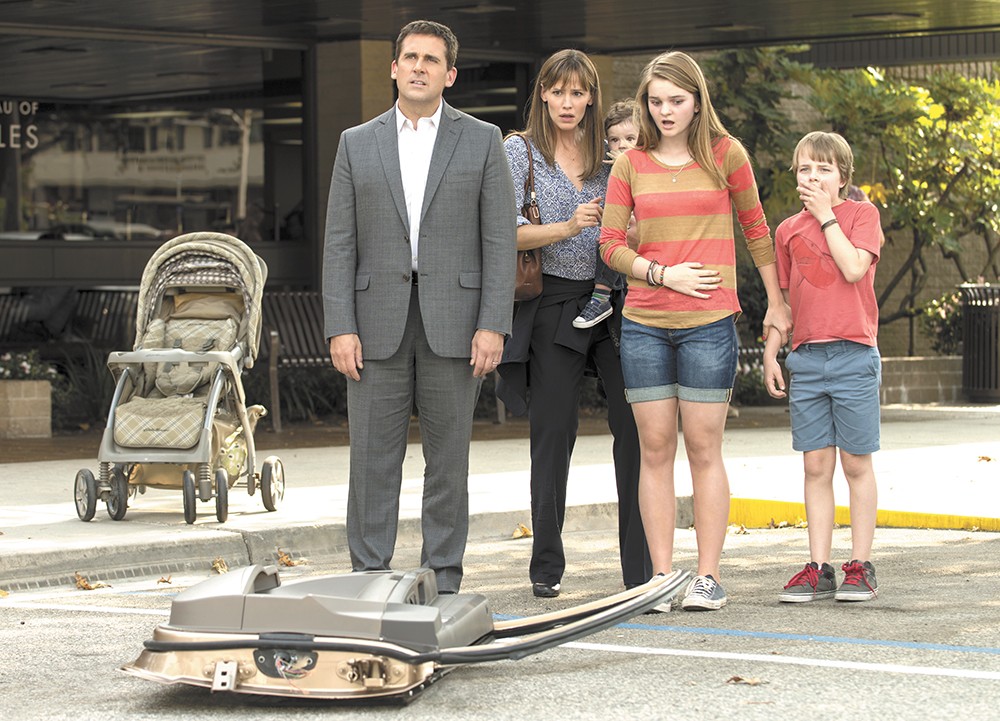 Alexander and the Terrible, Horrible, No Good, Very Bad Day.

This is what people mean

when they talk about Disneyfication.

Alexander and the Terrible, Horrible, No Good, Very Bad Day remains a beloved children's book that's unique due to its utter lack of fluff. Alexander has a negative adjective-inducing day where nothing goes right. It's tied up with the penultimate line, "My mom says some days are like that." The end. It's a lesson to kids that sometimes life is just disappointing. That's it. So, naturally, Disney took that important message and adapted it into a zany family comedy where everything works out in the end.

The story follows Alexander Cooper (Ed Oxenbould) who has the cruddiest day on the eve of his 12th birthday: He bumbles in front of his crush, his birthday looks to be upstaged by a cooler party, and so on and so forth. Meanwhile, everything is going great for the rest of the Cooper family: Dad (Steve Carell) might land a new job, Mom (Jennifer Garner) might get a promotion, big bro dates "the hottest girl in school," sis stars in the school production of Peter Pan, and baby brother gets all of his parents' attention. So as a birthday wish, Alexander hopes they could all have a bad day for once. And because it's a movie, that's just what happens. Let the family-friendly hijinks ensue.

As the Cooper clan begins their hellish day (sans Alexander, who's having the best day), the actors really sell every mishap and catastrophe. There are plenty of light laughs from misunderstandings and physical comedy, and the casting is great. Carell buoys the family (and film) with his always optimistic attitude, willingness to take the comedic bumps, and aw-shucks charm.

But Alexander, directed by the usually reliable Miguel Arteta (Cedar Rapids, Youth in Revolt), takes place in a sort of detached unreality where characters freak out about minor problems and shrug off severe ones, and it disrupts the movie's stakes. When Alexander's baby brother eats a marker, turning his face green, everyone seems to totally panic at the sight, but then joke that they don't think it's poison. (Parents freak if a baby is messy but shrug off serious health risks, right?) There's also the inescapable (and correct) feeling that none of the upsetting occurrences matter, and that everything will be tied up with a dose of Disney magic.

In a roundabout way, the movie itself ultimately stumbles into the book's theme by not remaining faithful to the source material's downtrodden tone. Because sometimes life is just disappointing. That's it. ♦

Alexander and the Terrible, Horrible, No Good, Very Bad Day is not showing in any theaters in the area.