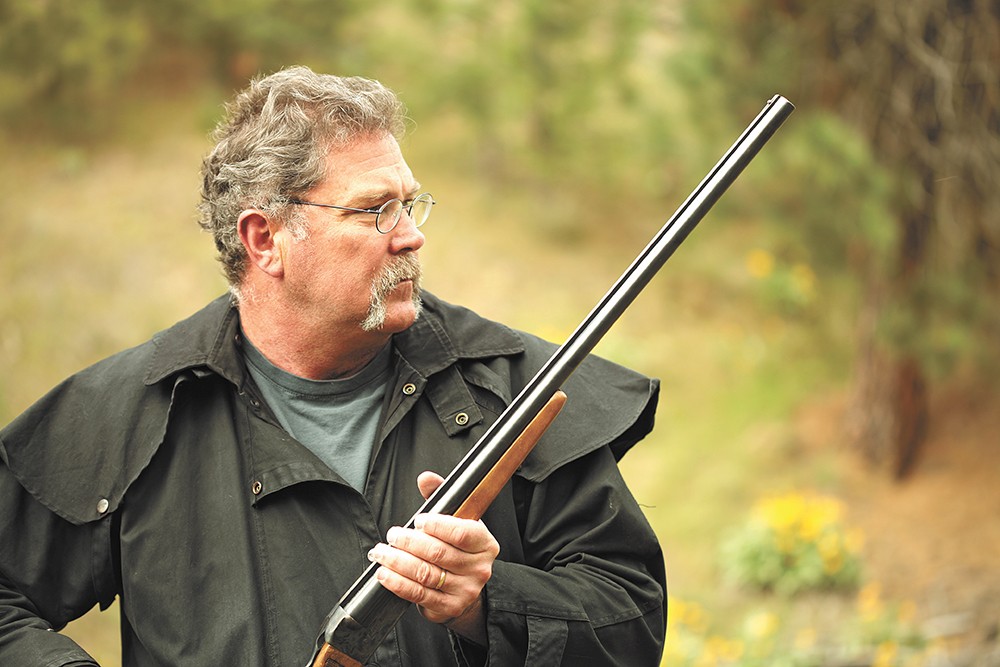 The Hour of Lead

, Bruce Holbert's second and most recent novel, takes its title from an Emily Dickinson poem that begins, "After great pain, a formal feeling comes." In keeping with the salient themes of her work, the poem deals with grief, loss, resignation and death in a way that's too matter-of-fact to be sentimental and self-pitying, too lyrical to be grim. For those familiar with Holbert's fiction, most notably his 2012 debut Lonesome Animals, there's little wonder why he might be drawn to her verse.

There was always something odd about Dickinson: the melancholic disposition that emerged while still a schoolchild, her preoccupation with death, her withdrawal from society in her thirties. But those quirks of personality might seem tame compared to the grotesques — reticent or sadistic men, impulsive or self-abnegating women — who populate The Hour of Lead.

"I'm really interested in just the strangeness of people," says Holbert. "Maybe part of it is because I teach high school, and you see kids pretty stripped. Kids, they have this idea of normal, but once you get past the surface, they're participating in the strangeness in a way that's interesting because it's new to them."

Holbert, a teacher at Mt. Spokane High School, has previously noted his own preoccupation with the Western myth, a tangle of ideas and beliefs that cater to the romanticization of the serene isolation, rugged individualism and aloof and emotionally constricted men or self-sufficient women who are supposedly unique to this sliver of America. The straightforward "bad guy chasing bad guy" of Lonesome Animals approached this myth head-on, whereas Lead addresses it more obliquely through the prism of strangeness.

"One of the things about the Western myth that doesn't get talked about is just how weird we all are. We walk around with these strange kinds of demons that we don't talk much about, which makes them even stranger," he says.

In Lead, the characters are defined by their demons. Matt Lawson spends a long time coming to terms with the deaths of his father and twin brother in a monumental snowstorm. Linda Jefferson, the schoolteacher, is a hostage of loneliness. Horace Jarms, prodigal son of kind, levelheaded Roland, harbors a seething resentment toward his absent mother.

You could even say that Lead engages with the Western myth by offering a mythology of its own. A scene between Wendy and Matt deliberately echoes the story of Cupid and Psyche. Lucky's fraught relationship with his own father has elements of Oedipus but owes more to Freud than Sophocles. Attributes like Matt's height and muscularity or certain parts of Lucky's anatomy are exaggerated to Olympian proportions.

For Holbert, the many lyrical passages that describe the landscape or manual labor are meant to enhance the mythological quality of Lead.

"Manual labor is, for this kind of person, their therapy. That's where they go to work out the zigs and the zags. Matt uses it as an escape. The person who's probably the most f---ed up in the book is [Horace] Jarms, and he's the one who doesn't do any work," says Holbert. "I think in some ways people feel almost a nostalgia for [manual labor], and I'd say that's part of the mythical idea too — the Herculean idea of taking on, wrestling with the god of death. Hercules was always doing work, you know? Killed his family, he went to work. He had labors."

The Hour of Lead proved to be a Herculean labor for its author. Originally titled The History of a Happy Family, It evolved from a short story Holbert wrote in the 1990s, and its size and scope ballooned and shrank over the years. Holbert abandoned it several times only to return to it at the urging of his wife, Holly.

"I was still struggling to shape it right up until the last edit," he says. "At the end of the book, I guess what I want to have happen is to be able to say, OK, that's a complete thought. I felt more like Lonesome Animals was a complete thought than I do The Hour of Lead. But I think that's because Hour of Lead is a bigger book than Lonesome Animals was. It's maybe more ambitious as far as the size of the thought." ♦