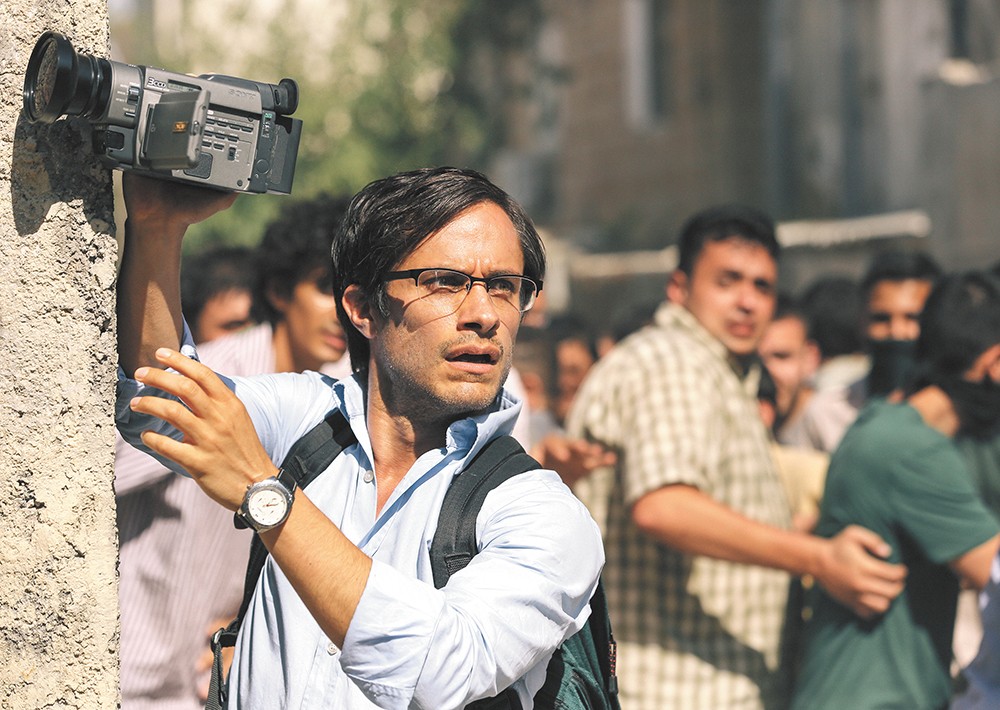 Students of recent Iranian history, or pretty much anyone

who's turned on a TV newscast in recent years, will be familiar with the absurdity of the country's presidential election in 2009. It pitted incumbent dictator (might as well have called himself that) Mahmoud Ahmadinejad against the more moderate Mir-Hossein Mousavi. To sum it up quickly, the fix was in, and Ahmadinejad was "re-elected."

In a classic case of bad timing, Iranian native Maziar Bahari, then a documentary filmmaker and Newsweek journalist living in London, went back to Iran to cover the election. He got some great interviews and some amazing footage of protests in the streets, and then he was arrested, accused of being a spy, tossed into solitary confinement and regularly beaten, with the idea of getting a confession out of him.

Bahari's 2011 memoir, Then They Came for Me: A Family's Story of Love, Captivity, and Survival, is a brutal and ultimately hopeful account of what was happening to him in prison and what was going on back at his home in London, where his pregnant wife was trying to get him out.

The book is the basis of Jon Stewart's first stab at writing and directing a film. Stewart did his homework, collaborating with Bahari on rough drafts of the script, paring the book down where it could be, and filling the film with strong cinematic ideas. He sometimes blends film of his actors with real news footage of actual events, and though he doesn't keep things exactly linear, he gets the story told.

The film opens with Bahari (Gael García Bernal, and no, I don't know why a Mexican actor is playing an Iranian) being dragged from his mother's house, where he was staying during his visit. Voice-overs provide a backstory concerning his politically active father and sister, both of whom had been arrested in the past; both later succumbed to illnesses.

There are also plenty of flashbacks that show Bahari covering the political unrest in the streets, often accompanied by a helpful and wisecracking guide named Davood (Dimitri Leonidas), that led up to his arrest. A brief Google search on the 2009 election, as well as on Iran's Supreme Leader, would help those who stay away from news cycles better understand what's going on. But unless you read Bahari's book, you won't know why he was singled out for arrest and interrogation.

In the film, he sure doesn't know why he's suddenly blindfolded, then put in a room with a "specialist" (others would call him a torturer) who wears a cologne that smells like rosewater. "Why am I here?" he asks, and there's fear in his voice. "Because you're a foreign spy on Iranian soil," he's told.

The film consists of Bahari's travails in his cell, where relaxed questioning sessions by Rosewater (Kim Bodnia) usually erupt into savage beatings and demands that he confess, even though he has nothing to confess. To the credit of Stewart and Bahari, the scenes of brutality that fill the book are toned down in the film. We get enough of it to understand what he was going through, but not to the point of having to turn our eyes away. A nice touch here is the inclusion of some dreamy sequences in which Bahari sees, speaks with, and gets advice from his late father and sister, both of whom come to "visit" him in his cell.

The film wraps up a little too quickly, and that abruptness takes away from what could have been lingering thoughts among those watching. That's OK, it's Stewart's first film. It'll be interesting to see if he carries it to the next level. ♦

Rosewater is not showing in any theaters in the area.