Plus: More films about the black experience you can stream right now

Whose Streets?
In the wake of nationwide protests and support for civil rights movements like Black Lives Matter, people are turning to art that reflects and illuminates the black experience in America. You can now digitally purchase a trio of timely, powerful documentaries about civil rights and racism via the Magic Lantern Theater, with proceeds benefitting the Carl Maxey Center, a local nonprofit providing economic and education opportunities to Spokane's African American community.

The titles you can buy now: I Am Not Your Negro, which examines racism in America through the writings and experiences of James Baldwin, one of the most prominent voices of the 1960s Civil Rights movement; Whose Streets?, a look at the demonstrations that took over Ferguson, Missouri, after a police officer shot and killed Michael Brown in 2014; and Toni Morrison: The Pieces I Am, a portrait of the Nobel-winning author of Beloved and Song of Solomon, who died last year.


The individual films are available for $7, and in a bundle for $15.

Through June, you can also stream last year's docudrama Just Mercy, starring Michael B. Jordan as civil rights attorney Bryan Stevenson and Jamie Foxx as his wrongfully convicted clint Walter McMillian, for free on various platforms. And Ava DuVernay's great 2014 film Selma,  which focuses on Martin Luther King's life during the voting rights marches he helped organize, has also been made available for free through Paramount Pictures.

Here are some other powerful films from and about black voices that you can stream right now. 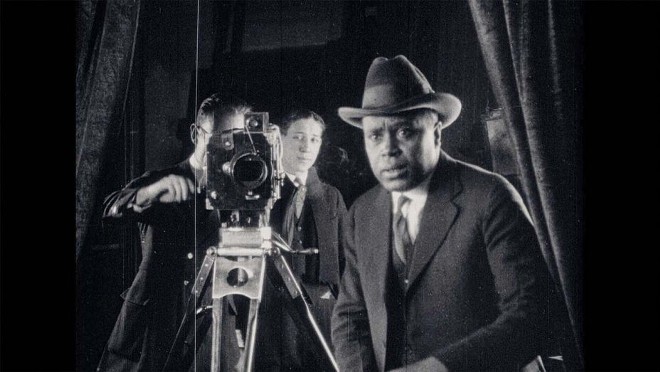 Oscar Micheaux, considered the first black feature film director, is showcased on the Criterion Channel.
On the Criterion Channel The streaming service that specializes in arthouse and international films has pushed several historically significant and thought-provoking black films to the front of its site. Among them is a curated collection called Pioneers of African American Cinema, which includes features and shorts from groundbreaking black filmmakers like Oscar Micheaux and Spencer Williams, as well as supplemental documentaries providing historical context. (Many of these films are in the public domain and are therefore available to stream without a Criterion subscription.) Other more contemporary films on the channel include several from independent icon Charles Burnett, Cheryl Dunye's queer romance The Watermelon Woman and Rungano Nyoni's fantastical feminist allegory I Am Not a Witch.

Malcolm X
On Netflix
Two of DuVernay's most powerful social justice films are available on the streaming giant: 13th, a documentary that compellingly argues that various American institutions are still effectively engaging in slavery, long after it was constitutionally abolished; and the Emmy-winning miniseries When They See Us, a harrowing and infuriating dramatization of the Central Park Five case. Spike Lee is releasing his newest film Da 5 Bloods on Netflix next week, but right now you can see two of his best and most relevant films — 1992's Malcolm X, a sprawling and electric biopic of the civil rights leader featuring Denzel Washington's finest performance, and the vibrant Get on the Bus (1996), following a trio of friends on their way to the Million Man March in D.C. Dee Rees' Mudbound is one of Netflix's most acclaimed original films, a novelistic period piece about how WWII impacts two Mississippi families — one white, one African American — in wildly different ways.

Sorry to Bother You
On Hulu
Boots Riley's wild, hallucinatory satire Sorry to Bother You is the perfect comedy to watch right now, a film that takes a sledgehammer to racism, gentrification, corporate monopolies, workplace abuses and the vilification of unions. It's equal parts surreal, sobering and full of rage. Barry Jenkins' If Beale Street Could Talk, a beautifully realized adaptation of James Baldwin's novel about a couple separated by the racially oppressive legal system. Julius Onah's confrontational drama Luce looks at race and privilege in uncomfortable ways, with Kelvin Harrison Jr. playing an all-star student who is either a secret sociopath or the target of racial profiling. And for some excellent music documentaries: Amazing Grace, a long-lost 1972 Aretha Franklin performance that's among the greatest concert films ever, and Grace Jones: Bloodlight and Bami, a look at the eccentric, stereotype-shattering pop star. You can see a whole lot more in Hulu's Black Stories section.