What started as a Christmas light display event in a sleepy subdivision of Hayden, Idaho, soon blew up into an HOA fight that sparked threats, legal fights, Fox News segments, allegations of sabotage and a gun-toting appearance by armed Idaho Three Percenters militants.

It's Christmas for the ever-raging North Idaho culture war.

We wrote about it at length in a wild 2018 cover story, that you have to read (and preferably, share on social media) to believe.


The fight isn't over yet. An Idaho judge threw out the original win for the guy who put on the Christmas light display, but he appealed it. By now, it's made it all the way up to the 9th Circuit Court of Appeals, where we're still waiting for a ruling.

But in the meantime, the movie — or documentary, rather — is about ready to drop.


'Twas the Fight Before Christmas, a documentary from director Becky Read (Three Identical Strangers) premieres on Apple TV on Nov. 26.

Expect it to be a fascinating documentary, not just for the ever-escalating conflict but for the characters, in particular the Christmas-loving antagonistic protagonist, Jeremy Morris.


"This is a miracle," says Morris says in the trailer. "You don't get permits for miracles."

In his interviews with the Inlander in 2018, Jeremy Morris sometimes channeled the wide-eyed eagerness of a kid on Christmas morning — think Ted Lasso with red-and-green braces instead of a mustache — and other times became angrier and litigious, saying things like "you paint me in a false light, and you will face a lawsuit."

Sadly, we're not in the documentary, though Read's team reached out to request an interview.

But we were constrained from doing any talking-head interviews because we sold the option to make a movie explicitly based on our article to Annapurna Pictures (Zero Dark Thirty, The Master).

We haven't heard anything from Annapurna recently. But we're still hoping the article will be turned into a thrilling drama starring Michael Rapaport as Morris and Lisa Kudrow as one of his neighbors.

In the meantime, read the article! It features not only "Mr. Christmas," but a dog named Ronald Reagan, a camel named Dolly, a neighbor named Dolly who is not a Camel, a man named Larry Bird who did not play for the Boston Celtics, and of course, Santa Claus.

Maybe, just maybe, everybody learns the True Meaning of Christmas.

Or maybe nobody really learns anything. 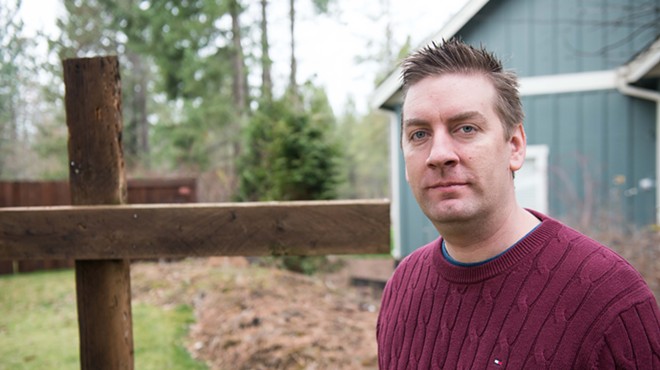