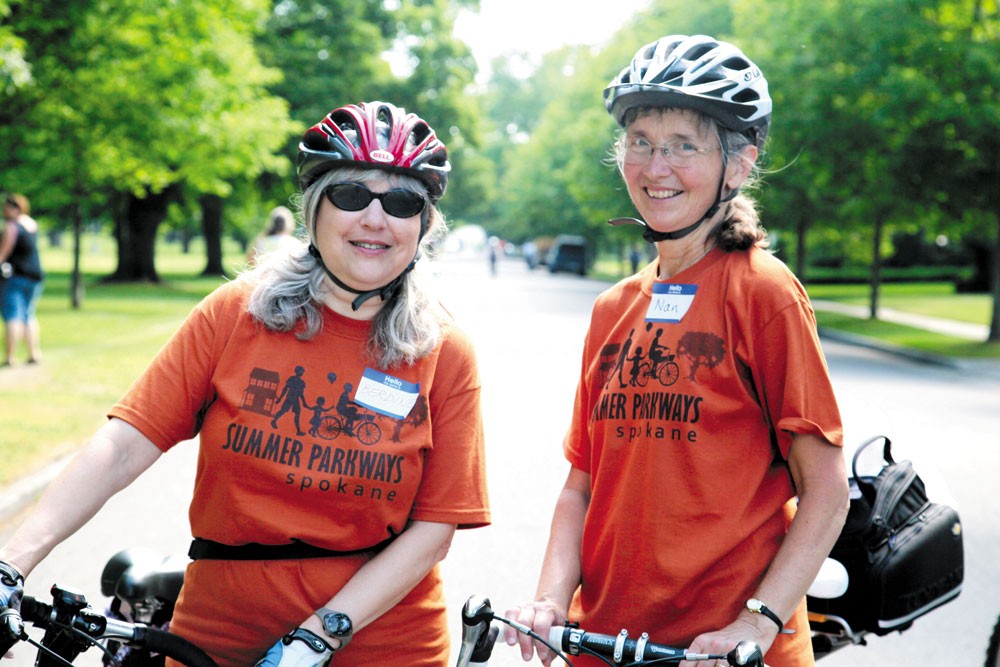 Bill Bender was inspired to launch a local, family-friendly street festival after learning about a tradition in Bogotá, Colombia, called Ciclovía. The Spanish term translates to cycleway, or bike path. For the Colombian event, more than 70 miles of city streets are closed every Sunday to motorized traffic to encourage cycling and social interaction.

“There’s a video on YouTube, and I was inspired and thought, ‘a city has to do this,’” Bender recalls. “It’s a win-win.”

Spokane still has a long way to go in terms of reaching that scale, but Bender’s idea grew into Summer Parkways, which is now celebrating its fifth year and has expanded quite a bit in that short time. In addition to the annual mid-June street festival in the South Hill’s Comstock and Manito neighborhoods, Bender and other volunteer organizers have also created a kids event called Kidical Mass (Thu, Sept. 11, at 5:30 pm in South Perry). New this year is the Corbin Park Street Party (Fri, July 18, from 6-9 pm), based on Summer Parkways’ first event there in 2010, and in partnership with the Emerson-Garfield Neighborhood Council.

Bender, a local neurologist and an avid cyclist, says in the five years since Summer Parkways’ debut, the idea of traffic-closed street parties has grown across the U.S. from 30 to now more than 150 cities.

Even though it rained during last year’s Summer Parkways, about 3,000 people from all over the city — not just residents of its host neighborhood — showed up on bikes, skates, tandem bikes, scooters and other human-powered vehicles to ride the four-mile route, partake in games, contests, activities and socialize.

“My dream is that these become regular events in every city, or that we have a weekly event here,” Bender says. “A regular thing people could look forward to.”