Pilates is both simple and complex — an art and a science 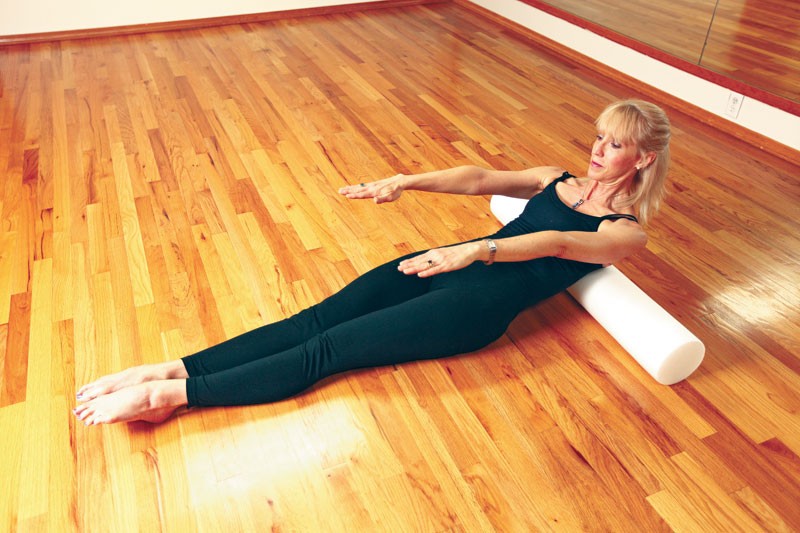 Elizabeth Jones-Boswell’s Pilates studio is an expansive, wood-paneled room with mirrors on the walls and foam rollers on the floor. Pretty nice for an exercise regimen that started in prison.

Jones-Boswell can recite the life story of Joseph Pilates off the top of her head. He was a German living in England when the government interned him during World War I. To keep in shape, he developed the eponymous exercise regimen based on “mind, body and spirit.”

And because of his fitness, Jones-Boswell and other Pilates enthusiasts believe he and his fellow inmates survived the flu pandemic that was ravaging the globe at that time.

“When I first started, I thought it was just a bunch of exercises,” says Jones-Boswell, a movement therapist and master Pilates teacher who has been teaching the exercises for 30 years.

But Pilates is more complicated than that, she says. “It’s art and it’s science.”

Joseph Pilates didn’t have much to work with while in prison, so Pilates is designed to improve core strength without relying on weights or much else besides your own body for leverage.

Ron Fletcher, who opened a legendary Pilates studio in Hollywood and is credited with boosting the exercise’s popularity, used it as a remedy for his alcoholism.

Weak form can undermine a decent Pilates workout, Jones-Boswell says, and she vehemently warns her students about letting their back or belly slouch as they exercise. And she also recommends against doing Pilates if you have chronic pain in your back or abdomen.

Success can only be had, she says, “when it’s done correctly.”

Elizabeth Jones-Boswell points to these three beginner exercises that, if you do five to eight sets of them, can put you on the right path towards eventually being a Pialtes pro.

CURL DOWN: Start by sitting up straight on the ground with your feet on their sides, slightly apart and facing each other, or just flat. Lean back as far as is comfortable and, as you do, exhale. The goal is to work your abdomen, so make sure that’s engaged as you lean backwards.

Jones-Boswell recommends leaning back and then back up, then back down again. On the second time, as you lean back, put your hands behind your head and turn side-to-side to work your obliques. But make sure to keep you back straight — no sagging.

“If you budge, it just wreaks havoc on your lower back,” Jones-Boswell says. “You’re just not going to be effective because that’s how back injuries start.”

ABDOMINAL CURL: This exercise makes use of a foam roller, which is basically a cylindrical piece of foam that allows you greater leverage to work the abdominals, Jones-Boswell says.

Start with the roller under your body and your hands behind your head. Your elbows should be in your peripheral vision, Jones-Boswell says. Then raise yourself up using your abdominal muscles.

“I’m only going up as far as I can without bulging, without tucking my hips up,” Jones-Boswell says. And as you come up, turn your body to the left and right to work your obliques.

This exercise works your pelvic floor as well as well as your transverse abdominus.

THE COBRA: This fiercely named exercise starts by lying flat on the ground with your belly raised slightly off the ground and your hands out in front of you. Don’t engage your butt as you’re doing this, Jones-Boswell says. Then pick your chest off the floor — and hold it.

“That’s working your back muscles without engaging your buttocks,“ Jones-Boswell says. “There should be an even arc in the spine. You shouldn’t feel compressions or burning.”