Strippers mastermind the perfect crime in the hugely entertaining Hustlers, a decadent heist thriller minus the male gaze 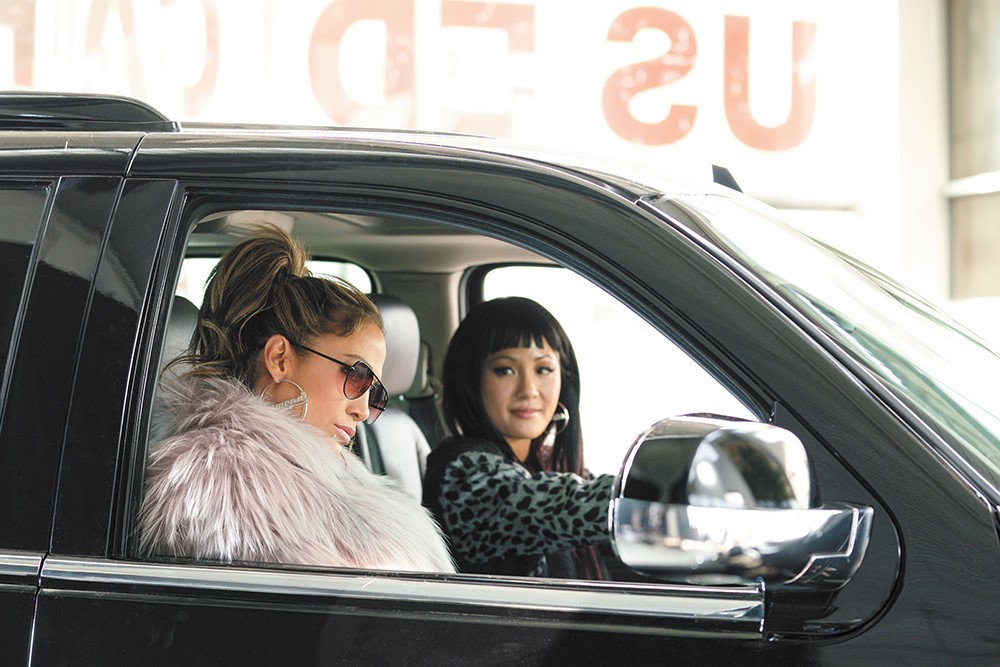 It's Goodfellas, except they're gals. No, really.

This based-on-fact drama about New York City strippers who conned their clients out of lots of money is wonderfully redolent of Martin Scorsese's mafia masterpiece in both style and substance: the seductiveness of easy money, the giddiness of getting away with a perfect crime, the arrogance and the greed that eventually lead to it all falling apart. It's a cinematic bonbon of delinquent deliciousness.

But wait! Hustlers is also a sort of thematic sequel to The Big Short, 2015's real-life satire on the 2008 Wall Street crash. The men targeted by our avenging protagonists are Wall Streeters, the assholes who crashed the economy in 2008, a few years before the bulk of events depicted here, and who suffered not one tiny consequence for that: They didn't go to prison, and they kept all their ill-gotten riches.

"The game" that is the American economy "is rigged," rages veteran stripper Ramona (Jennifer Lopez, in the performance of her career) as she woos her one-time protégé Destiny (Constance Wu, absolutely riveting) into the scam, "and it does not reward people who play by the rules." So why should they play by the rules? Especially now that they are newly desperate precisely because of the financial havoc these men themselves wrought?

Screenwriter and director Lorene Scafaria has, perhaps, a slightly easier task than Scorsese did if we are to revel — and we do — in Ramona and Destiny's wrongdoing: It's difficult to feel sorry for the men here. But the elegant ease with which Scafaria effortlessly wraps us up in charmed complicity with the women is undeniable. The filmmaker is previously best known for her 2012 rom-com Seeking a Friend for the End of the World, in which she found unexpected merriment and poignant humanity at a literal apocalypse. With Hustlers, she pulls off that sort of trick again, weaving sympathy, sensitivity, big-hearted camaraderie and humor into a story that, in the hands of someone else, could have quickly (and probably intentionally) descended into cheap, crass exploitation.

Hustlers is never salacious, never sensational. It never reduces these women to nothing more than their bodies, and it knows that what they do is work. When Scafaria asks us to consider their bodies at all, it is for their strength: The scene in which Ramona gives Destiny some pointers on pole dancing is remarkable for its athleticism, not its eroticism. I dread to think what this movie would have looked and felt like in the hands of many a male director.

Beyond the exquisitely welcome lack of a male gaze here is another joy, and another one rare onscreen: Hustlers evinces an unusually wise female understanding of women's relationships with one another as far more likely to be supportive, affectionate, even sisterly than the catty mean-girl stereotype.

This is a movie unlike many we've seen before about women who do the shitty job of making men feel better about themselves. They are smart, making the most of the limited opportunities our world affords them. And if they do not particularly enjoy grinding on a dude's crotch, they certainly do like the money a dude is willing to throw at them to do it. The cynicism with which they approach their jobs — even in the time before they move on to more devious forms of taking a man's money — is absolutely matched by that of the men they serve, who are mostly anonymous, and mostly pathetic. The best that can be said about some of them might be Ramona's offhand "some of them aren't so bad." It's difficult to imagine a male filmmaker being so utterly unconcerned with whether we empathize with the men at all.

It all adds up to Hustlers as maybe the best-ever corrective to the embarrassing cliché about the supposed hearts of gold cinematic fantasies have tried to convince us women like Ramona and Destiny have. They have hearts of steel. And, yeah, they just might be the heroes we need right now. ♦

The original print version of this article was headlined "Working Girls"