Why is Spokane's unexplained infant death rate twice that of the rest of the state? 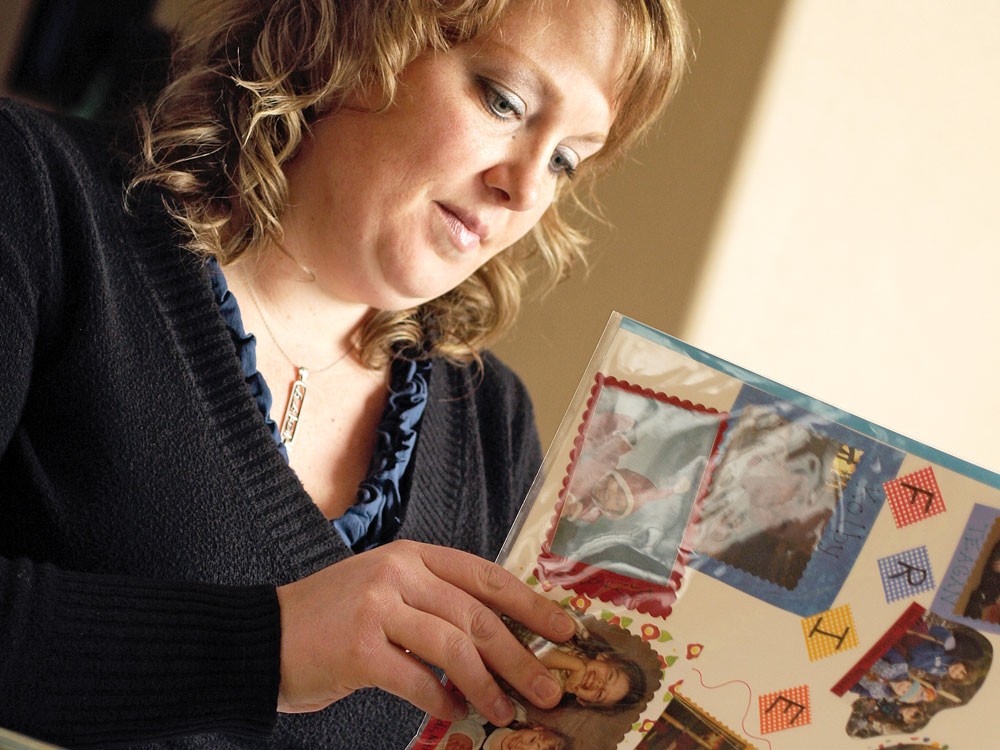 Young Kwak
Liz Montgomery lost her son to SIDS eight years ago. She's still not sure what happened.

When Liz Montgomery’s son Mason was born healthy on Nov. 4, 2002, in the tiny, rural North Idaho town of Avery, she felt thrilled and lucky. She never expected, five and a half months later to see her baby boy on the ground, surrounded by firemen and EMTs, his pajamas cut open so they could perform CPR.

She can still see it: He’s white and cold — the babysitter’s screaming — Mason’s not breathing, there’s no pulse. A medical helicopter’s landing nearby.

Somehow, by some miracle, the doctors were able to get Mason’s heart started. But his brain, the doctors said, had no activity. There was no coming back.

Thirty people — friends, family, doctors — gathered in a small room at Sacred Heart Medical Center, as the same priest that baptized Mason a month earlier said a prayer. Life support was switched off, and she held her son, felt his body relax and watched the color drain out of his face.

This Thursday marks the eighth anniversary of Mason’s death. Yet still, Montgomery doesn’t know why or how Mason died. Spokane’s Medical Examiner John Howard, unable to figure out the cause of death, attributed it to SIDS — Sudden Infant Death Syndrome.

“I wanted to know,” Montgomery says, fidgeting with her necklace. “You want a reason why your healthy child died.”

Sudden Infant Death Syndrome, or SIDS, is the abrupt death of a child under age 1 with no explainable cause of death. However, many risk factors have been identified, including a baby’s sleeping position. In 1992, when parents were told to place sleeping babies on their backs or sides, SIDS rates dropped dramatically. The following have also been linked to SIDS:

From 2005 to 2009, 166 infants died in Spokane County. Thirtyfour of those deaths remain unexplained, according to the Spokane Regional Health District. SIDS is a rare diagnosis— only about one out every 1,000 infant deaths is attributed to SIDS.

An explanation for SIDS remains elusive. It’s only diagnosed when an autopsy cannot account for the cause of death. But risk factors have been identified. They include babies sleeping on their stomachs or with their parents, babies born to women who smoked throughout the pregnancy and babies born into poverty.

Still, as rare as it is, Spokane County has close to double the rate of SIDS deaths as the state average. While local health officials can only speculate about the reason for the higher rate, they’re beginning to understand how to combat it.

When an infant dies in Spokane County, Medical Examiner John Howard tries to explain why.

The medical examiner’s office investigates unexplained or unlawful infant deaths. For as long as two months, Howard sifts through medical histories, police reports and scene-of-death details. He examines the outside of the body, and the organs inside, scrutinizing photographs, organs and tissues. Radiographs and DNA samples are taken, and samples are sent to laboratories to retrieve metabolic data and test for toxins.

Sometimes the answer is clear. In Washington, about 22 percent of infant deaths are from birth defects. Labor complications account for 13 percent.

But in Spokane, one out of five infant deaths in the last five years has been attributed to SIDS.

SIDS isn’t an answer, really. It’s the lack of one — a diagnosis of exclusion.

“There clearly is a frustration among all people, including forensic pathologists, in not having an explanation,” Howard says. It used to be called crib death or cot death. But in 1969, he says, a workshop coined the phrase SIDS.

In the 1970s, SIDS became a massive public health issue, with dozens of national programs researching causes and providing support for those who lost a child. As a result, ways to reduce the risks have been discovered.

Caroline Law, a 61-year-old woman with short auburn hair, is the only one in the conference room on the third floor of the Spokane Regional Health building. The door is closed. She picks up phone and dials.

“I’m Caroline Law,” she tells the person on the other end. “I’m from the Spokane Regional Health District.”

For the people on both ends, it’s emotional. She’s calling to talk to a parent who’s found her infant dead just a few months before.

She calls to help them through the grieving process. And she can educate them on how, in the future, to decrease the risk of SIDS. Back in the days of Dr. Spock, conventional wisdom suggested infants should sleep facing down, to prevent them from choking on spit-up. But research now shows the exact opposite is true.

In 1994, the “Back to Sleep” campaign drilled this information nationwide. In seven years, the SIDS rate dropped 50 percent.

Smoke while you’re pregnant, the Spokane Regional Health Department says, and the child is more likely to be born prematurely, drop out of school, become a criminal, and, yes, die from SIDS.

Expose your baby to secondhand smoke, and their SIDS chances double, research shows. Smoke while you’re still pregnant and they triple. Of those infants who died in that four-year period in Spokane, 63 percent of their mothers smoked while pregnant.

“Think about the fact that nicotine is a stimulant,” says Christopher Zilar, the tobacco program manager with the Spokane Health Regional District. “We’re talking about infant brain development with a chemical that impacts brain chemistry.”

At the health district, Zilar and others don’t know why Spokane is so much worse for pregnant smoking, but they are seeking ways to fix it.

So far it’s been rough. Forty women signed up for smoking cessation classes, but only three showed up. Most already know that smoking can damage their baby.

The death of a child can create of storm of guilt, depression and anger that can tear through a family and a marriage. It didn’t cause Montgomery’s divorce, she says, but it certainly contributed.

“You have to have a pretty strong marriage to get through the death of a child,” Montgomery says.

That first year was brutal. But there are ways to survive. Getting therapy. Talking with friends. Meeting other moms who’d suffered through the same tragedy. And, finally, spreading the message about smoking and safe-sleep techniques.

Montgomery also volunteered with the Northwest Infant Survival and SIDS alliance, to go to high schools, colleges and parents groups to tell her story.

“You can’t prevent SIDS from happening. If it happens, it happens,” Montgomery says. “What I tell them is, if you follow all the rules, and your baby still dies, at least you did everything you could.”