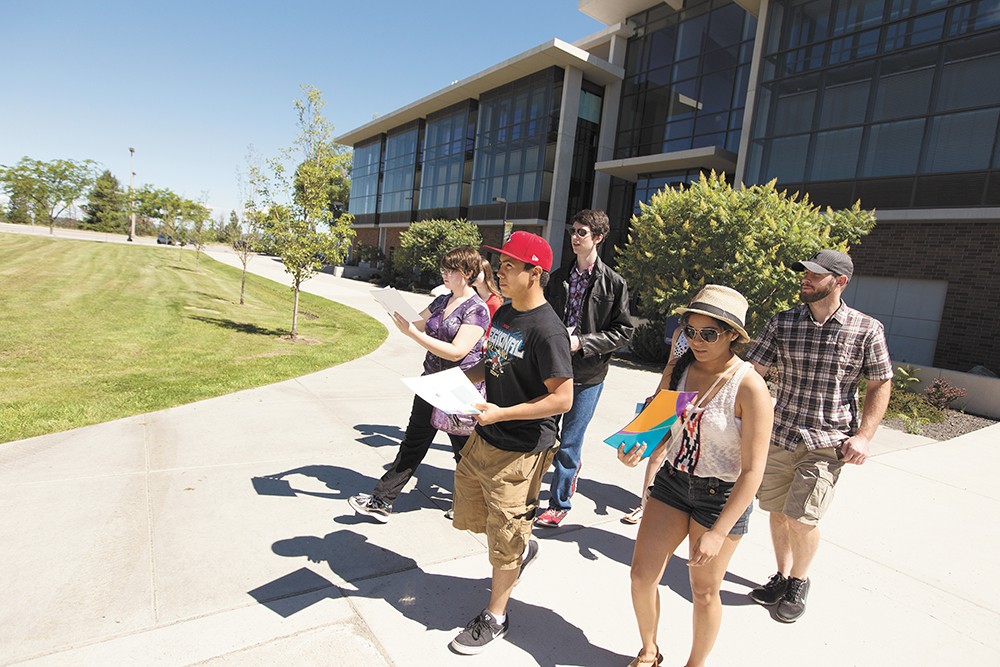 Summer's the most dangerous time of all for education. For students — especially students who aren't barraged with science camps, summertime reading challenges and intellectual family discussions — it's the time when huge chunks of the previous year's knowledge are lost. "Summer brain drain," it's called.

Even once a student graduates and is accepted into college, a big summer risk remains. Some students who've signed up for college, who've told their counselors and teachers they plan to go to college, never show up. "Summer melt," it's called.

A few years ago, Spokane Public Schools tackled its dismal graduation rates. Its new mission goes even further: partnering with institutions of higher education to ensure every Spokane student graduates from a technical, two-year or four-year college. After all, Washington, like Idaho, is in the bottom five states regarding its rate of high school graduates going on to college.

"Ten to 20 percent of students melt away over the summer. They're ready to go — something happens," says Melissa Pettey, Spokane Public Schools' college and career readiness coordinator. "They get a paper they don't understand. Or they get a job, and they just think, 'Oh, I'll just wait until winter quarter.'"

District officials aren't willing to wait. Monday morning, Spokane Public Schools held a "summer melt event" for the first time, busing students to Spokane Falls Community College, feeding them pizza and guiding them through the most intimidating pieces of the college transition.

Noah Warren, a 2014 Rogers High School graduate, blinks with bleary eyes. An illness last night kept him up coughing and hacking until midnight. Due to a family issue, he says, he and his mom moved to Coeur d'Alene a few months ago — leaving him a long way from Rogers.

But he was committed to come to the summer melt event Monday. He woke up at 4:30 am, hopped on his bike — he says it's a gray 1970s 10-speed his running coach gave him — and started biking toward Spokane Falls Community College. He rode for more than three hours. "I am extremely tired right now," Warren says.

He says he knows people who'd signed up for college but because of family, friends or work, never ended up attending. "It actually changes your view of the person you're speaking to," Warren says. He doesn't want to join them.

He sits with about 50 recent Spokane high school graduates — all of who've enrolled at SFCC — peppered throughout a small auditorium. Some students here want to be fashion designers, cops, doctors or veterinarians. Others have no idea what they want to do. But Barb Hahto, a counselor at SFCC, stands in front of them and says that's OK too. 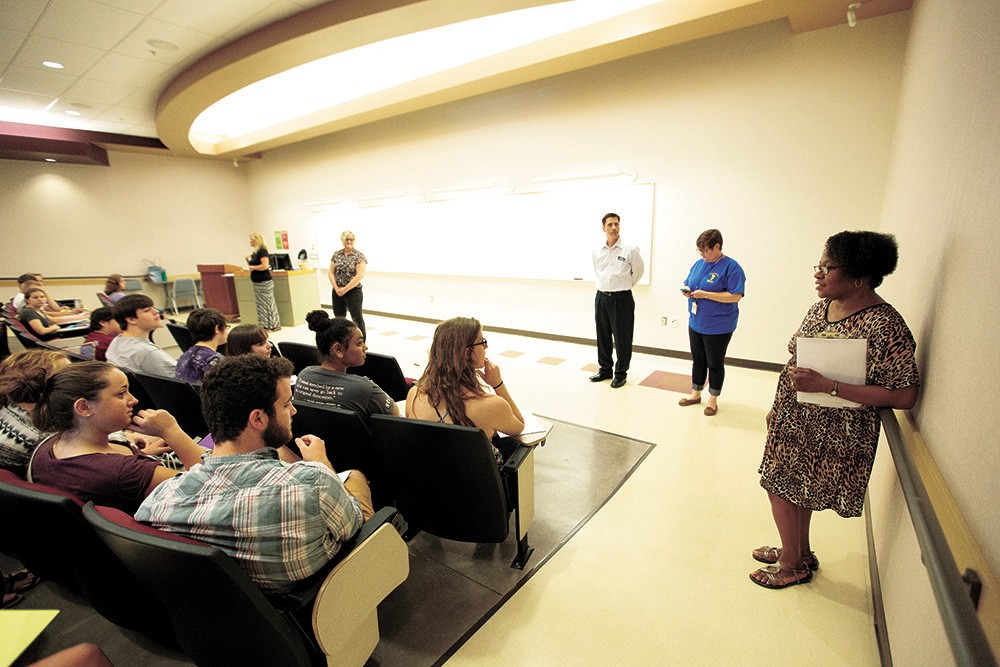 "How many of you are already registered and have a class schedule?" she asks. Only about four raise their hands — the rest let out murmurs of laughter.

"We thought we had a lot more registered," Hahto says. Many of them plan to register for classes during a separate orientation in July. But a lot have questions or concerns they want answered first — they're worried about financial aid, the registration process or finding their way around.

"It's scary to think how big the campus is," North Central graduate Katy Dominguez says. "It's kind of a culture shock. I got lost just coming here, trying to find Building 24." She's planning on spending two years at SFCC, and then transferring to the University of Hawaii at Hilo, in her hometown.

Students split into groups and head out on a scavenger hunt designed to introduce students to classes and services around campus. After a pizza lunch, students participate in two out of four sessions: a campus tour, an overview of college success tips, help navigating registration, and information about financial aid. The whole event is meant to solve the summer melt problem by acclimating students to college and answering some of their thorniest questions. Ease stress and eliminate hurdles, the thinking goes, and students will show up in the fall.

At this point, Spokane Public Schools doesn't know how many of its ostensibly college-bound students won't end up actually attending college, but according to the U.S. Department of Education, the lower the income of a student, the bigger the danger of summer melt.

In response, Kyle Bush, a Ferris High School counselor, has been calling students all summer, sending them text messages to make sure they're ready for college. Every Tuesday, he's at office hours at Spokane Community College and SFCC. Any student with questions or concerns can meet with him.

"I think it's trying to navigate that big system," Bush says. "They get lost in the shuffle."

Later this year, the district will hold another summer melt event at SFCC, one at Spokane Community College and one at Eastern Washington University.

During the scavenger hunt, Pettey overhears Warren talking about how, while he has a job in Coeur d'Alene for the summer, he doesn't have anything lined up for fall. "You have work study on your financial aid paper," says Pettey. "I'll help with that today."

Still, even the concept of higher education takes some getting used to. When an SFCC counselor tells the crowd that they're all college students now, Michael Simmons, a tall Shadle Park High School student, echoes the phrase to himself, awed by the idea of it. "College students..." he says. "It's going to be a big change." ♦