Looking to enhance your outdoor adventures this summer? We've got you covered 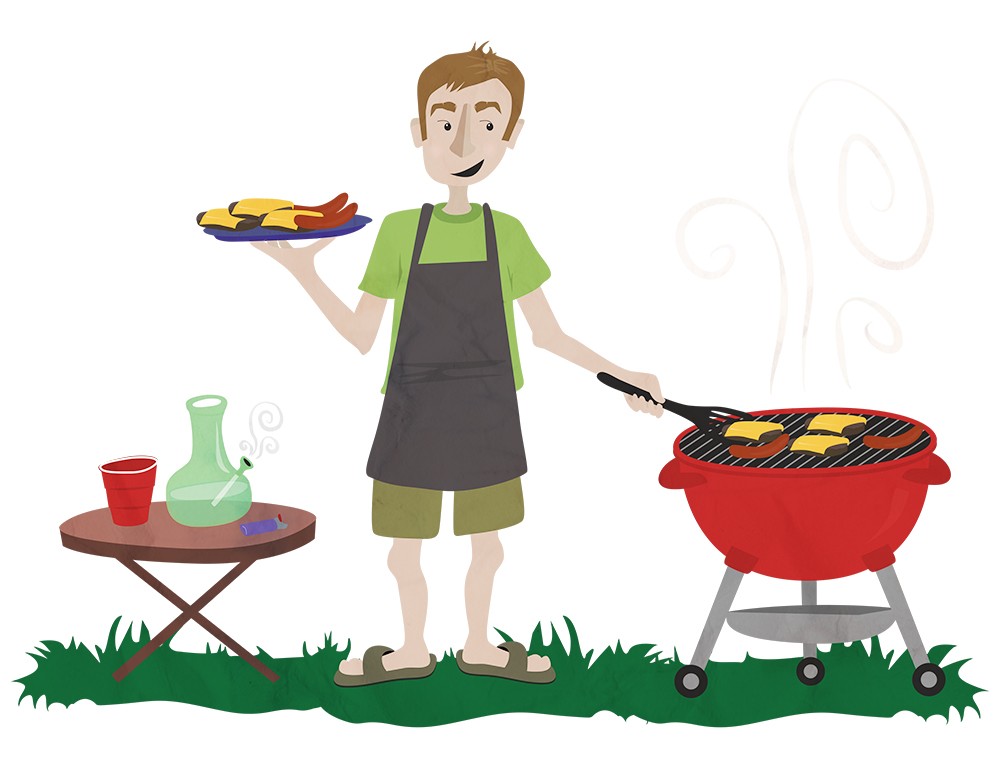 Ali Blackwood illustration
You want to keep your head clear enough to grill — but not that clear.

during the dog days of August, it's practically a rule that you have a cold can of beer in one hand while you do it.

But if you're looking to trade in that cooler full of PBRs for something a little less filling (and more mind-altering), we've sniffed out some of the best cannabis strains to make your outdoor activities a lot more exciting this summer.

"It's a really body-dominant strain that gives you a nice body buzz, but it's aloof and adventurous," Buchanan says. "It's perfect for when you're sitting around a campfire."

Heading to a festival where you're going to be out in the sun listening to music all day? Before you get there, Buchanan suggests trying out Peaches and Diesel, a sativa-dominant hybrid named (appropriately) for a 1977 Eric Clapton song.

"It's really tasty, and it gives you an upbeat kind of a high," Buchanan says. "But it doesn't have too much of a comedown. It's not going to make you crash in the middle of a set."

Catchings says edibles are a good way to go, recommending everything from hard candies to gummies to tinctures, particularly "something that will keep you energetic and focused," he says.

Buchanan's recommendation here is a popular strain called Acapulco Gold, also sativa-based. The buds are so named for their slight resemblance to golden nuggets, and it's known for its toffee-like aroma.

"It's going to get you up and going," Buchanan says. "It's a great way to start your day."

"Sativas give you energy and pep, and they keep you focused for when you're out on the trail," he says. "Drink water, too. That's important."

A DAY AT THE LAKE

Floating on a raft all day, or simply catching some rays on the dock?

"It's almost like having a drink," Buchanan says. "It's really relaxing, and it's kind of giggly and fun."

"I would probably go for an ADAK," Catchings says, "which is a combination of the AK-47 and Alaskan Thunderf--- [strains]."

Despite its intense name, ADAK promises a relaxed, clear-headed high, and it'll definitely amp up your appetite.

"It's kind of chatty and really fun," she says of the latter. "Indica is known to handle the munchies side [of a high], but it's not going to make you want to sit down and do nothing." ♦